A still from 'Insidious: The Last Key'. It is the fourth installment in the Insidious franchise.
Rating:

Director James Wan had brought glory to the horror genre with 'Insidious' back in 2010. The character of demonologist Elise Rainier (Lin Shaye) is certainly the most likable in the franchise. In a deliciously twisted scene, the makers made a mistake by killing her off in the first part. But for the first sequel, ‘Chapter 2’, they brought her back to build up the franchise, and for ‘Chapter 3’, they put even more focus on her by approaching the film as a prequel. A direct sequel to that prequel, ‘Insidious: The Last Key’ finally gives Elise a full room by giving her own origin story.

'Insidious: The Last Key' explores the backstory of ghost buster Elise Rainier (Lin Shaye). Here, Elise is first introduced as a young girl living with her stern father (Josh Stewart), loving mother and brother. Turns out that Elise already had an ability of seeing the ghosts. It is then she unknowingly unlocks a mysterious door for the monster (a tall lanky beast with keys for fingers), which causes a tragedy to her family.

Back in the present day, Elise and her 'sidekick' Specs (Leigh Whannell) and Tucker (Angus Sampson) return to help a stranger dealing with the ghosts in his house. That house turns out to be Elise's childhood home. How Elise fight with this ghost and also her personal demons forms the rest of the story. 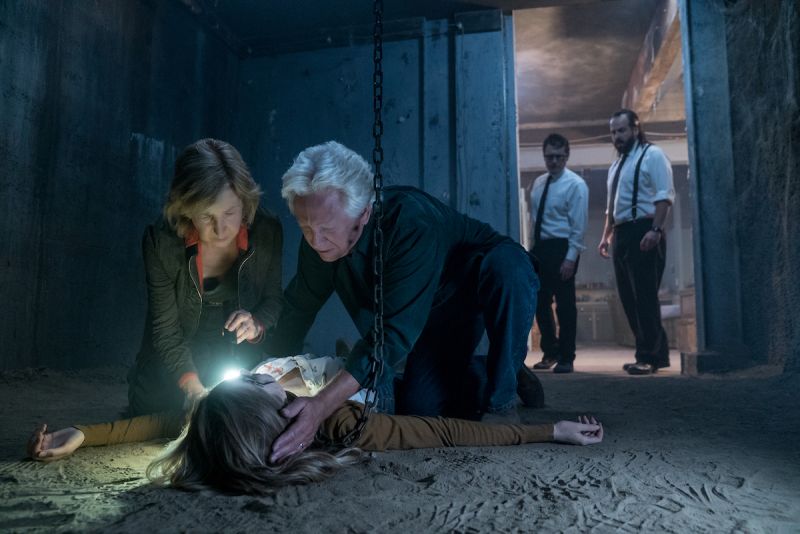 A still from 'Insidious:The Last Key'.

'Insidious: The Last Key' tends to lean towards the familiar. While the scares are well-handled from a filmmaking point of view, it would've been nice to see this groundbreaking franchise continue to attempt to freshen things up with some bold, new ideas. Looks like Whannell didn't care much about logic and any significant character development this time, instead he spent much time only with ghosts appreances and jumpscares. And of course, die-hard horror fans will recognize some of the tricks at play here.

Tucker and Specs provide the film its lighter moments with certain comedy scenes - which feels absolutely jarring and out of place - especially in how Tucker acts around Elise's long-lost nieces. This results into some reasonably creepy jokes. This tonal imbalance in ‘Insidious: The Last Key’ is one of the many distractions in the film.

Lin Shaye's Elise remains an affable and badass character that we want to follow. Her super performance keeps the narrative interesting in this otherwise limp movie. It is especially great to see an elderly actress playing a lead in the horror movie. but honestly, she deserved a better movie around her. All other actors are serviceable.

'Insidious: The Last Key' fails to live up to 'Insidious' franchise's high standards, you can watch it only if you are a fan of horror films in general and looking for some thrills. The ardent fans of the franchise will be disappointed.

Who bowled the most maidens (in a manner of speaking) in the IPL?

Penguin is chilly and even beautiful, while the execution is anything but immersive