A Quiet Place movie review: A tense and twisted blast of a thriller

'A Quiet Place' was premiered at South by Southwest.
Rating:

Do you remember the thrill of watching Steven Speilberg's 'Jurassic Park' for the first time? Or even recent films like '10 Cloverfield Lane', 'Get Out', 'It Follows’? The inventive, smart 'horror' thriller is definitely a genre that's taking over traditional horror cinema. Director John Krasinski, who co-wrote this film with Bryan Woods and Scott Beck, co-produced, and co-stars with wife Emily Blunt, has delivered an edge-of-your-seat nail-biting thriller that hits all the right chords of the genre.

Set in the near future, Earth has been invaded by blind alien monsters, which hunt noise. The film tells a story about an isolated family of four trying to survive these monsters. Any noise in the world makes it a dangerous place, and so there are barely any dialogues, and therefore the family communicate via sign language. 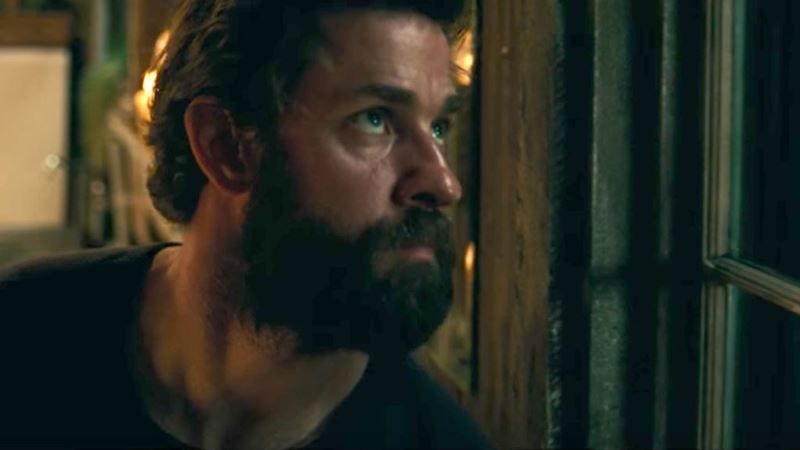 The movie starts off little slow, but it gives much space for the characters to develop their respective story. It has a strong plot and unique vibe to it, as it relies more on visual storytelling and sounds to drive the film rather than plenty of dialogues. Despite of its minimal dialogues it delivers necessary tension that will leave you breathless. The emotionally motivated direction of each shot allows the film to create a sense of unease, adding another layer to its visual style that keeps the viewers petrified.

The intimacy of the film is the main thing that makes it so fresh and interesting as a thriller. While it's more of an intense thriller instead of ‘horror’, that doesn't mean it isn't scary. The moments are filled with pure terror and fear that deliver a satisfying amount of edge-of-your-seat thrills. A true standout sequence being when a heavily pregnant protagonist (Emily) finds herself evading a creature as she goes into labour. This masterfully designed sequence uses the whole environment to its full potential to keep viewer’s heart pumping throughout. 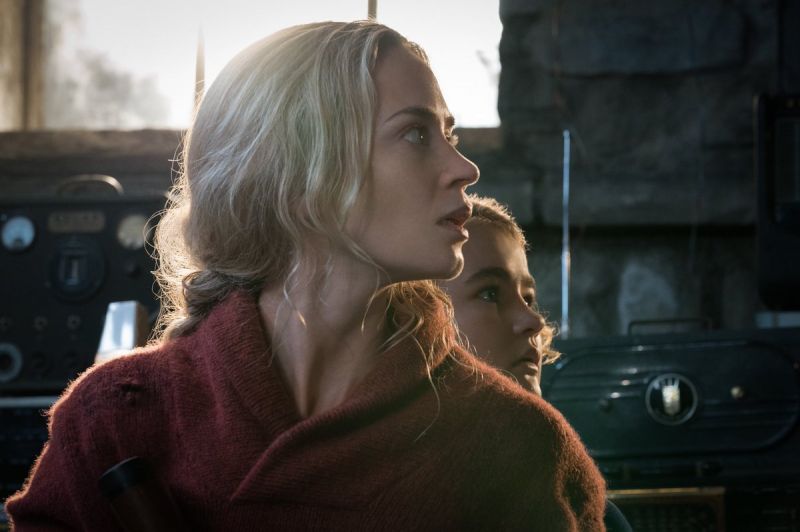 Emily Blunt in the still from the film.

'A Quiet Place' is a clever film whereby its very excellence lies with its simplicity. It's yet another creature attack thriller and at no point does it try to be anything else. However, from the opening sequence, and with one terrific scene early in the film, it quickly sets its own rhythm and director John Krasinski keeps things moving at a rapid rate. The film is first-rate on the technical grounds too. The eerie atmosphere owes a lot to an amazing score by Marco Beltrami and amazing sound design. The 'alien' attack could be an old premise but the storyteller ensured that this turn out to be a novel experience.

The real life couple Emily Blunt and John Krasinski are superb in this film. Their real life camaraderie beautifully translates on screen as they provide great emotional value to the story. Millicent Simmonds as deaf girl and Noah Jupe give very fine performances as the couple’s young children.

There are couple of things which are not explained in the story, for instance, there's little to no back-story of the previous events. The director chooses to give us this in the form of old newspaper articles used as posters on the walls. Also, it is quite baffling that why Emily Blunt's character would be carrying a baby when they know about all the dangers around. But these few little things do not hammer the story flow in any way and keep you on the edge of your seat from start to finish notwithstanding.

Overall, 'A Quiet Place' is a well-executed thriller with very good performances. It is a refreshing movie that certainly stands out from the crowd. A must-see, without any doubts.

The Dissident review: How to kill a dissident, Saudi style