In Widows, based upon the 1983 TV series of the same name, we find director Steve McQueen (12 Years A Slave, Shame) out of his comfort zone. It’s a heist thriller with a twist that brings its characters in unexpected, difficult circumstances. And Viola Davis, who plays a central character, seems sporty enough to take the challenges & in return, delivers a solid performance, yet again.

Set in modern-day Chicago, the story follows four women, lead by Veronica Rawlins (Viola Davis) who come together after Veronica's husband, Harry (Liam Neeson) and his crew of criminals are killed during a heist. Veronica then gathers widows of Harry's associates as they need to pull off another job to save their lives from a furious gang leader, whom Harry robbed. Will they pull off the mission? 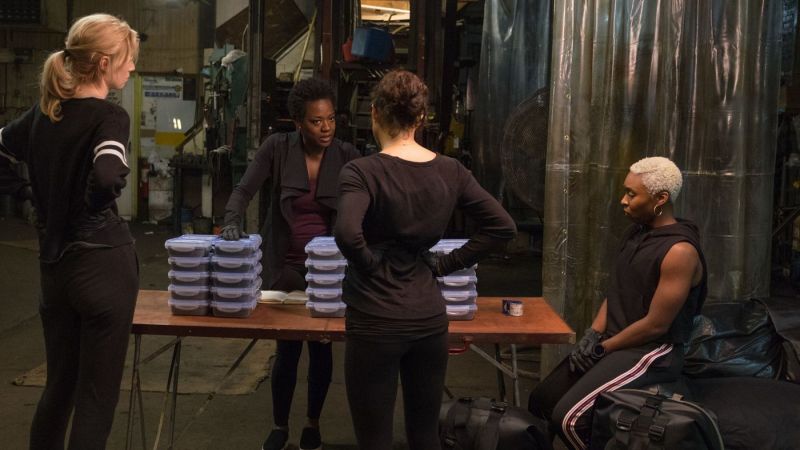 Academy Award winning director Steve McQueen and co-writer and bestselling author Gillian Flynn (Gone Girl), deliver a refreshingly unique film. With powerful screenwriting, the film conveys sub-textual elements like the class war, power politics, sexism, domestic abuse, interracial marriage woven nicely throughout the story. Flynn's masterful writing gives the characters a lot of subtle humour and sharp witted dialogue that makes the film a fun watch. Considering the genre there's nothing much special, though it is carved with committed writing and the excellent bunch of actors that make the difference. The film offers excellent performances and direction while commenting on many social contradictions. In the hands of any other director this would end up as a sappy, melodramatic mess. Instead we are treated to a whimsical drama that detours into humour every now and then.

That said, it's slightly disappointing to see certain shortcomings that dilute the overall enjoyment of the film. The movie gets sluggishly slow at times due to multiple narrative set up. Also, there are too many characters and situations that this film attempts to juggle with, which ultimately hinders the focus on one particular plot-point, besides the primary storyline. However, the surprising twists and turns level up the movie's likeability by a great extent. So it's not completely deranged. The musical score by Hans Zimmer excels as well at bringing a grim and serious tone to the picture. 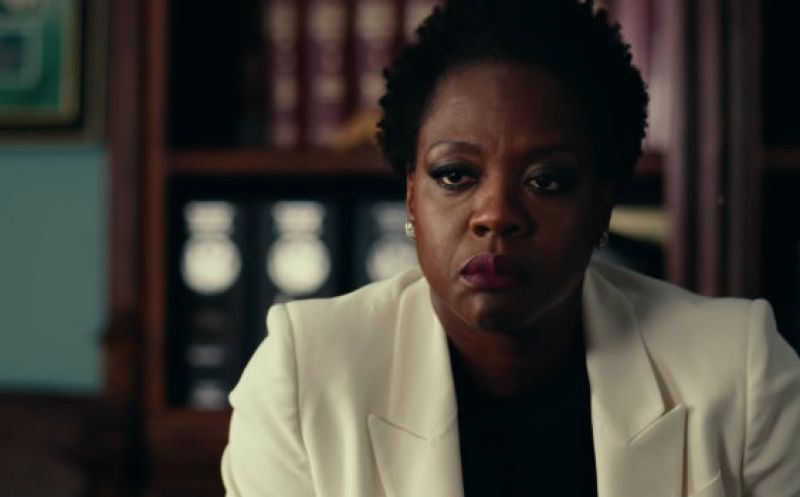 Every character here is sad or unfulfilled, in one way or another. What holds it all together is the fact that every main actor in the film does a fantastic job on selling their characters. Having last witnessed Viola Davis' astonishingly assured performance in Fences, I was optimistic about what she would bring to Widows. Predictably, she is excellent. Davis is once again triumphant in giving a multi-layered, complex, charged performance in the midst of an evocative drama. Elizabeth Debicki, who plays Alice, is a marvel. Shy and awkward but with a willingness to change her fate, Debicki gets the nuances of her character right. Her reactions feel authentic, and her emotional development is very organic as a result. Liam Neeson, whose role mostly comprised of flashbacks, is great even in his limited screen time. Michelle Rodriguez as Linda is very good, and the rest of the cast also performs remarkably well. Daniel Kaluuya, who broke out in last years' 'Get Out', is a real surprise here with his wonderful portrayal of menacing villain.

At the end, Widows is a well crafted heist thriller for all the major characters involved with great performances all around. It is well worth the watch. It’s even better the second time around.

(Widows was screened at the 20th edition of the Jio MAMI Mumbai Film Festival.)