Two women, two countries lying oceans apart and one dream — a movie. Uma Kumarapuram from Kerala and Nicole Donadio from Los Angeles, two young filmmakers, met online out of their passion for filmmaking two years ago. Today, these two dreamers have decided to embark on a journey no filmmaker has attempted in the past. ‘Why don’t we make a full on experimental movie’, was a question they asked each other a year ago. Today the question has materialised into something bigger called Across the Ocean.

Earlier this week, Nicole and Uma shared a video on their social network pages introducing the public to their dream. Through the video the filmmakers spoke about their movie in a nutshell and appealed to the crowd to support them in all ways possible to help them bring out the final product. The video has even garnered the attention of senior directors and other biggies of Malayalam industry. 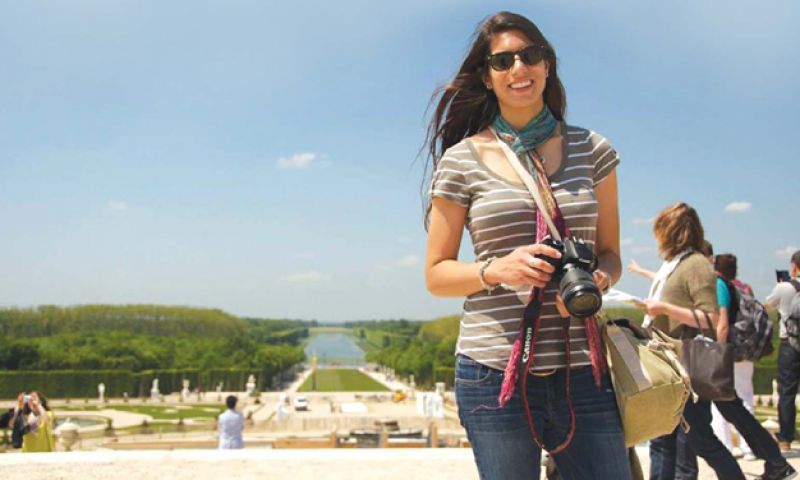 Nicole Donadio So what is Across the Ocean all about? “The movie is about two women who are in no way connected but hold their dreams close to their heart and are trying to fulfil them. The Malayalam version will be shot by me here and the English version will be shot by Nicole there,” says Uma, who is currently working as the chief associate cameraperson for Mammooty-starrer The Great Father. “I am trying to make time somehow. My contribution right now is to share as much information as possible about the project on social media. Nicole is monitoring the campaign right now,” she explains. 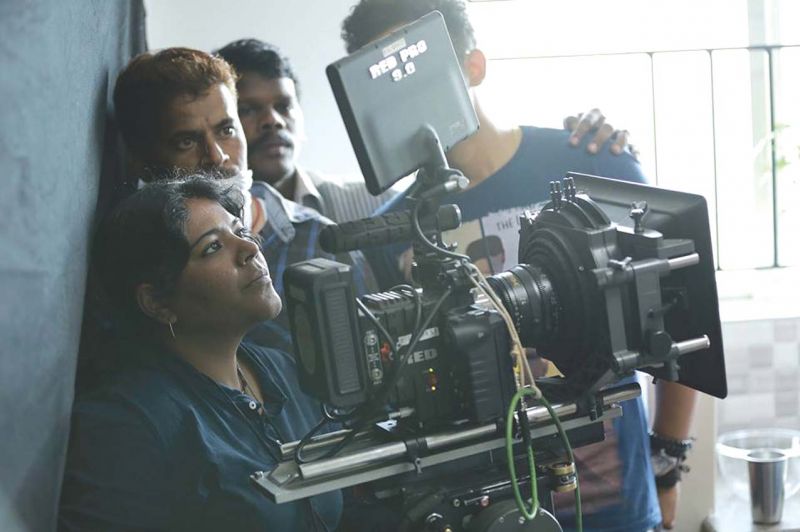 Uma at work, for an earlier film

So how did the friendship begin? Nicole says, “I have made many short films over the years, but recently there came one of my favourites and through which Uma found me online — The Women of Wall Street. It was a short parody trailer, taking on the film The Wolf of Wall Street.” Uma adds, “I found it interesting and messaged her online commending her work and surprisingly, she responded. From that day onwards, our communication grew, we became friends. And then one day, we hit on the question ‘Why don’t we take a full on experimental movie?’ Although Nicole was interested in the idea, she was busy with other projects and backed out. But six months later, I received a mail asking me if the ‘experimental movie’ plan was still on?”

Says Nicole, “I was really excited when we eventually decided to team up to make this movie. I don’t think anything like it has ever been done before, with two different filmmakers from two different countries, and both women! I felt like this could be a very special project to be a part of.” Uma elaborates about their scripting, “There were a lot of email exchanges discussing what the movie should be about and its genre. We were very particular that it has to be female-centric. Since most female-centric movies come under the emotional-drama genre, we wanted to change that and make it humorous. So we zeroed in on a story about two girls. I can easily write a story about a Malayalee girl and Nicole can write about a girl in LA. From there, we started sharing the stories we wrote which were put through quite a few corrections. That went on for one year.” 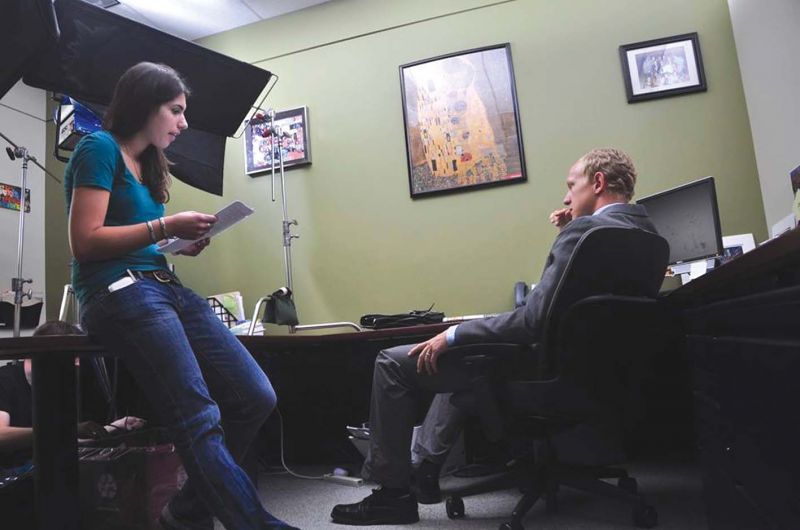 Nicole at work for the 2010 film, A Strong FacadeNicole adds, “The script is locked, locations secured, but the one thing I haven’t done yet is casting. One of the reasons I’m looking to raise money through Kickstarter is primarily to pay for these expenses. Before I offer anyone a role, I want to make sure I can pay them each a reasonable amount.” “Casting from my end is done,” says Uma. “Sija Rose will be playing the lead Nila in the Malayalam movie. Muthumani Somasundaran, Sriram Ramendran, theatre artistes Mohan Angamali and Thankam Mohan are also part of the movie. A teaser trailer is ready from here awaiting editing and Nicole’s teaser will also be shot soon. As soon as the funding is ready, we will begin shooting.”

Emotions are running high for both the women, majorly because they are yet to meet each other in person. “Uma and I haven’t met yet, which is crazy! I’m actually hoping to take a trip to India this winter, so hopefully we will finally meet. Overall, it has been a very easy process making this film with Uma. We work together very well and have similar interests and ideas, which makes it all very easy. I think the only small issue is our 13-hour time difference! Lucky for us, emails, and social media keep us in touch regularly,” Nicole says.

Big Brother on the way