When actress Bhavana got engaged to her beau Naveen in a surprising private ceremony, she was wholeheartedly wished by her colleagues and fans. What went viral along with her engagement photos was the attire — an orange saree that she sported on her special day. So much so that Anu Tinu and Reshma Binu of Label’M who designed her costume were inundated with enquiries for designing the same style as Bhavana’s costume. 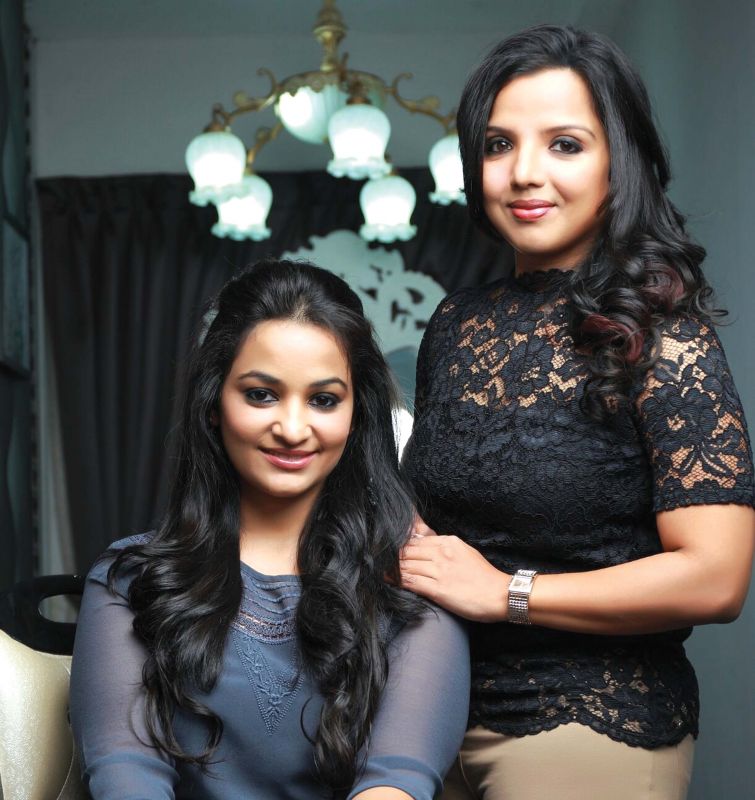 Elaborating a bit more on the attire Bhavana sported, Anu says, “Many thought that Bhavana was wearing a saree but if you look closely, it is actually a lehenga saree which looks like a saree but has stitched readymade pleats which is very convenient to drape.” Talking about how the call to design for Bhavana came, Anu reveals,” We were intimated of the engagement 3-4 days before the function and were told it was a very private affair. We are friends and have designed for her earlier. Bhavana initially wanted a gown and her only requirement was that the colour should be a coral shade. We sent her some designs and she liked the lehenga saree concept because it did not require expert help to drape. We chose a peach-orange brown mixed shade and gave her a hand worked heavy embroidered blouse. The transparent skirt had chikankari work at the bottom and was all stitched within three days.”

Needless to say, the beautiful actress and the attire she wore stole the show on her special day. Anu and Reshma are sisters-in-law who put their heads and talents together a few years back to create a fashion brand that became a hit with women in Kerala who did not have access to designer wedding and party wear dresses. The label is a favourite with actors Kavya Madhavan, Ann Augustine, Meera Nandan and Sandra Thomas.