Kochi: Dileep's Ramaleela, much talked about since the arrest of its lead actor, opened in some 130 cinemas in the state on Thursday.  Director Arun Gopy had sounded like a lost man when the arrest of the star in July in the Kochi actress abduction and assault case.  After countless controversies and many tensions, the debutant finally could heave a sigh of relief, as he saw the theatres more or less full with fans of the star coming to support him, even as the magistrate extended his judicial custody to October 12. 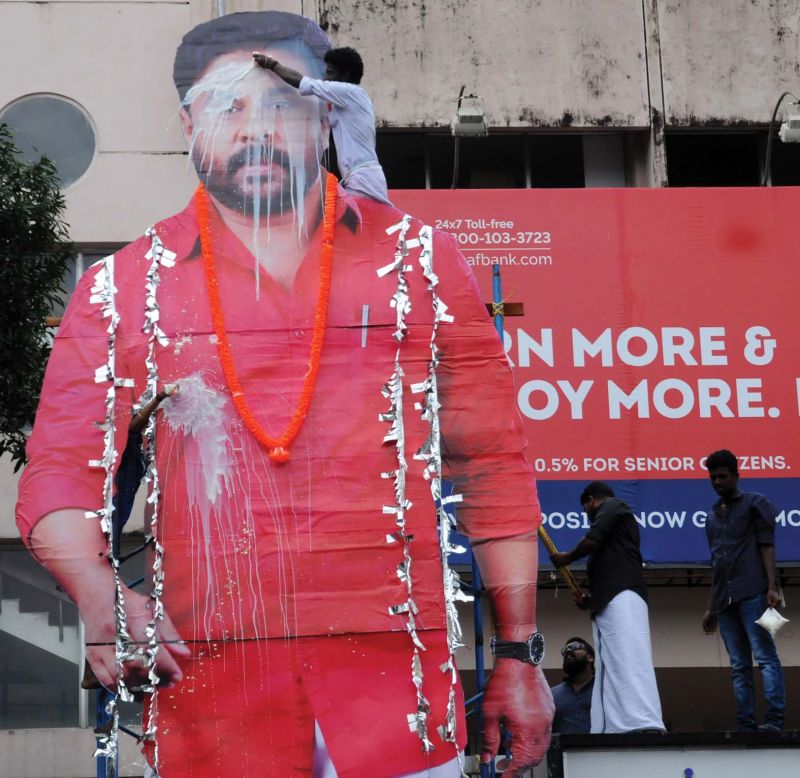 Fans and supporters for actor Dileep celebrated the release of Ramaleela in Kochi on Thursday. (Photo: ARUN CHANDRABOSE)

The political thriller had quite a few lines, coincidentally reflecting the actor’s real-life situation and the audience clapped with joy to celebrate what they believe will prove his innocence. The film, made at the cost of Rs 20 crore by Tommichan Mulakupadam, is the first to release since Dileep’s arrest and fans hope it might help for his release.

But then the usual group that loves Dileep films for its lightheartedness mostly, the families, appears to have stayed away.  Many on the social media also vowed to keep away from the man accused of hiring a rapist to seek revenge on his former co-star with the hashtag avalkoppam (with her) that the Women in Cinema Collective started at the time of the state awards.