Diehard fandom is supposed to be the feeling of oneness, boundless admiration and celebration of love. However, it has ironically become another word for bullying by frenzied mob on criticism or even a harmless comment of any sort that ‘degrades’ their idol. Only a few weeks ago did Tamil actor Vijay issue a statement condemning his fans for viciously trolling a journalist who had disliked one of his movies. It seems the zero tolerance has got into the heads of Mollywood superstar fans too. This week alone, there had been two such unfortunate incidents – of actor-director Vineeth Sreenivasan facing the wrath of Mohanlal fans for referring to their idol as ‘Lal uncle’ instead of ‘Lalettan’ and two-film-old actress Anna Rajan being hurled abuses for a casual remark in a TV show that she would love to play actor Dulquer Salmaan’s heroine and Mammootty (Dulquer’s real life dad) could play his father. The actress had to post a tearful ‘apology’ on Facebook live for her ‘misinterpreted’ comments. Why are fans nursing such intolerant, violent, holier-than-thou attitude, unable to take even an innocuous remark on their darling heroes, who, they must be aware, in reality bear no resemblance to their onscreen machismo avatars? What happened to the intelligent Malayali movie literates? We talk to film buffs, fans and a social media expert from various strata to know their take on this unhealthy worship pattern.” 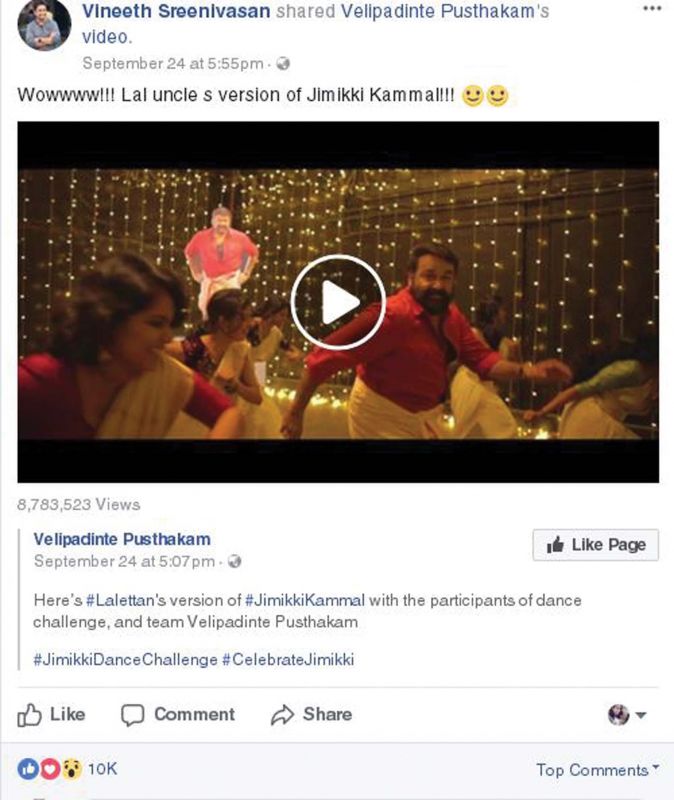 “It’s a natural reaction of fans,” claims an unapologetic fan, who identifies himself as Richu, a former state committee executive member of Mammootty Fans and Welfare Association International and an admin of the Facebook page Mammootty Fans Club. Asked which part of Anna’s remarks offended the fan in him, he says, “It’s evident in the video what the actress meant. What she said was an insult to Mammookka. Anyway, she has apologised for it. So the issue has ended.” He also feels that the fans were instigated by certain online media. “We are common men who love Mammookka, clap for his act, promote his movies and engage in various welfare activities. Trolls (by Mohanlal fans) and news on Anna’s comments were very upsetting and fans reacted. Now the online media has expressed regret and saved their necks, but all the blame is on us! It’s not fair. We are doing a lot of charity activities but you can find only our faults,” Richu alleges. He also adds that Anna should have apologised with a status instead of a video so that a controversy could have been avoided. 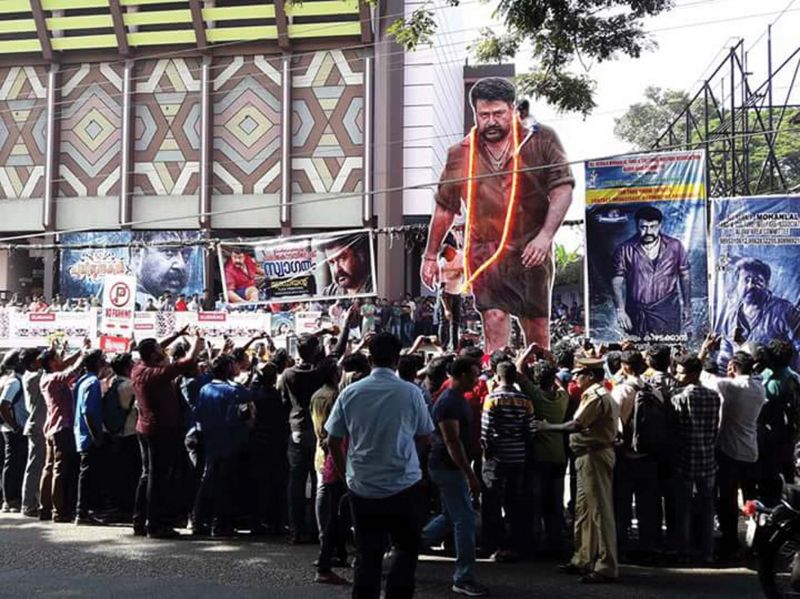 Anna, however, did put up a status. Hours after uploading the apology video, she wrote on her wall that Mammootty had called her up and consoled her over the matter. Meanwhile, the so-called fans trained their guns on whoever commented on the matter. Actress Rima Kallingal, her husband director Aashiq Abu and politician V.T. Balram were at the receiving end of the stream of abuses when they reacted to the Anna apology video. According to Richu, many celebrities with vested interest were taking advantage of the situation by instigating fan fights. 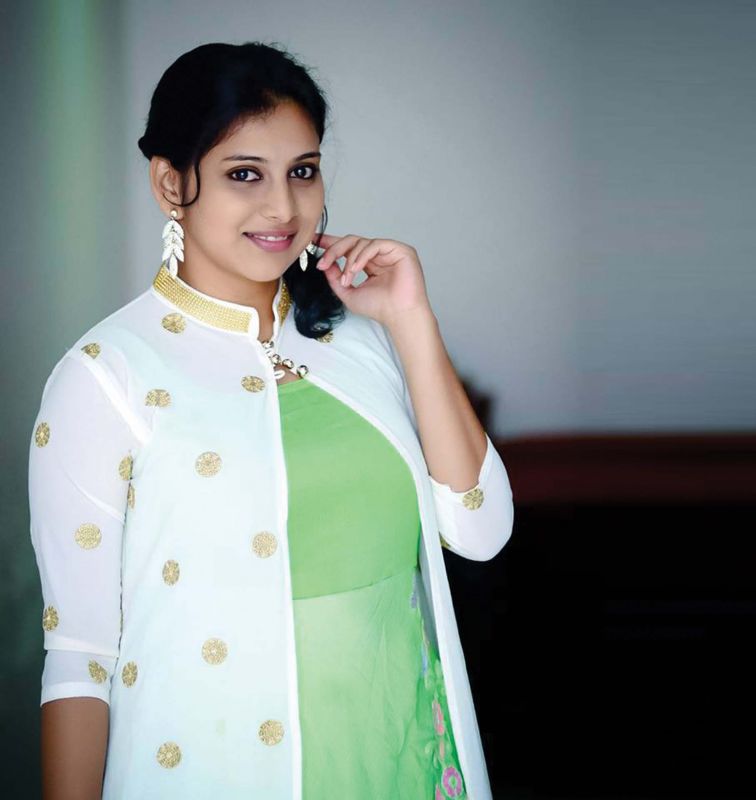 Exclaiming why Anna was apologising, Rima had said that the 65-year-old super brilliant actor could rock the role of her father, like a boss. “How absolutely non-hypocritical, non-sexist, non-ageist lovely beings we are. Who is ruining our name by trolling Lichi?” read her post, which was greeted by misogynist trolls who, quite ironically, addressed the actress in her early 30s as ‘aunty’, ‘ammachi’, ‘kochamma’... The mother of all ironies! 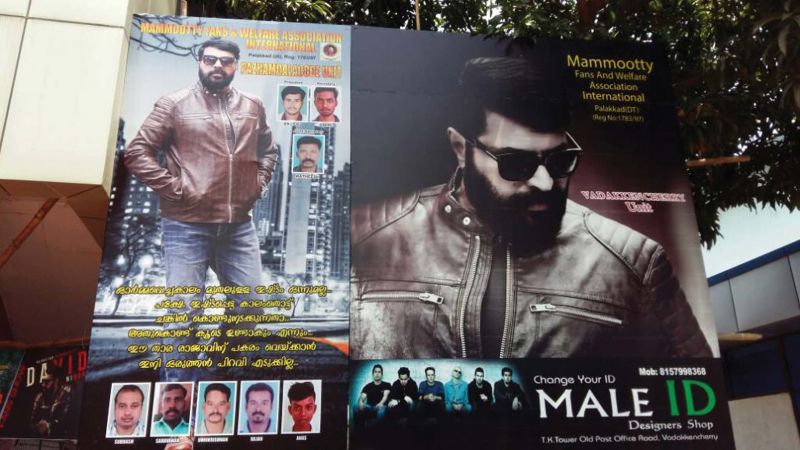 Social media observer Hiran Venugopalan says that what should be healthy discussions and debates often turn into mass abuse on social network. “Be it for politics or cinema, there’d be a mass attack to shut up individuals who don’t agree with them on social media. There is also a trend of commenting with propaganda. For instance, in Anna’s case, two people would comment, ‘you also look bad without makeup’, giving an impression that she had said something about Mammootty’s looks, whereas she didn’t speak a word about it. So a third person reading these two comments may come to the wrong conclusion,” he says. Observing the practice of superstars in Tamil Nadu, Hiran says they have all come out and apologised for such behaviours of fans. “Even Ajith who is not on social media said he is sorry. That is very appreciable. I expected Mohanlal to respond when Vineeth was being attacked. When Vineeth, as a young boy, was asked if he liked his actor-dad Sreenivasan or Mohanlal more, he had said ‘Lal uncle’.”

The ikka-ettan war among fans has been going on since ages, but the fighting took an ugly turn in the recent times. Film critic Vijayakrishnan feels that the actors themselves are to be blamed for the current fiasco. He opines, “Sadly, it is these very same actors who bring up such fans associations. I always pass through this place Jagathy and till date, I haven’t found any Jagathy Sreekumar fans association here because he has never tried to groom it. The current situation is almost similar to the power granted to Bhasmasura. It’s the fans who decide what one should watch or say. Be it actors or politicians, people have the right to criticise or rate their work. That is why it is called freedom of expression. When one section laments that we are losing our freedom to express, the others are turning into this cultureless society that leads to the destruction of this freedom.”

It is high time that the superstars, who are super active in social media, addressed their fans and asked them to stop bullying in their name and start behaving like mature grownups.

(with inputs from Deepthi Sreenivasan, Cris)