A few days ago, the trailer of Muhabbathin Kunjabdulla, directed by Shanu Samad and featuring Indrans in the lead, was released by actor Mohanlal on his official Facebook page. Now, it’s been declared that the movie, which narrates the journey of 65-year-old Kunjabdulla in search of his childhood love Aleema, will hit the screens on August 9.

Kunjabdulla left his home years ago and worked at a hotel in Mumbai. After returning home in his old age, he travels the length and breadth of Kerala to find his love. The movie develops through different persons he meets during his journey, who include a youngster played by Balu Varghese. Interestingly, the movie has even bus and autorickshaw as characters. 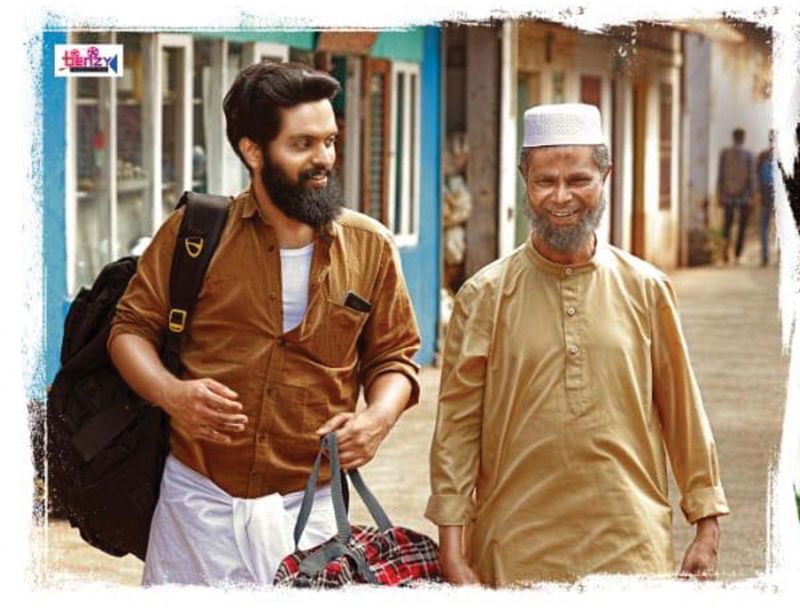 As the director says, it is a different love story that reminds audience of the fact that love has no age. The character also takes a look at various issues prevalent in our society. The movie shot in 14 districts of Kerala also has Renji Panicker, Lal Jose, Rajesh Paravoor, Devaraj, Ullas Pandalam, Binu Adimali, Mala Parvathy, Savithri Sreedharan, Rachana Narayanankutty, Nandana Varma and Sana Bappu in significant roles.

Ansoor handles the camera, and Sajan K. Ram scores the music. Editing is by V.T. Sreejith.

Will do a Bollywood movie if the character demands an actor like me: Tovino Thomas