Epic in a new light

How good is your knowledge on Mahabharata, Bhishma and Karna? Well, guitarist Baiju  Dharmajan tells audience to sit with a fresh mind to digest his version of the celebrated epic and its characters. Something on ‘war-footing’, in his own terms, is going on in full-swing at an editing studio in Kochi. Only two weeks are left for video director Arun to fine tune, chop, add and append things before it goes public. The former strummer of ‘Mother Jane’, who formed his own band ‘Baiju Dharmajan Syndicate’ in 2010, is in the making of his latest, Randamoozham. The first to come is themed at Bhishma, followed by Karna in August. 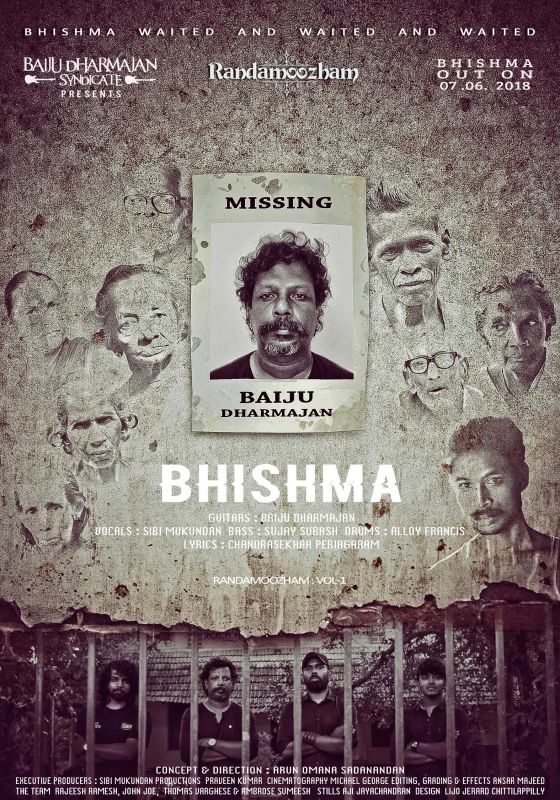 “Our Mahabharata has no bow and arrow or chariot on war scene sequences. Let’s talk about Karna first. Instead of glorifying his virtues, we tell his woes. He lives in modern-day society, among us. If Mani Ratnam’s Thalapathy can picture Karnan’s story in his way, here, it is treated on a fantasy level,” he clears.
We know our film industry is running crazy behind epics and period dramas like never before. Some film connection is here too. The idea belongs to a movie director, Arun Omana Sadanandan, the video director mentioned in the beginning. Baiju had a little more left to do on his one-minute song created for Arun’s movie Manasantharapetta Yezdi. “I sensed the scope to make a full-length song out of it. Immediately, I rang up my ‘chunk’ in Mumbai for the verses to fill in the remaining space, elements of rock added to it,” he says.

Baiju has something interesting to narrate on his source of inspiration. It comes from none other than Kim Thayil, the Malayali lead guitarist of American rock band Soundgarden. “He had this love to fast pace his guitar to slow music and slowdown when the music grew faster. I liked his thought,” he says. A little confused, we ask how it implies. “That is when the listener starts tapping the rhythm in certain way, it veers off to another,” he laughs. In Bhishma, the band members, including Baiju, double up as actors. Arun and two others act in Karna. In minimum budget, crew, camera and all, they went around capturing the visuals and devising music. It is not solely about Karna and Bhishma, other characters from the epic are in the story too. Hang on and see for yourself on June 6.