Every experience teaches us something. For Shemin B. Nair, a young Malayali film researcher, 15 days spent in the earthquake-hit Nepal, became a lesson for life. Shemin, who pursues PhD in filmmaking at the Bournemouth University, England, had gone to Nepal with a team to do an impact study and he went on to make a 360 degree virtual film on the space and the people living there.

“My film is about earthquake survivors, which is a first-of-its-kind,” he claims. “I went to Nepal with the ‘Aftershock Nepal’ team run by Dr Chindu Sreedharan. I was the only Malayali in the team,” adds Shemin, whose PhD is on the topic ‘Indian transcendentalism in cinema’. “I do practice-based study. However, this particular project is not part of my research. I had done video editing for Chindu Sreedharan before. Hence, he invited me to the team. We headed to Nepal on August 8 and returned on August 26.” 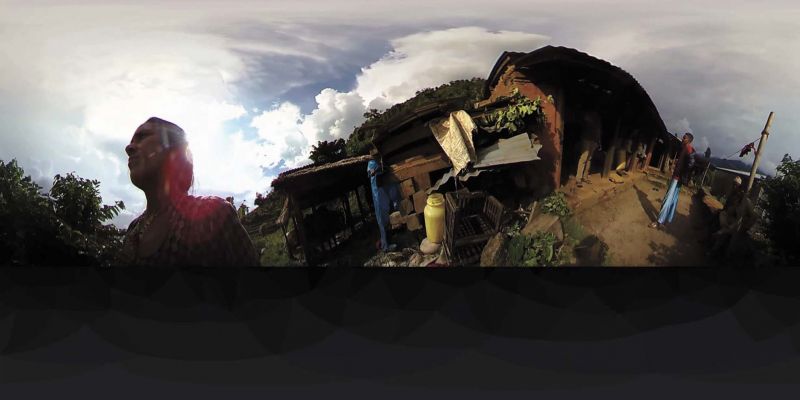 Still from his 360 degree film

Shemin travelled through Kathmandu and a few neighbouring places to witness the change. He stayed in the camps with the survivors to get a better idea about their life after the earthquake recorded 7.8 on the Richter Scale. It occurred in April 2015, killing more than 8,000 people. He interacted with the local people and listened to their stories. Eventually, he zeroed in on two stories for his 360 degree film. “One story is about migration while the other narrates survivors’ lives in temporary camps,” says Shemin. “I took two villagers to decode the migration part. They moved to the urban space following the quake. They were farmers.” 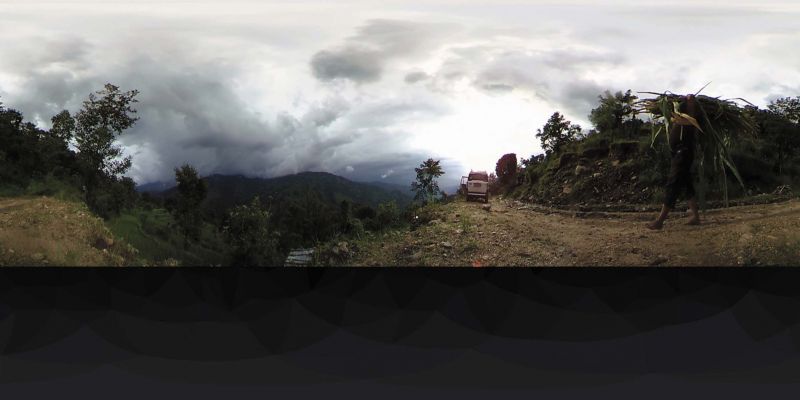 “The calamity hit them badly, damaging their agriculture space. They had no other way except moving to Kathmandu. The second one, which is about life in camps ends with a positive note,” he says. Shemin’s film is told from the perspective of survivors. But why did he choose the 360 degree angle? “It is because the place plays a pivotal role when it comes to narrating life of earthquake survivors. People are emotionally attached to their homeland. I have also chosen stories accordingly. I could define the change properly while comparing two places. Take the story of migration. I am comparing two places and how the feelings of its inhabitants change. These migrants are still not able to adapt to the new location. They could find happiness only in farming.” 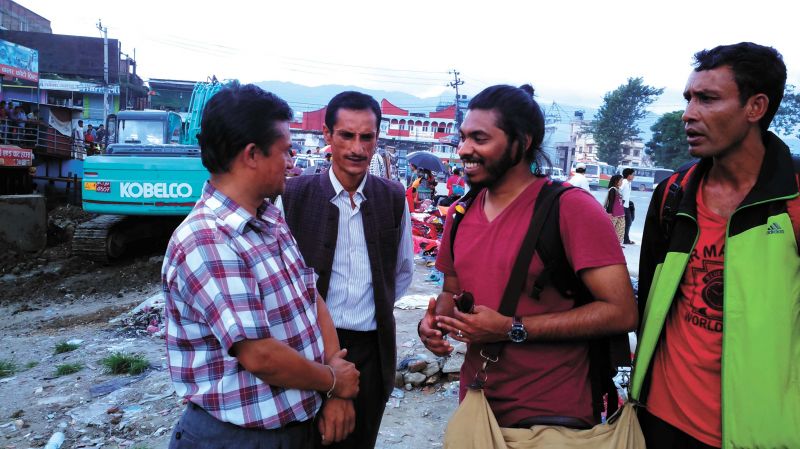 The shooting was a challenge for the filmmaker in Shemin. “It was a learning experience. The technique used was different. There were limitations. Roads were bumpy and muddy. In fact, there are no proper roads,” says Shemin who believes that even the 360 degree is insufficient to capture their life. He likes to put the journey as a lesson for life. “Calamities remind us of equality. The rich and poor stay under one roof. They share meals without any hesitation. When we were in the camps, they made sure that we ate enough. Their hospitality touched us,” he says, recounting the tale of Parasuram, an inhabitant. 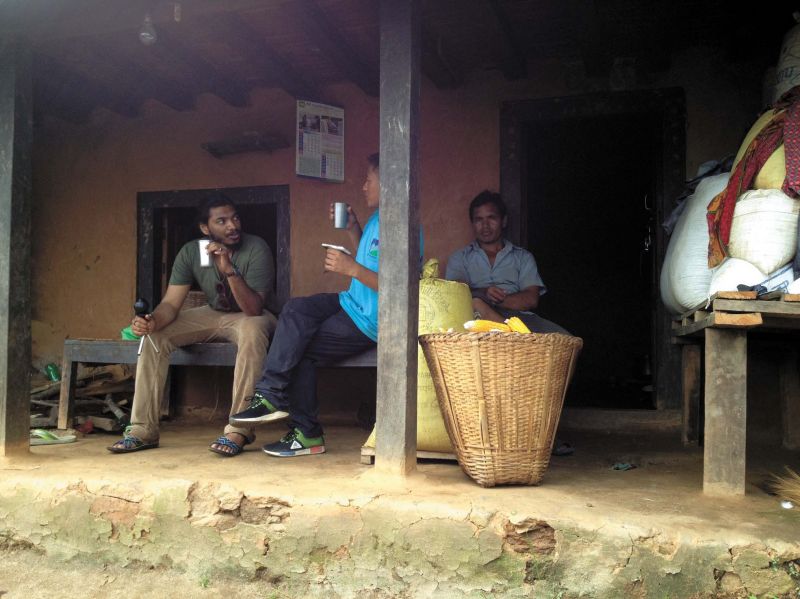 “He was a rich farmer with many employees working under him before the quake hit Nepal. Now, he stands with beggars in Kathmandu.” Shemin didn’t think the journey would help his studies, but indirectly it did. “My study is a combination of Indian spirituality and cinema. In the camp, I met people who stored grains for a year. But, everything went futile. The visit helped me understand that disasters make human beings mature and take them to a higher level of spirituality. There is no ego and possession.”