A graceful punch from Nayanthara

Kolaiyudhir Kaalam (Season of Murders) is the name of Lady Superstar Nayanthara’s upcoming Tamil movie. But it seems what it has kicked off is a season of controversies! A few days ago, at the trailer release of the film, K-town’s notorious man of controversies Radha Ravi slut-shamed Nayanthara in a series of distasteful, misogyny-laden remarks. The actor had said, “Nayanthara acts as a ghost and as Sita! Earlier, actresses like K.R. Vijaya used to play a goddess. Now anyone can. They can cast someone who you want to pray to when you look at them or someone who you want to call towards you!”

The comments were quick to cause uproar, first from singer Chinmayi Sripada, who was earlier banned from the dubbing union for raising sexual harassment allegations against Radha Ravi, followed by actors Rohini (who too was ousted for speaking against the dubbing union head), Varalaxmi, Radikaa, Tapsee Pannu, Vishal and director Vignesh Shivn, who is Nayanthara’s fiancé as well. Following this, Radha Ravi was suspended from Dravida Munnetra Kazhagam (DMK) and production house KJR Studios banned him from their future projects. Kollywood actors’ guild Nadigar Sangam condemned Radha Ravi and issued him a warning. This comes as a breather because no action of such magnitude had happened when many women in Kollywood had come out against their perpetrators during the MeToo storm.

Already facing multiple sexual harassment allegations while contemptuously enjoying coveted positions in the Tamil film industry and shaming the survivors, the powerful Radha Ravi had been allegedly making sure that anyone who raises a voice against him would be out of job as in the case of singer and voice artiste Chinmayi. She has been alleging that she has been out of work ever since she called out the sexual predators in Radha Ravi and lyricist Vairamuthu.

Excerpts from the statement

“I would like to remind Mr Radha Ravi and the likes of misogynists like him that they were also given birth to by a woman. By demeaning the status of women and passing sexist remarks, these retarded men get a feeling of machismo. I feel terribly sorry for the way they treat women in an opinionated way and my empathy remains with all the women who live in the families of these ‘macho’ men. As an actor of considerable seniority and work experience, Mr Radha Ravi should have led the younger generation by example, instead he has chosen to take up the role of a misogynist ‘role model’.

These are troubled times for women, as women are establishing themselves predominantly in every field of public life and asserting their due place in this era of meritocracy. When actors like Mr Radha Ravi fall out of business and become irrelevant, they tend to rely on cheap popularity tactics in order to grab some limelight. What remains shocking about his male chauvinistic speeches is that he never ceases to get applause and laughs from some members of the audience. As long as the audience encourages sexist remarks, speakers like Mr Radha Ravi will continue to thrive on misogyny and cracking of jokes denigrating women.

Irrespective of all negative remarks and aspersions cast upon me, I shall continue to take up the multifaceted roles of Sita, ghost, goddess, friend, wife, lover, so on and so forth with the sole intention of providing maximum entertainment to my fans.

My humble question to the Nadigar Sangam: Will you set up the Internal Complaints Committee as per the Hon’ble Supreme Court’s dictum and commence an internal inquiry as per Vishakha Guidelines???” 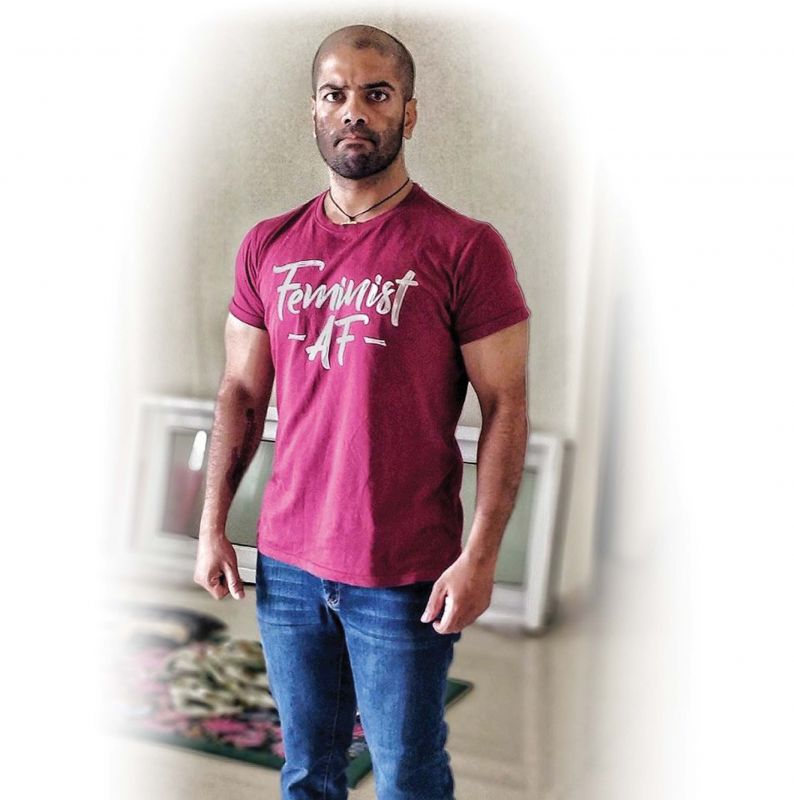 Musician Govind Vasantha, who, a day ago, expressed his brave stance on Facebook in two sentences – “Chinmayi Sripada WILL sing in my films till SHE says NO to me. No one will decide on behalf of me” – watched the whole turn of events hopefully. “It’s an irony that it’s the same Radha Ravi who, when accused by Chinmayi of sexual misconduct, stayed in the job while she lost her work. Now, when he talked against Nayanthara, action is taken. This had to happen. Better late than never!” Earlier, Govind had tweeted, “Saw a post saying Radha Ravi is a joke. Oh please don't take it light. He ain't a joke. "HE IS VENOM"!!” 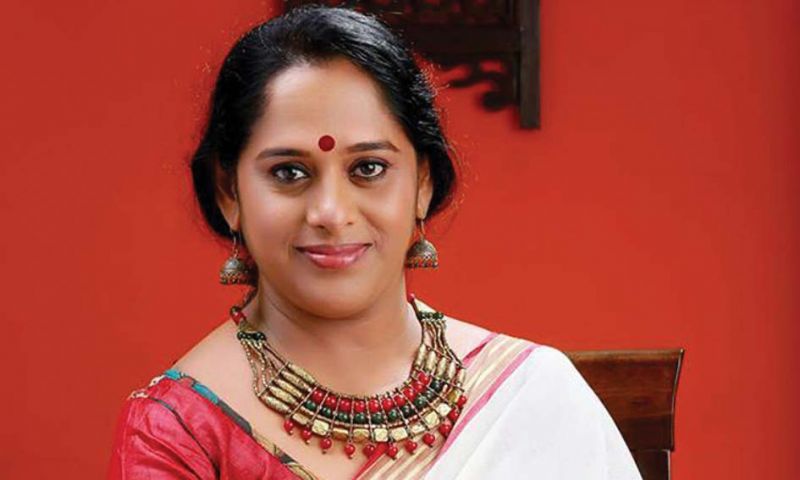 It was Chinmayi who brought to life Govind’s compositions Kaadhale, Vasanthakaalangal and Thaabangale and the voice of Trisha Krishnan in the super hit movie 96. Calling the singer a fighter, Govind stresses that he stands with his statement. “Chinmayi fought it bravely, went to court and got an interim stay on her removal from the dubbing union (headed by Radha Ravi). Yet, there’s an unofficial ban on her. When a talented state-award-winning singer with over 15 years experience in the industry says that she hasn’t recorded a song since October 2018, it’s not right. Nobody has directly asked me to not work with her, but when I suggest her’s as an apt voice, I have been told to try new voices. When you connect the dots, you understand, right?”

Govind confirms that he will be working with Chinmayi in the Telugu remake of 96 too. “Even after this project, if her voice suits my song and the character, I will go ahead with it. I just need the director to agree with me.”

Interestingly, reactions to the assault of a female colleague in Kollywood and Mollywood are like chalk and cheese. When an actress was assaulted in Kerala two years ago and another powerful actor Dileep was named an accused in the case, what followed was a cacophony of absurd reactions barring a few sane voices. A few actors who chose to back the survivor lost their jobs like Chinmayi. The rest rallied behind the accused, stood by him, hailed and sympathised with him ‘for being hunted and harassed for months unlike the actress who suffered for ‘just’ a few hours’ and even went on to ‘advise’ the survivor to “think wise while choosing friends”.

Asked if Malayalam industry would learn anything from across the border, B. Unnikrishnan, general secretary of the Film Employees Federation of Kerala (FEFKA) and   the director of Dileep’s latest movie Kodathi Samaksham Balan Vakeel, bursts out, “Why do you compare Dileep with Radha Ravi? When this case came up, Dileep was ousted from all organisations; he is not part of any outfit. However, nobody can stop him from working. He still under trial; how do you brand him as a culprit? A state-award-winning actor like Jagathy Sreekumar had faced trial (in Vithura gangrape case) for about 10 years and even after he was acquitted, he was hunted. Only after he suffered an accident did the government drop the appeal against him. During this period, Jagathy received two state awards!”

Actress Sajitha Madathil, a member of the Women in Cinema Collective (WCC), expresses joy over the action taken against Radha Ravi and opines that such a move is not even a possibility in Malayalam industry. “It’s the fans associations that decide matters here. There is no space for action against any crime here. The situation is worsening day by day. If possible, they would make a film on the accused. Isn’t that the trend,” she asks.

Sajitha adds that the MeToo movement hasn’t died down. “It might be a fad for many, but not for us. We can’t leave it just like that. We are organising seminars and developing a manual for workspace. Let more stories come out, more research happen. Only then can all the issues in the industry be solved. Changes need to be made by the industry people itself. Let them look beyond the set frames. No one else can act for them,” she says.

Calm or fierce or furious, whatever the tone is, all the statements point to one solution. Take the plunge and act. Like Che Guevara said, “Revolution is not an apple that falls when ripe; make it fall”.

Comparing Dileep to Nambi Narayanan, Unnikrishnan says, “See what happened to Nambi Narayanan! The same media who hunted him for years apologised to him. Dileep has the right to work. What would you say when Dileep gets acquitted at the end of the trial? Dileep has been removed from the fold of all associations and no one will deny him work in the name of a trial. That’s my stance.”