The long and short of movies

There are not many actors in Malayalam cinema like Anjali Nair who can handle movies and short films with equal aplomb. Several upcoming Malayalam films have her name in the credits. That she had made a name for herself in commercial cinema has not stopped Anjali from acting in short films. Now, her first bi-lingual short, Chitra, is getting released today in Malayalam and Tamil.

“I never discourage talented short filmmakers from approaching me. If I get a few days off, I’d do their film. To be frank, my role in Chitra is too light a task. I’d say, its makers toiled harder than the actors,” says Anjali. She is the leading lady, Chitra, a happily married homemaker and mother. Sexy Durga fame Kannan Nayar is the male lead in the film directed by Arjun Ajith.

Before the commencement of film shoot was a photo session. “I arrived on the location fully prepared for the film. The photo session more or less resembled a post wedding shoot. A chemistry worked mutually well between Kannan and I. It eased out our before the camera sessions,” says Anjali.

In no time, photos of Chitra started circulating across Facebook accounts of the cast and crew, enough to create confusion. She shares the most hilarious part of it. “There was a wedding photo taken as part of it. People thought it was my real life wedding. Same has happened with Kannan. It was a big joke,” she laughs. 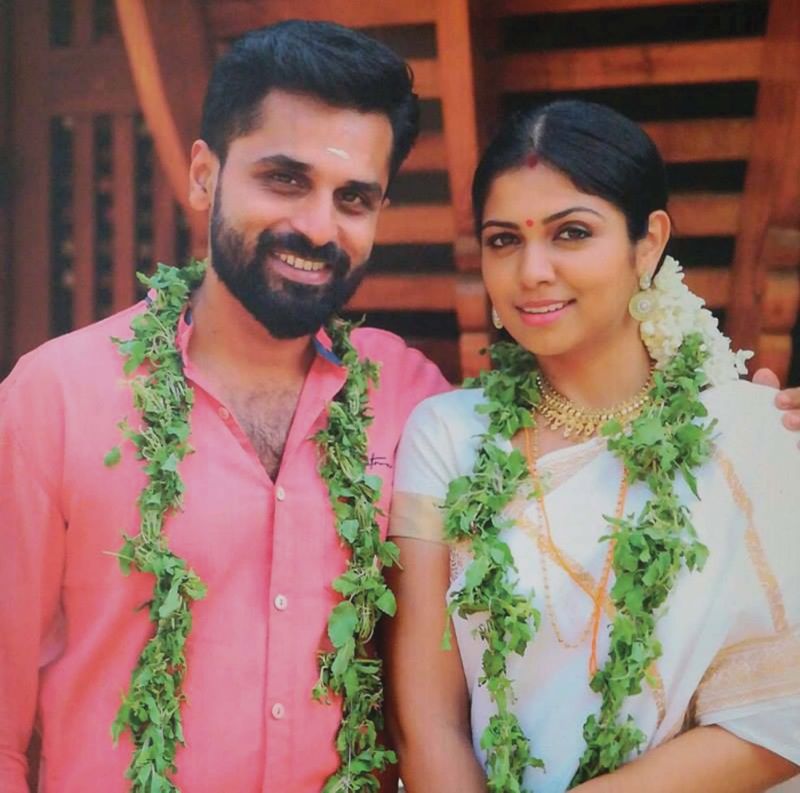 The wedding photo from Chitra that created confusion.

The plot unravels through a series of flashbacks. Chitra is a loving wife, holding much respect for her husband. An unfortunate incident occurs and their life is in tatters. Rest is, well, suspense.

Anjali is presently shooting for a Manoj K. Jayan starrer in Guruvayur. She spreads out a long list of movie names, when asked about her assignments. The most exciting of them is as the mother of Manju Warrier in the upcoming fan movie, Mohanlal. “I am the mother of Meenakshi, not the grown up Manju Warrier, but the little one,” she beams. Anjali and Manju are together in Aami. Her character Khamarban is paired opposite Anoop Menon. In another film called Kalam, directed by Sooraj Sreedhar, she plays the lead.

Role Models, Chunkzz, Shyam Dhar’s Mammootty starrer and Pokkiri Simon are some of her films to hit the screens.