A keen eye for cinematography

Abhinandhan Ramanujam on the sets of Nine.

Abhinandhan Ramanujam makes it a point to return to the place where he first started. We haven’t heard much of the five-Malayalam-films-old Chennai native who made a take off to the silver screen from Kerala. At the foothills of Manali, he is doing his fifth in Malayalam, Prithiviraj’s production debut, Nine. The tango of light has very little to do for Abhinandhan. He waits for the dark to set in and soon begins his play with the shades of grey. In every comeback, the man behind the lens of Amen and Darvinte Parinamam keeps some USP for his work, mostly experimentation with the equipment in hand. If he amazed while shooting the climax sequence of Double Barrel lining up four high-end Red Dragon 6K, for Nine, he introduces what is claimed to be the first Red Gemini 5K camera in Indian cinema.

The new tool arrived only a day before he set out to shoot the chilling sequences of Nine in Manali. “Most of the cameras used to capture low light situations cannot bring up a precision like this one. While the standard digital specification is 800 ISO (a specification indicating how sensitive a film is to light), in Gemini 5K, it goes up to 5000. I therefore named it Owl. The script demands lots of outdoor situations. Almost 60 per cent of the film is to be shot at night,” he says.
Directed by Jenuse Mohamed, Nine is a melange of horro sci-fic. It is the joint production of Prithviraj Productions and SPE Films India, distributed by Sony Pictures Releasing and marketed by Poffactio. 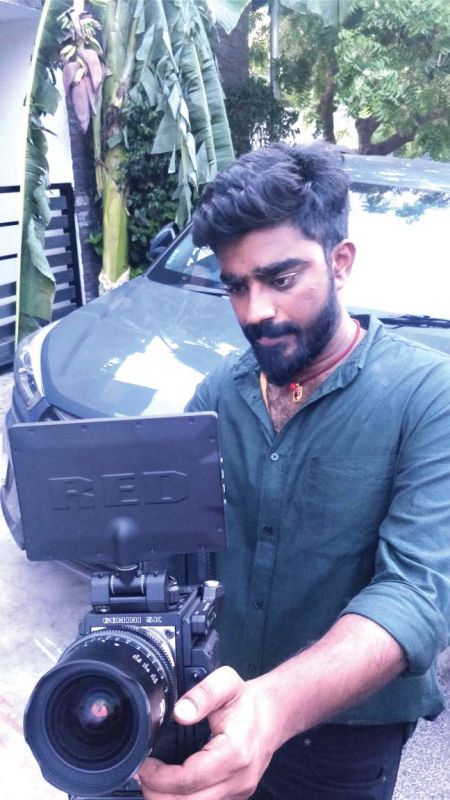 With the camera alone, a full-moon day can be shot with utmost clarity. Red Gemini 5K, is the latest in the market, a March arrival, promising cleaner imagery with less noise and better shadow detail. “For instance, if there is a person in a forest holding a mobile phone in the dark, that would exactly be captured by the camera demanding very less extra light settings. The technology was first tried in the US. There is a Red 8K Helium camera with me for daylight, which is a choice for other cinematographers too,” says Abhinandhan.

Having proven his mettle in other language industries in a short span of four years — Tamil and Hindi — Abhinandhan is in high demand in Malayalam. “I have been part of discussions but I take only one film at a time. In all likelihood, I will soon have one more in Malayalam with a known director,” he reveals.