MeToo is no fad, Mr Lal

A day ago, the actor Mohanlal, who was in Dubai for a show ironically titled Onnanu Nammal (We are One), aired his views during a press conference and later in an interview, where he termed the #MeToo movement a ‘trend’.

In the recent times, Mohanlal has been vocal about his dual position – as a person and as the president of A.M.M.A. (Association of Malayalam Movie Artists), especially whenever he had to speak about the conflict with the Women in Cinema Collective (WCC) and gender disparity in the film industry. It’s a Jekyll-and-Hyde reminder when the blogger pours out his heart against injustice and supports social causes, whereas his alter ego famously concludes a press conference with the dialogue, “I support the survivor and pray for the accused.”

A day ago, the actor, who was in Dubai for a show ironically titled Onnanu Nammal (We are One), aired his views during a press conference and later in an interview, where he termed the #MeToo movement a ‘trend’. “There’s no big problem in the Malayalam industry… You shouldn’t think of #MeToo as a movement actually; it’s a fad and it’s turning into something of a fashion. Anything like that will have a lifespan for a bit,” he reportedly said at the press meet. 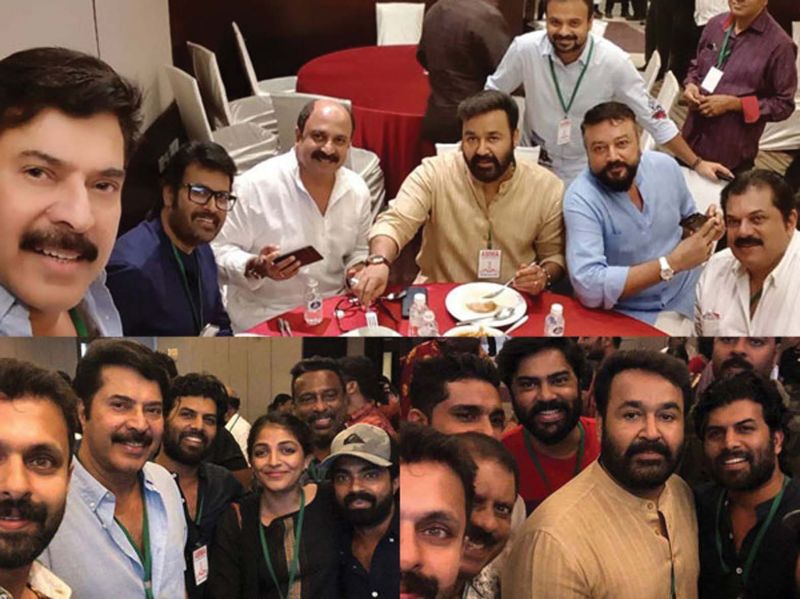 Saying that sexual misconduct could happen anywhere in life and not just films, he also put forth a suggestion, “We (men) can also come out with a #MeToo, gender-wise.” Though he quickly added, “I cannot make a comment on that. Only when you experience something like that, can you make a comment on it. I don’t know much about it (MeToo).”

Mockery of women’s movements, however, is not new for A.M.M.A. Earlier this year, at a stage show, the organisation members, including Mohanlal, had performed a misogyny-laden skit ridiculing women’s organisations, in an apparent reference to WCC. 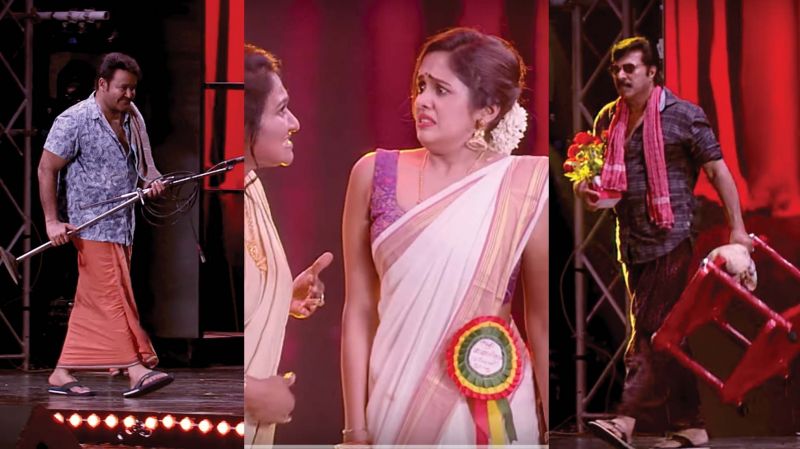 A screen grab from the A.M.M.A. skit

Asked about it, the actor commented, “Let me tell you that it’s your perception. We have no problems against WCC and A.M.M.A is just a small club with its own set of rules. When you watch our

programme, it’s your decision as to how to perceive it. It’s your judgement and if you think that we are ridiculing you, then it’s your intelligence. We have never focused on such things. It’s their demand and intelligence that make them feel that we have done something wrong.” And with a chuckle, he adds, “If you are very particular, then we will bring out another skit this time.”

Interestingly, Mohanlal’s comments came on the same day UN Secretary-General António Guterres, commemorating the upcoming International Day for Elimination of Violence against Women, termed violence against women ‘a global pandemic’ and ‘the manifestation of a profound lack of respect – a failure by men to recognise the inherent equality and dignity of women.’

A WCC member, who doesn’t wished to be named, sees Mohanlal’s comments as highly irresponsible. “This is not a good way to respond. Trivialising a great movement like MeToo in such a fashion is a very grave issue. When the comment comes from a person of such stature, it shows his attitude. This is what we have been trying to say – how our voices are being ignored and made fun of. We hope his words show people the issues we have been raising,” she says.

This year’s theme of UNiTE campaign is ‘Orange the World: #HearMeToo;’ while the colour orange is used to draw global attention to the issue, the hashtag is encouraged to put survivors and advocates at the centre of the conversations. In his message, the UN Secretary-General says, “We need to do more to support victims and hold perpetrators accountable. But, beyond that, it is imperative that we – as societies – undertake the challenging work of transforming the structures and cultures that allow sexual harassment and other forms of gender-based violence to happen in the first place. These include addressing the gender imbalances within our own institutions.”