The Kerala police’s Social Media Cell has been winning hearts through hilarious memes that are inspired from popular culture and cinema. Since its start six months ago, the state police’s social media wing has made many ‘lols’ and more importantly, disseminated a lot of useful messages, especially via their Facebook page which is followed by over eight lakh people. Many of their Facebook posts are so hilarious that they put the famous troll pages to shame.

The Social Media Cell was opened with just one objective, to gain acceptance among the youth. Now that it has been achieved, the Cell is looking for more means to disseminate messages in public interest. Their first short film titled Viral, featuring actor Prithviraj, talks about the pitfalls in the cyberspace. Civil police officer and director of the short film Arun B.T. says that it is just a beginning. They are planning to bring out many short films and documentaries aimed at creating awareness. “The film was an extension of the Facebook posts and trolls we have been doing for the past six months. We wanted to do something to make people aware of the dangers that lurk on the internet. As short films can be more appealing, we decided to go that way. After getting the nod from senior officers, I decided to write and direct the short film.” 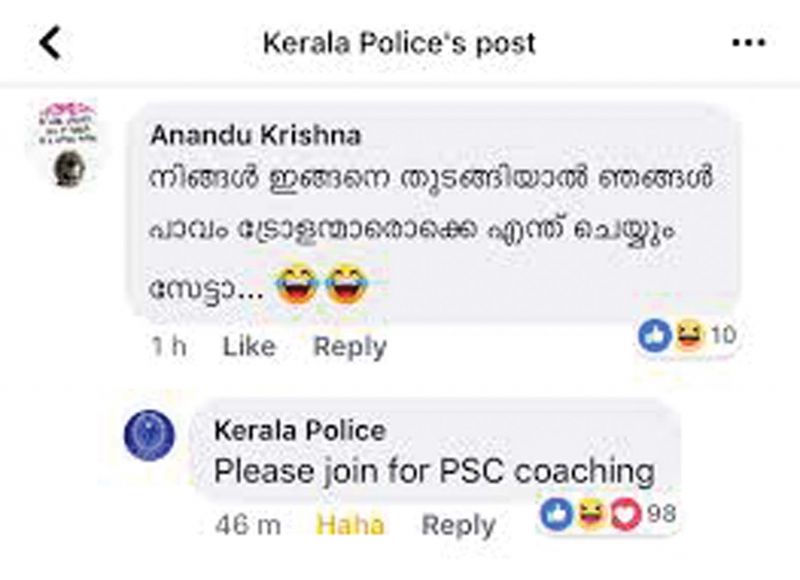 The film begins with a scene where a girl chats with her boyfriend who asks for her private photos. Meanwhile, the camera pans away to focus on her childhood photos and graduation ceremony photos. The boyfriend tries to convince her to send her nude photos. Eventually, she agrees. Then we see a spider weaving its web, ready to trap its prey. The girl later realises that many people have watched her private photos as they went viral. The film concludes with a question from Prithviraj: do you want to be viral like this? He also explains the dangers of sharing private photos, videos and files via smart phones.” 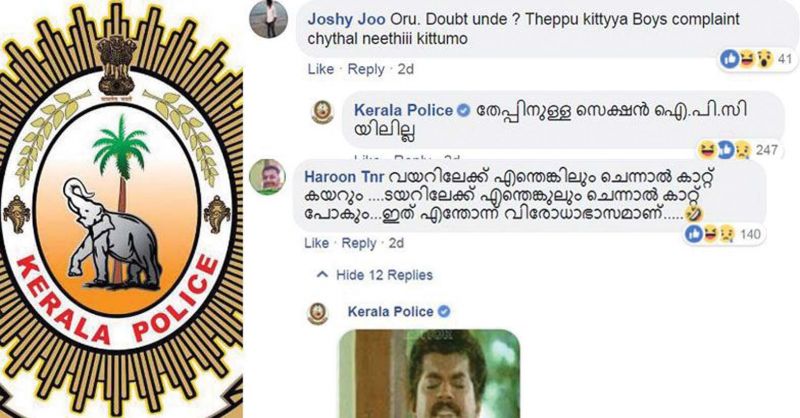 Arun, who worked as a media person in Doordarshan before joining the police force, says he always loved making short films and documentaries. Before joining the Social Media Cell, he worked in the Cyber Cell where he had seen so many similar incidents. “When we decided to make a short film, I didn’t have to think twice before taking this theme. I have seen a lot of cases where private photos and videos, especially of women, were misused. I drew inspiration from those incidents.”

Arun says they find trolls as an easier way to communicate with people as well as create awareness. “We have many great artists in the force. There are people like me who are interested in filmmaking and writing and graphic designers with a sense of humour. They make these hilarious posts. In fact, this is a great opportunity for us to showcase our talents,” smiles Arun. 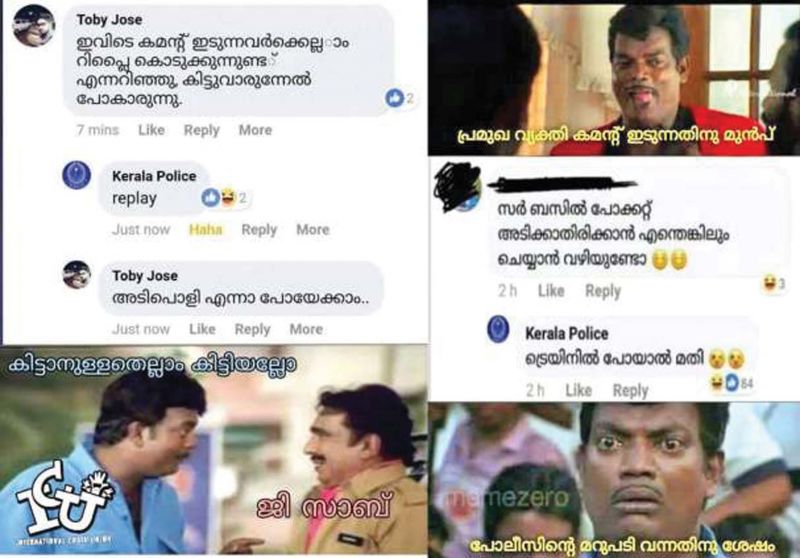 Sankardas V. has done cinematography and editing. The cast and crew offered their help for a good cause and worked in the film without asking for any payment. Shradha Babu plays the role of the young lady in the short film.

Arun says the team will carry on with the good work since it has got positive feedback.

“The next would probably be something related to traffic rules,” he concludes.