A still from the song Ayalathe Veetile from the movie Matinee

‘Item dance’, a clever mix of entertainment and objectification of female body, has become a quintessential part of masala movie package in Malayalam. why?

Who doesn’t like shaking a leg to a peppy dance number? High-octane movie songs, irrespective of the language, have always managed to gain popularity and top the chartbusters. But, which are these songs? If we name a few songs that are the favourite club or party songs of year, each one is definite to come under one list – ‘item songs’. It would be more convenient if we browse ‘top item songs of the year’ and then ask people which is their favourite because the list is so long they tend to forget names. Item numbers have been remaining a hot trend in movies for a while and are expected to flourish in the coming years. The matter of concern is that these dance numbers do not just confine to being the ones that elevate the mood of a party with their beats and rhythm. These ‘item dance numbers’ can also be viewed as a platform that degrades womanhood with the main lead (even superstars) being portrayed as an object, wearing skimpy clothes and loud makeup, dancing to songs packed with misogyny and sometimes even projecting themselves in the most derogatory way possible. Even Mollywood has been swept away by the item dance fever with porn star Sunny Leone shaking a leg with Mammootty in his recent release Madhuraraja and the Prithviraj directorial Lucifer having model Waluscha D’ Souza performing to the songs. 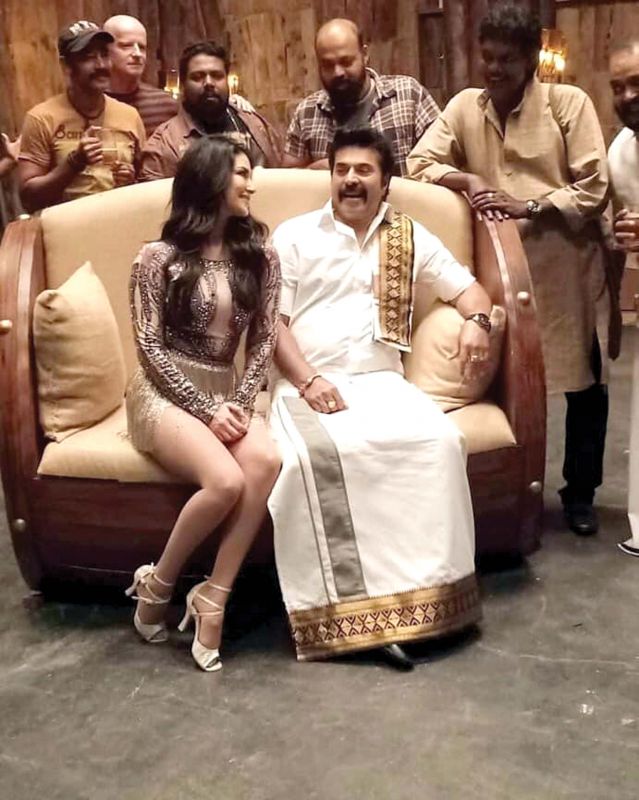 Starting from the name itself — referring an attractive girl dressed in revealing clothes as an ‘item’ – these songs are a sexist ploy used by the movie makers to attract male audience. Not interested in looking into the core issue, the audience at large end up assuming these item numbers to be a marketing tool used by the producers, and the filmmakers escape the scrutiny by saying that supply is a reaction to demand. Moreover, movie is business and everyone associated with it will only look forward to reap profits. Director of the movie Matinee, Aneish Upasana, who had been under the scanner when one of the songs from his movie, Ayalathe Veetile starring actor Mythili released, is of the same opinion.

He says, “It was actually the audience that watched the movie who tagged the song in my movie as an item number. Mythili’s character was that of a girl who lands in the film industry and becomes the lead in a movie that appears to be an ordinary love story, but turns out to be sleazy when it releases. I never considered Ayalathe Veettile as an ‘item number’. The song was inevitable in the movie and I could do better because it was meant to be picturised the way it was done. I would say that people need to give freedom to those working in a creative medium like cinema. Before tagging a song as an ‘item number’, one should consider the context where it has been put. If it matches to the tempo of the story then it is perfectly fine. Moreover, gone are the conservatory days wherein a little skin show was considered an offence. I think that audience is open to changes.”

Asked about the camera angles that are inappropriate, which increase the vulgarity quotient, Aneish says, “Matinee had a character that was involved in certain circumstances wherein she had to dress the way she does in the song sequence. Any person dressed like that would receive a lot of gazes. That is exactly what I was trying to do with the help of the camera.” And regarding the misogynistic lyrics of these songs, Aneish says that if the censor board which comprises knowledgeable people does not find any issues with the lyrics then there shouldn’t be a controversy in this regard.

Scrutinising what Aneish said, we can take the example of one of the highest-grossing films of this year, Kumbalangi Nights. Not only did it have anything remotely resembling an ‘item number’, but also proved that the audience is keener to watch quality product. Critics are also of the opinion that the blockbuster movie Lucifer would have done equally good without the item number in the climax. Neelima Menon, film critic and editor of fullpicture.in, has strong objection to the whole concept of ‘item number’. Commenting about the Lucifer controversy, she says, “I found the particular dance number problematic for certain reasons. Firstly, director Prithviraj had categorically made a statement that he wouldn’t be part of any film which glorifies misogyny and sexism. Then, he goes ahead and makes a film which has an item dance, picturised in a way that objectifies her. Secondly, and worse, he justifies it saying he couldn't have made them do Ottan Thullal (a traditional art form) at a dance bar. I really don’t understand the need for such item dances in our cinema anymore. Lucifer is a film that could work very well without that dance. Most of these dances are picturised for the male gaze and they invariably end up objectifying women. Can such dances be shown inoffensively? Right now, I can think of Vyjayanthimala in Jewel Thief or Sridevi in Mr. India also because back then, they weren't called ‘item dances’. Ever since the term was coined, it's been terrible, be it the
picturisation, costumes, lyrics, or the camera angles.”

Actor Padmapriya, however, likes to see it as a cultural shift that has taken place in terms of music and dance that are an integral part of movies. “There is aesthetics in showing the body and when it is mandatory to depict a particular mood or situation it just becomes a part of the narrative. I believe that song and dance have a different charm of storytelling and that it should not have a reflection of misogyny. Having said that, I would like to mention the Tamil Kouth songs wherein men dance and one of the most important steps is the pelvic thrust, which again is objectification. Therefore, I would say that if a song is picturised just for the heck of doing it, then I am against that kind of filmmaking. It is the audience who should make out the difference and encourage good movies and movie making.”

One of the valid questions that needs to be asked in this regard is, do these ‘item dances’ contribute towards the success of the movie.
Neelima says, “Did Sheila Ki Jawani help in salvaging Tees Maar Khan? Or, was Chikni Chameli the only selling point in Agneepath? Definitely no. Ultimately, it's about the content. Probably we are underestimating our audience. The distasteful item song in Kayamkulam Kochunni  turned out to be a major weak point in that film. Today, a Kumbalangi Nights sells as much as a Lucifer. Our audience is more perceptive, they understand glorified sexism when they see it on screen. At a time when alpha male heroes are fading away, female-centric films are getting more acceptance, ordinary men and women are being celebrated in cinema, aren't we going back to the caves by opting for an item dance to bring in the crowd?” Good or bad, Neelima leaves it to the audience to decide.