Prayaga is pretty excited as her movie Oru Pazhaya Bomb Kadha hits the screens today. She plays the female lead in the movie directed by Shafi. “Oru Pazhaya Bombu Kadha is my release after Ramaleela. I consider myself very lucky to have played the lead role in the movie of a hitmaker like Shafi sir. Also, it has a brilliant script,” says Prayaga about her 10th film.

She is glad that she gets to do a different character in Oru Pazhaya Bomb Kadha; she plays a village belle. “My characters so far were modern. Shruthy, my character in the film, is different from them,” says Prayaga, and adds that she cannot divulge more details as the story has suspense elements. “There is romance, sentiments, comedy and suspense. I was excited to do this character,” says Prayaga, who still cherishes those days.  It has been a learning experience for the actor.

“Shafi sir is a cool director and quite an approachable person. He gives actors their space and listens to their suggestions. Everyone would like working with him. Oru Pazhaya Bomb Kadha is one of my favourite works,” she says. And she is all praises for Bibin George, her co-actor. “It is a tailor-made character for him,” she says. “I knew him since the time of Kattappanayile Rithwik Roshan. I am aware of his talent and calibre. When it comes to this character, there is no substitute for him,” she adds.  Check her filmography and one would realise how lucky she has been on her journey as an actor. “Cinema happened to me,” she says. “I decided to pursue it as a career after grade XII,” she adds.  Prayaga shot to fame with Mysskin’s Pisaasu. “That movie chose me,” she says. “I was at the beginning of my career and was not in a position to be choosy in movies then,” she adds.

“I got the character out of sheer luck. It was a perfect launchpad for me. During the same time of Pisaasu’s release, one of Rajinikanth’s movies too hit the theatres. Yet, Pisaasu got a good response. People rushed to see the movie. It was because the movie had a great script,” adds Prayaga. Later, she was seen in different roles in movies such as Oru Murai Vanthu Parthaya, Pa Va, Kattapanayile Rithwik Roshan, Ore Mukham, Fukri, Viswasapoorvam Mansoor, Pokkiri Simon and Ramaleela. “I want to do different characters,” she says and adds, “When I choose a movie, I look at the script first. Then, director. A good director would bring out that script beautifully on screen,” says Prayaga, adding, “When my gut feeling tells me to choose a project, I just do that. Whatever the outcome, I accept it.” 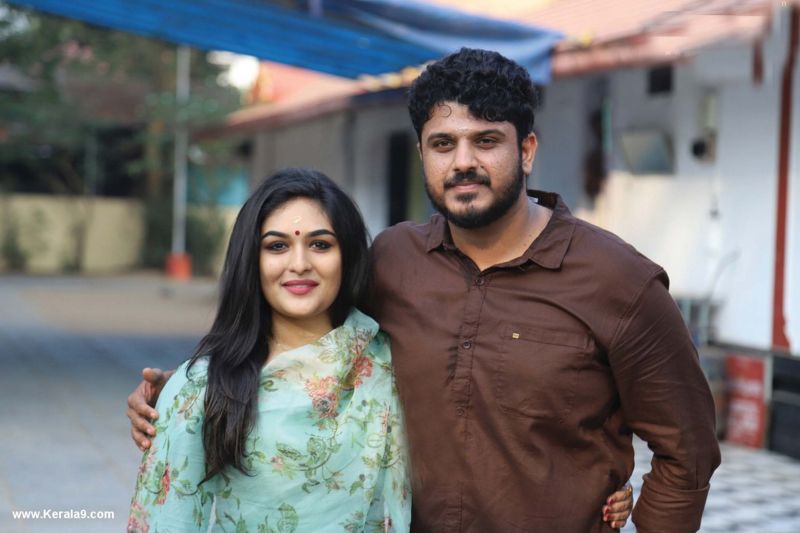 According to her, the director’s vision helps her go deep into the skin of the character. She quotes her character Helena in Ramaleela as an instance. “It was a well-structured character. Director Arun Gopy was quite meticulous about her look — her costumes and even her hairstyle,” she says. “Shafi sir had a different vision. The director’s inputs help me understand the character,” adds Prayaga, who is also a dancer.  She has been learning dance since she was five. “I have learnt Mohiniyattam, Bharatanatyam and Kuchipudi. I don’t do many performances now as I don’t get much time. The latest performance was during the Australian show with Lal sir.”

She is pursuing a Masters in Travel and Tourism at St Teresa’s College, Ernakulam. “My life has not changed after coming into movies. I haven’t put anything aside in my personal life to continue acting. When I joined movies, I was adamant that I would continue studies along with acting. I handle both. If we try, we can do it,” she sounds determined.  Ask her whether she has any dream character in mind, she says, “When I entered the realm of cinema, I just had one thought in mind. I wanted to do good characters through which I could prove my mettle. There is a dream role in my mind, but I can speak about it only after it becomes true,” she smiles.

Did any of her characters influence her? “I have only begun my journey. All the projects I have done so far are close to my heart. I have enjoyed bringing them alive on screen. Looking back, I am glad that I could portray different women who went through different situations,” concludes Prayaga, who is looking for more challenging characters that would help her satiate as an artiste.