Mumbai made by mills, migrants

DECCAN CHRONICLE. | ELIZABETH THOMAS
Published Dec 19, 2018, 1:16 am IST
Updated Dec 19, 2018, 1:25 am IST
Filmmaker couple Anjali Monteiro and K.P. Jayasankar talk about their film Saacha, which is on display at the ongoing biennale.

Anjali Monteiro and K.P. Jayasankar moved to Mumbai (then Bombay) in the early 70s. Since then, they have been there witnessing each and every change of the city — be it the Great Bombay Textile Strike in the 80s or the Bombay Riots in the 90s. Like many early migrants, they saw the cultural and political landscape of the city, the birth place of working class trade union, changing with time. These experiences led the filmmaker couple to create Saacha, a 49-minute film on migrant life in Mumbai, which is on display at the ongoing Kochi Muziris Biennale. At the biennale, the film is exhibited along with poems of Narayan Surve, a renowned Marathi poet, and paintings of popular artist Sudhir Patwardhan that rhyme with the theme.

“We started filming Saacha in 2000 and completed it in 2001,” says Anjali. Both Anjali and Jayasankar are professors at School of Media and Cultural Studies, Tata Institute of Social Sciences, Mumbai, and are documentary makers and authors.

An adaptation of Saacha was an installation at the art exhibition Project Space: Word. Sound. Power. at the Tate Modern, London, in 2013; and at Khoj, New Delhi, in 2014. 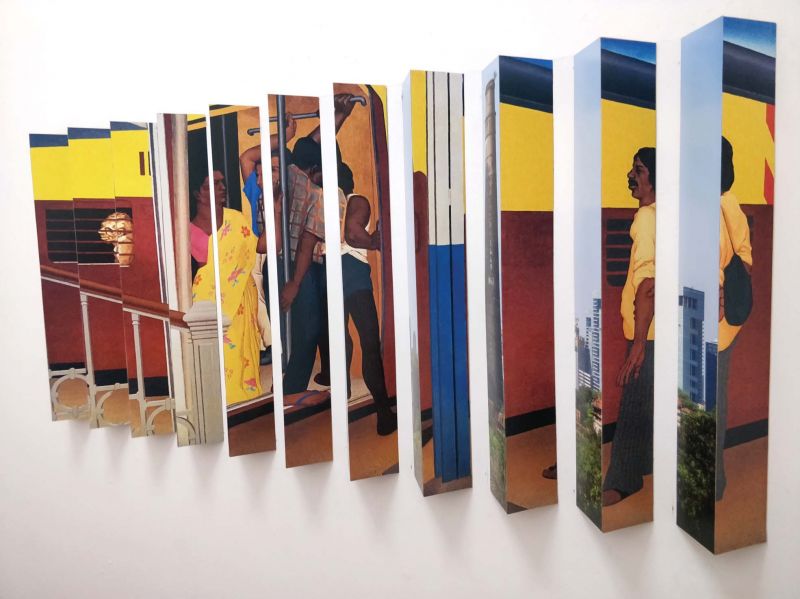 “While living in Mumbai, one important milestone we witnessed was the textile strike, which ultimately led to the closure of most of the mills that were located on a vast land in the centre of the city. A culture had been formed around those mills. Once the mills shut down, it led to the erosion of that way of life. As filmmakers, who have been living in this city for a long time, we wanted to chronicle that. Thus Saacha happened,” explains Anjali. “For the biennale, we just technically enhanced the film.”

Words, images and music form the crux of Saacha, which uses loom as a metaphor. “Loom is a space where dynamic forces come together to weave fabric. Hence, it is used as the metaphor here,” says Anjali. And, vibrant, thought-provoking music has always been a part of the Leftist movement.  “We started off with the works of Sudhir, who has been documenting urban life for a long time. Then, we came across Narayan, whose poems are direct and powerful. His words reflect the same theme, but from a different vantage point,” says Anjali, while Jayasankar adds, “He was part of the working class culture. He was abandoned as a child. It was a mill worker who found him and raised him. Narayan was not very educated, but went on to become one of the most popular Marathi poets.” 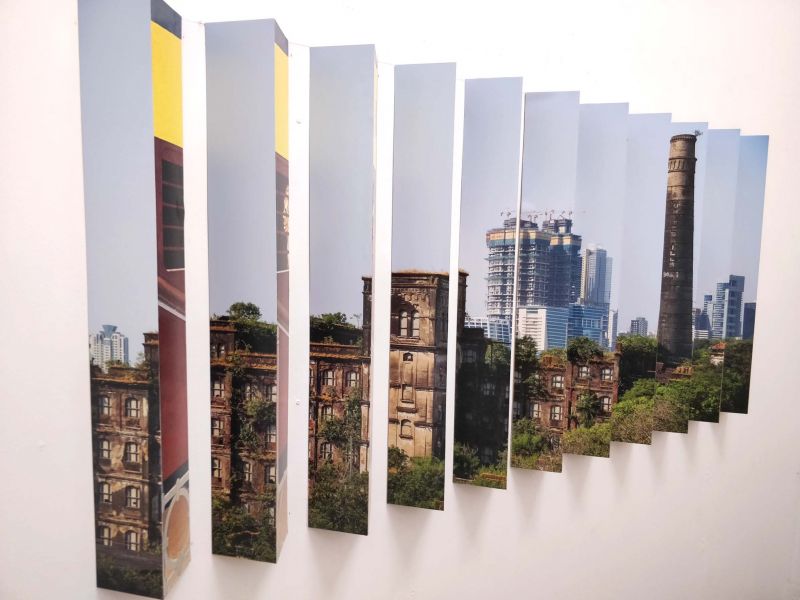 English and Malayalam translations of his poem are plastered on the walls for visitors. Sudhir’s paintings, which have two dimensions, show how the face of the city changed. At one side, we see workers travelling on a train; the other side shows concrete jungle that came later.

What the couple tries to communicate through their politically charged work is the significance of migrant labour in Mumbai’s growth, perhaps, in all great cities’ development. And, the situation goes on even now, which makes their work relevant even after all these years. “Kerala is a classic example of migrant force. You can see it around us now,” says Jayasankar, a native of Kochi.

Saacha further tells us how a community that contributed to the growth of Mumbai was marginalised by other forces that overtook their space. “We want their talent, not them. That is our attitude towards them,” says Jayasankar. “If Mumbai is a safe city now, it is because of those working class culture. Because mills ran for 24 hours, and there were people and food outlets on streets day and night,” he adds.

Saacha is just one element of the couple’s efforts towards this issue. Rest of their research materials is available on millmumbai.tiss.edu.

Anjali and Jayasankar, who find participation at the biennale as a great honour, say, “It is a nice experience. We are so happy to be here and have vowed ourselves to visit the coming biennales as well,” they conclude. Saacha is exhibited at the first floor of Aspinwall House, Fort Kochi.