It takes a village to make magic

DECCAN CHRONICLE. | PRIYA SREEKUMAR
Published Sep 19, 2019, 12:00 am IST
Updated Sep 19, 2019, 12:12 am IST
A bunch of young filmmakers who, inspired byVillage Rockstars, travelled to a village in Maharashtra and did something magical.

Still from A Thing of Magic

A journey of a thousand miles begins with a single step — taken either in confidence or as a leap into the deep unknown. Nevertheless, it is the beginning of a journey that redefines that moment and every moment thereon. When a bunch of first-time filmmakers from Kerala, in their early 20’s, on a shoestring budget, decided to take a leap of faith and produce a feature film, magic happened. It was not an easy task; the production team travelled more than 2000 km from Kerala to set up a camp for a month-long shoot in Arale, a beautiful and nondescript village in Maharashtra. Titled A Thing of Magic, the film’s entire cast comprises first-time actors and residents of the village where the story is set. Yes, there were hurdles, but there were also triumphs and revelations and now, they have found the pot of gold at the end of the rainbow. Director, producer and writer Nithin Anil reveals, “A Thing of Magic is slated to have its world premiere at the 21st MAMI Mumbai Film Festival in the India Story section, along with 12 of India’s finest directors.” The core team consisted of co-producer and associate director Anju Prasad, DOP Priyadarshan, Binoy Pulakode who did live sound, editor Vignesh and Aninditha Pradeep, who handled communications.

The inspiration for these youngsters who breathe films was the Kamrupi Assamese language film Village Rockstars, written, edited, co-produced, and directed by Rima Das, a self-taught filmmaker. “To us wannabe filmmakers, walking around with stars in our eyes, what Rima did was revolutionary! This self-taught filmmaker with one camera made a film that was selected as India’s Oscar nomination!” says Nithin. 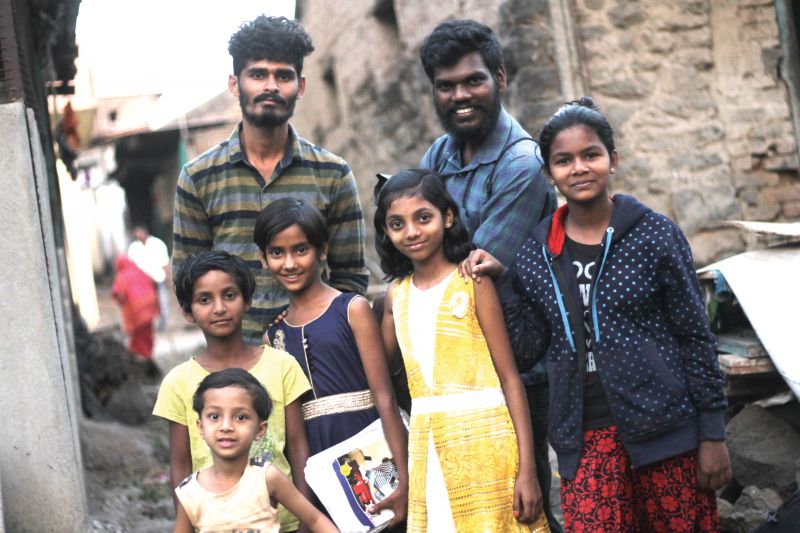 Nithin with the cast and crew

That encouraged the group and the initial spark came from there. Destiny arrived in the form of Aninditha, who suggested a village in Maharashtra — Satara — where her uncle lived to set their story. So, Nithin and team decided to pool in resources, gather equipment and travel to the remote village. “We went around a lot of villages there, but each one had its share of problems. Some did not have food and water and some had no electricity. Finally, we reached the village of Arale on the outskirts of Satara, which seemed perfect for our plot to unfold.”

The team did not have a proper script, but travelling through the length and breadth of Maharashtra, interacting with the residents and immersing themselves in their culture saw the script taking form— from visual narratives to its cinematic version. 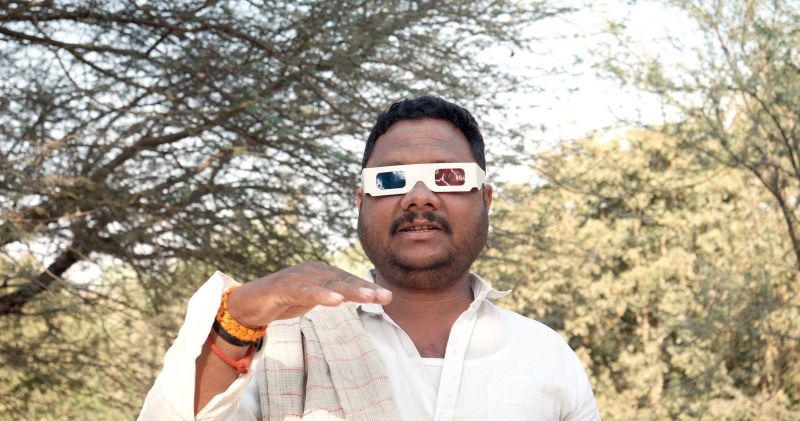 Gundu Kakka in a Still from A Thing of Magic

So, what is the plot of the film? Nithin answers, “Gundu Kaakka is a struggling harmonium player, who aspires to join a local drama troupe. One day, after watching a 3D movie, he presents a pair of 3D glasses to two sisters — Pradnya and Prateeksha. He tells them that the glasses have magical powers visible only to him. Though they initially refuse to believe him, an event soon occurs that raises the sisters’ curiosity. And as the determined sisters try to find out the truth about the glasses, other tiny stories of the little village slowly unfold.”

All the actors were found from the village. Most of them were not by predetermined choice. They were approached, found, and brought to the set by knocking on doors on the day a particular scene was to be shot. Around a hundred people from the village acted in the film. “We turned a house into a make-shift audition camp and I was amazed by the talent on show. The performances by the actors need to be seen to be believed. I still cannot understand how untrained actors put up amazingly spontaneous and effortless acting. Remember, this is a script written originally in Malayalam and English, translated into Marathi, and directed in a lot of Hindi — proving that language can be no barrier to filmmaking.”

It was the child actors who were a revelation to the team. Vaibhavi Pramod Kadam plays Prateeksha, who is the primary child character, and Pradnya Parshuram Kadam plays Pradnya — Prateeksha’s younger sister.

There were some interesting moments too like when Harshad Baliram Kadam, who plays Gundu Kakka was such a perfect fit for the character that the team dropped the initial name they had planned for his character and used his village name of Gundu Kakka. Another interesting aspect of A Thing of Magic is, it was made using the most minimal equipment available. Nithin shares, “Some of the equipment that we used were DIY. There were on the run sequences which necessitated a shoulder rig and our cinematographer made one out of PVC pipe cuttings and a few fittings. The zero-budget rig worked like a charm and played a crucial role in the production.” He laughs and adds, “Our tripod had legs missing.”

It was team member Aninditha who acted as the bridge between the makers and the team as she knew Marathi and Malayalam. “She managed to translate our ideas to them perfectly in their language. We found the notion that everyone in India speaks Hindi to be just a myth. Even the residents of Arale did not know Hindi, but conversed in Marathi. In fact, our Hindi was much better than theirs!”

The film would not have been possible without the cooperation of the villagers. “During the entire shoot, we were hosted by the village of Arale and the film soon turned out to be a community project for all of them, invoking and creating some special moments of magic within their hearts, and ours.”

That special moment also extends to the effort and budget of the film about which Nithin says, “We wanted to try and break the myths about the limitations of minimal equipment filmmaking. The entire movie is self-funded by its makers. Also, this journey led to the discovery of acting talent tucked away from the mainstream, and a platform for them to perform and enjoy the challenges and thrills of movie-making.” The filmmakers left the village of Arale with a heavy heart and a promise. “We finished the shoot with the promise to soon head back to the village and screen the movie for them in a little-big screen. And what a promise that is to look forward to!”

Nithin also wants to bring the cast to the MAMI stage for the Q and A session and let them experience the thrill of interacting with the crowd. Before signing off, Nithin says, “We hope to return to the village soon, with our love, passion and our film!”