On An astonishing journey in Tinseltown

Mollywood has abundant young talents today. A little competition is good and it would mean that many of the new faces will not stay in the limelight for long. But for 13-year-old Nehan Chokli, his short but eventful journey in the tinsel town has been memorable. Having the time of his life, Nehan has already acted in six films, that too with some of the prominent names in the industry. Now acting in his sixth film Venkateshwara Café, Nehan says it was all like magic.

“My first movie was Muthassikkoru Muth, directed by Anil Karakkulam. I had a small audition and was chosen for the role. That was not my first time in front of the camera, though. I have been doing some short films which really helped me. Also, director Anil uncle was very friendly, and clear about what they wanted me to do. Acting with legends like Kaviyoor Ponnamma, who played the lead, was unforgettable. I could not have asked for a better start to my career.”

Nehan has been showing interest in acting since he was very young and his father Amjath helped him nurture his talent by taking him to acting and mimicry classes at Kalabhavan in Kochi. “He is a fast learner and once he completed the course, he started attending auditions. And here he is waiting for the release of his next movie,” says Amjath. “It was my friend Shaheer and cousin Shijin who helped me identify the artiste in him. They also insisted that we shift to Kochi from Kannur.”

After Muthassikkoru Muth, Nehan worked in An International Local Story, Irupathonnam Nootand, Children’s Park and Happy Sardar, which is due for release in August. Nehan has also acted in a few advertisements; the latest one was aired from last week and he talks about it enthusiastically. “I love to see myself on the screen,” he laughs. “I don’t know much about the technical side of acting or cinema as a whole. But I love acting. Since I started watching TV, I wanted to be in it.” Amjath says he shows great maturity on the sets and on screen. It was Nehan’s idea to add his place name Chokli as his second name. 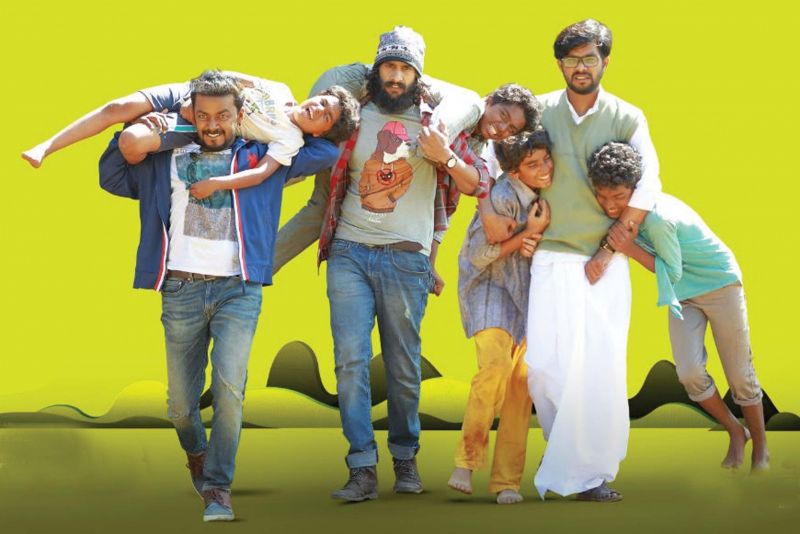 A still from Children’s Park

Children’s Park was the biggest break in his career. In the movie, he worked with a much bigger team compared to that of others. He also made headlines by portraying magician Gopinath Muthukad’s childhood in a documentary based on his life. “The documentary is still in the post-production stage and the release date has not been announced. I had to learn a lot of magic tricks for it, which was fun. I was also blessed to get that role and it was a very proud moment meeting Gopinath uncle.”

Nehan says he idolises the youth sensation Dulquer Salmaan among the new generation actors. “I am the biggest fan of DQ in the world. He is a great inspiration and I always wait for his movies.” When asked if he would swap a chance to act with Dulquer Salmaan, Nehan says “Who would miss that chance? I will never swap that chance with anything.”

Since the stardom, Nehan has been getting a special reception at the school. “At St. Jude English Medium High School, where I’m studying, they are all very supportive and my friends help me with studies and notes if I miss anything due to the filming.” His parents Amjath and Nehma are his strength and his little sister Milha Maryam, who is also in modelling, is very supportive of her brother.

Nehan dreams big and wants to do more serious characters in the future. He hopes to stay here for long.