Parvathy is all hopeful

Like many others, acting has been a dream of Parvathy Arun (Nidhi) since childhood. A native of Thiruvananthapuram, Parvathy got an offer as a child artiste, but her family was not approving of her being a part of the film industry. She counted it as a great miss, and hence after Class XII, she told her parents that she would try her luck in cinema.

“I told them that they should not discourage me when the next offer comes. When I joined college, one of my seniors showed me link of a casting call. I sent them my photo and within half an hour, I received a reply saying that my photo looked apt for the character. The promptness made a little suspicious. I thought it was a prank from my seniors,” she laughs. “Later, I realised that the call was real and thus became part of Chembarathipoo,” says the second-year Mechanical Engineering student.

After Chembarathipoo happened Ennalum Sharath, a directorial of actor-director Balachandra Menon. Meanwhile, she also acted in a yet-to-be released Telugu movie, titled Ishtam. Kalikkoottukaar directed by P.K. Baburaj, which is slated for release next year, is her latest outing. In the movie, she acts opposite Devadas, who carved a niche among Malayalis as a child artiste. “My character’s name is Anjali, a naughty woman, who is madly in love with Anand (Devadas),” she says. 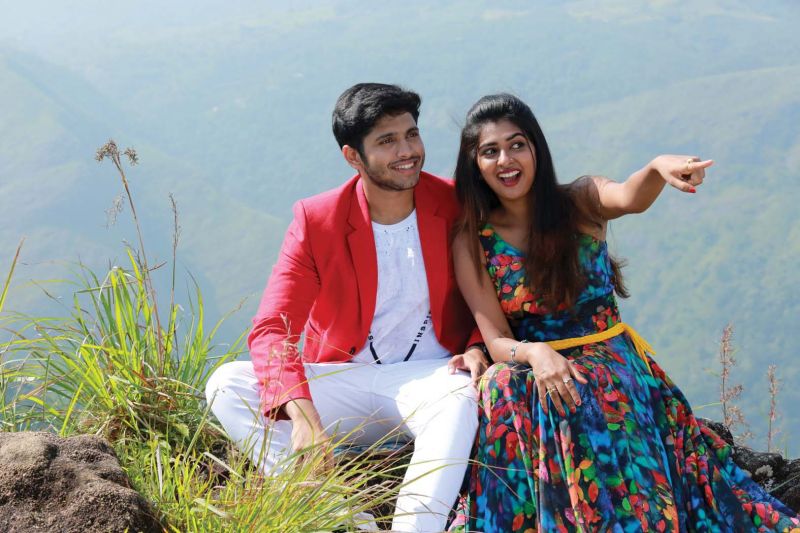 “Her aim in life is to get married to him,” says Parvathy, who bears no resemblances with her on-screen portrayal. “I am that kind of a person who loves roaming around and going for a night drive. I am not that typical girlie depiction,” she chuckles. “One of my dreams is to play a character that is in some ways similar to me,” she smiles.

The shooting of Kalikkoottukar was held in Thrissur, Goa and Vagamon. “It was a good experience. A major chunk of my scenes were shot on a campus. So, it was fun,” says Parvathy, who is also a dancer. She learns Bharatanatyam, Kuchipudi, Mohiniyattam and Kerala Nadanam. “I have been learning it for the past 13 years,” says the actor, who dreams of wearing the director’s hat once.