Game for any role

It’s a refreshing era in Mollywood where mainstream directors are giving space to an interesting breed of talented actors. Even though they do not hog screen time, they make an everlasting impression with their impactful performances. So much so that at times the actor gets eclipsed by the character he has played. Sarath Kumar is one such actor. In tinsel town where the chances of creating cult characters are very slim, Sarath Kumar managed to carve a good sized notch through his debut film Angamaly Diaries. He essayed the role of Appani Ravi to such perfection that the Appani prefix became his calling card.  So, he is now better known as Appani Sarath to the Mollywood audience or better still as the Jimikki Kammal man.

His menacing turn as the antagonist Ravi with his spine-chilling shrieks in Angamaly Diaries earned him appreciation from all over, including from directors like Anurag Kashyap and Priyadarshan. Such was the sheer acting chops on display. Then came the viral Jimikki Kammal and there is no stopping the actor. He has forayed into Kollywood, having acted under the tutelage of none other than Maniratnam in Chekka Chivantha Vaanam and opposite Vishal in Sandakozhi 2. The actor was last seen in Malayalam in Paipin Chuvattile Pranayam. There has been a silence from his side, but that will be broken soon as Sarath is playing the lead in the film Contessa directed by Sudeep E. S., which will be releasing on November 23.

Talking about Contessa,  has the smile coming over the wires. “It was a role that gave me great satisfaction as an actor. I feel I have handled the character of Sanju well. I play a lorry driver, who is very mature but has to face some hard-hitting circumstances. He has a loving mother, a lover and a few good friends. It is a family entertainer with commercial elements, but has class. What I like about my character is that he is raw and earthy,” he says.

Stopping a moment, he says, “When you have played the character for close to 30 days, you tend to have a soft spot for Sanju.”

There is a side to Sarath that is also very mature and grounded, and he lets that show when he says, “I know my limitations and I am tense about stepping into the role of a hero. I am aware of how a hero should look on screen and that thought does worry me sometimes. I worry if the audience would accept me as the lead, but I also know my audience likes me.” Sarath frankly says that he has never been adamant about playing only lead roles and that is thanks to his theatre background. “I just want to do good roles, but if I get good hero-oriented characters, I will not shy away,” he remarks.

When Sarath talks about playing the lead, there is a certain kind of role that he wants to portray. “There are people who are struggling to eke a living by working hard. For example, there is a tailor in my hometown, who has an engaging back story that can be told, or the weak- looking man with a wife and three children who had to react strongly when he was provoked into doing so. These are characters I feel I can do justice to. I have listened to some such scripts and am looking forward to doing such films,” he explains. 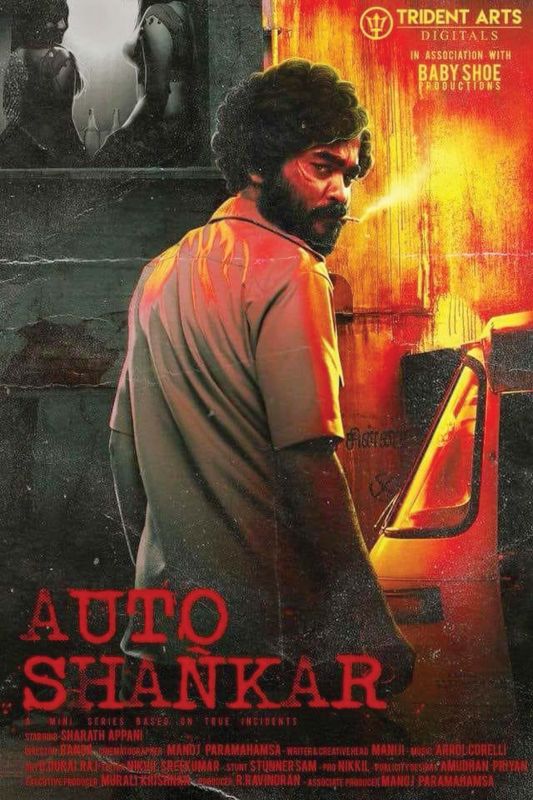 There is big news that he reveals exclusively to us. Sarath is part of a Netflix web series in Tamil, titled Auto Shankar, in which he plays the ill-famous serial killer Gowri Shankar aka Auto Shankar. The shoot is almost over. He is very excited about the role. “This is perhaps the biggest role of my life with a lot of scope for acting. I had to recreate the same look and the mannerisms of that time period. The series is expected to release by January first week.” So, a villain again? Sarath says that he prefers playing the antagonist than the hero, but he is careful not to get typecast in the villain bracket.

Speaking of Tamil films and the entry into Kollywood, Sarath reveals that both the offers came to him thanks to his role in Angamaly Diaries. Chekka Chivantha Vaanam was not big in terms of screen space, but it gave him the opportunity to work with ace filmmaker Maniratnam. “Though the role was a small one, I did my homework diligently,” he says. Sandakozhi 2, in which he played the villain, gave him satisfaction. “I had a lot more screen space in the film and there was a fight scene with Vishal in the climax, which is unlike any fight scene I have done so far! Here I was pitted against Vishal, who towers over me and it was a rigorous scene which was initially planned for two days, but was finally shot in one day. I carry the pain of those fight sequences to this day,” he laughs.

The one dance that he has done changed his trajectory. He smiles and says that the steps for the Jimikki Kammal dance sequence came naturally to him, and that he never expected the viral reach. Coming up is the Salim Ahamed directorial And the Oscar Goes To, followed by Love FM where he is going for a makeover. Gone will be the beard and moustache and in place will be a boyish looking Sarath. “Let’s see what the audience say to that look,” he naughtily says.

Coming to his personal life, Sarath, the new father, has been missing his daughter, no thanks to his back-to-back film assignments. He hopes to make it up soon and to spend time with his family. “I will be watching Contessa with my wife and family at Sree Visakh in Thiruvanathapuram.” Actually, there is a reason why he wants to watch his first film as hero in that theatre. “I have watched so many Mohanlal films there right from my childhood, and have a deep attachment to that theatre and so I am waiting excitedly to watch my own film there,” he concludes.