Sathar is no more. In the wee hours of Tuesday, the 67-year-old actor passed away at a private hospital in Aluva following liver-related ailments for which he had been undergoing treatment. An eventful life has ended.

One of the most charming actors Malayalam has ever seen, Sathar started his film journey through the 1975 movie Bharyaye Avashyamund. The very next year, he made his debut as a hero with Vincent’s Anaavaranam where he was paired up with Rani Chandra. When M. Krishnan Nair’s Yatheem, Hariharan’s Yagashwam and I.V. Sasi’s Avalude Ravukal followed, the popularity of the handsome arts secretary of U.C. College, Aluva, grew. Even as he switched between hero and villain roles, the gorgeous Sathar had a huge fan following. Four years into filmdom, he married Jayabharati, the dream girl of M’town, but the couple separated after the birth of their son Krish, who later on became an actor.

Sathar was once an inevitable part of the movies of I.V. Sasi and Hariharan, who unleashed his acting potential in the best way in the late 70s, 80s and mid-90s. Noted for his roles in Adimakkachavadam, Sarapanjaram, Benz Vasu, Lisa, Vellam, Neelathamara, Ee Naadu, Devasuram and Lelam, Sathar had made his presence known across the South, by acting in mostly villain roles. However, his career saw a decline in early 2000 when he chose to stay away from limelight over personal losses, including the death of his close friends and contemporaries Jayan and Ratheesh.

It was in 2012 that Malayalis saw Sathar on screen again, as the mighty DK in Aashiq Abu’s 22 Female Kottayam. Sathar did act in a handful of movies after that, but none of the characters matched the grace of those he portrayed his youthful days.

With nearly 400 movies and an over-four-decade stellar career to his credit, Sathar would never be forgotten. Never was he, even when he imposed on himself an exile from his cinematic forte where he was the prince. People who he has worked with remember Sathar as a jovial, emotional and sincere person, who was passionate towards his work. 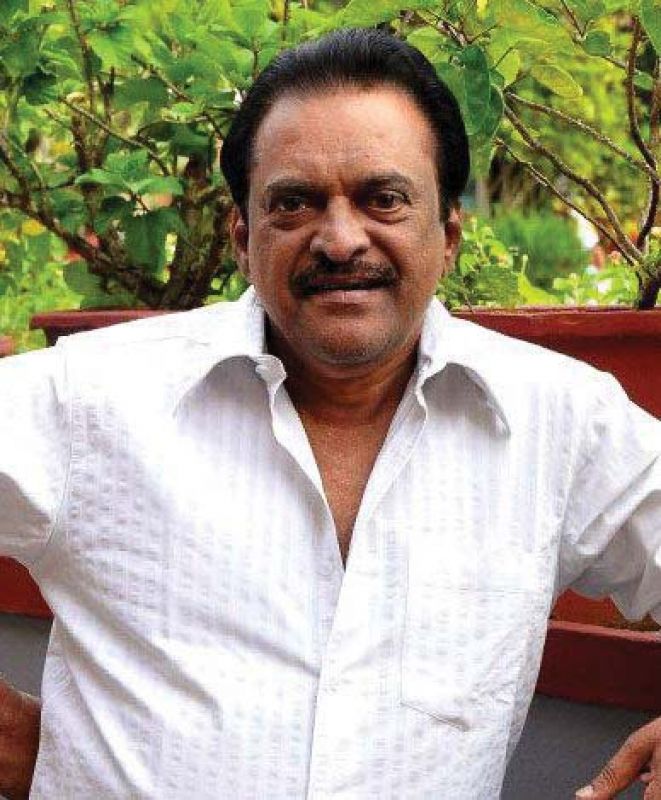 Lost A disciple and a close friend: Hariharan

Director Hariharan, who collaborated with Sathar in films like Yagashwam, Adimakachavadam, Sarapanjaram, Vellam and Lava, was in touch with Sathar till his last days. “Just a month ago had we spoken over phone. He was living alone and was ill, but was very keen about acting. His passion was still there in his voice while hoping to be offered an opportunity to act again,” he recalls.

The filmmaker remembers Sathar as a very straightforward person. “Sathar was one of my dearest disciples and we shared a close bond. Though he became popular through Sarapanjaram, I consider his role in Vellam the best where he acted opposite Madhu. Equally good was his role as Prem Nazir’s brother in Lava. He was a great actor and a close friend.” 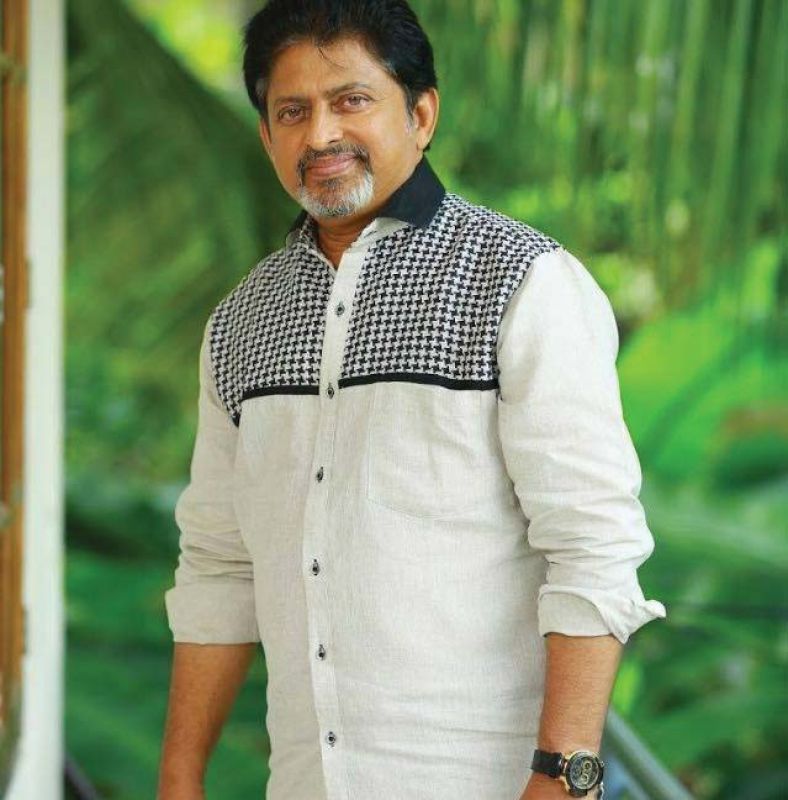 Sathar was A bundle of talents: Rajasenan

It was through Rajasenan’s Aadyathe Kanmani that film buffs saw Sathar in the humour-tinged role of Rajasekharan Nambiathiri, who mistakenly kidnaps the wrong child, sparking off a series of hilarious events. “Nambiathiri was a game-changer for Sathar, who had never been seen in comic roles till then. It was a planned move to cast serious actors in funny roles and Sathar delivered it convincingly. He was natural with comic timing and the role was a revelation of his unexplored talent,” he says.

The two had known each other long before that. “Since my earlier days as a struggling, wannabe director... We were part of the Kodambakkam old-timers who struggled together dreaming of making it big in films one day. Sathar had acted in P.K. Joseph’s Jayabharati-starrer Sukhathinte Pinnale while I was assisting him. We shared a great camaraderie and even while he took a break from acting, we were in touch. Sathar was a bundle of talents. An actor who started off as a hero, his career was affected by his personal life. I strongly believe that our industry was not able to utilise his potential fully,” Rajasenan feels. 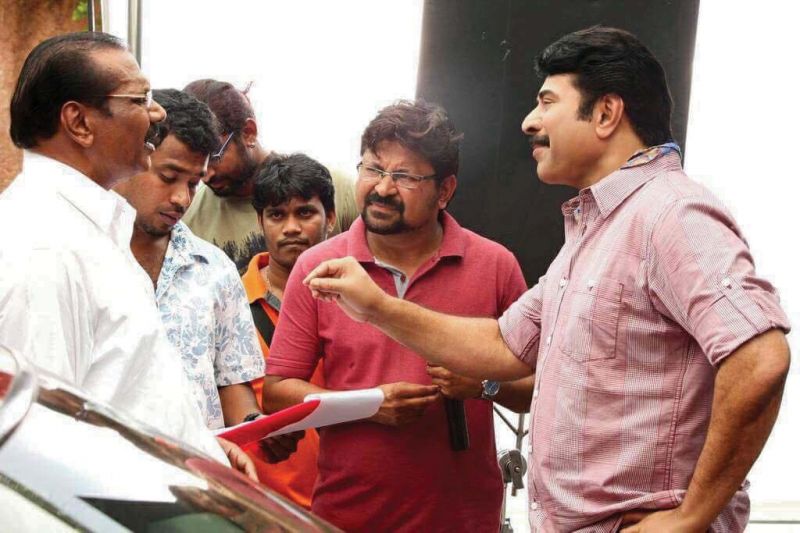 The 2014 film Manglish saw Sathar playing a politician Paulose Punnookkaaran. For director Salam Bappu, casting the actor he had grown up admiring was a dream-like act. “Sathar was someone I grew up watching on screen. I still remember watching in awe at the handsome actor in Sarapanjaram and Yatheem. With thick dark hair and well-built physique, he was breath-taking and girls those days used to swoon over him. While shooting for Manglish, Mammootty used to say that Sathar was the dream man of the 80s. His smile was irresistible and he had a charming personality too.  No wonder that even Jayabharati, the lady super star, fell for him despite him being a newbie in the industry!”

Staying away from films slowly pushed Sathar into oblivion, but when he returned, it was a role everyone would remember. Salam says, “Watching him in 22 Female Kottayam, I felt that there’s more to him to be explored. With writer Riyas, I went to meet him. I was taken aback by his humility and kind-heartedness. At the location of Manglish, he was enthusiastic like a child and kept on clarifying matters, consulting the cast for the minutest improvisations. Here was a hero and villain of the 80s nervous like a newcomer! He never did anything for applause.”

And he elaborates, “He stayed away from limelight after the death of his friends. And he never tried to market himself in this age of PR work. He was nowhere to be seen in controversies or celebrations even when he was active in Tamil and Telugu industries. Even he admits that he never took an effort to build stardom like Mammootty or Mohanlal though he had been there with them all along while Prem Nazir, Jayan, Ratheesh, Lalettan and Mammookka shot to superstardom. Applause didn’t tempt him at all.”