A different kind of abhinaya

Sandhya Raju is back home after a 28-day shoot in Kochi. She says that she is actually back to reality. “I am coming back to my routine,” she says, smiling. A popular Kuchipudi dancer, Sandhya’s routine involves a lot of physical exercises. “I do exercises for improving stamina and flexibility. I do weight training and dance. Now, I have started learning contemporary dance,” she adds. She does performances and runs a dance academy — Nishrinkala—in Hyderabad. She took a month’s break to act in the film Careful, directed by V.K. Prakash. It is Sandhya’s debut feature film where she plays the lead role.  “I have done three short films before. I had guest appearance in two short movies and a full-fledged character in the film Natyam by Revanth Korukonda,” she says.

The short film, Natyam, is a hit on YouTube. It was Natyam that encouraged Sandhya to take up opportunities in feature films. Then, she got the call from V.K. Prakash. Although Sandhya liked the script, she was a little hesitant to accept the offer as she thought language would be a barrier. “I know Tamil, Telugu and Sanskrit. But, I don’t know Malayalam. So, I kept asking if the language would be a problem. But then, VKP sir told me that language is the least important thing when it comes to expressing our emotions. He encouraged me and helped me a lot.” Sandhya plays a journalist in the film.  “She is writing an article about a crime. She wants to uncover the truth and seek justice,” says Sandhya and adds, “As an artiste, I tried to recreate the character based on the director’s vision.” 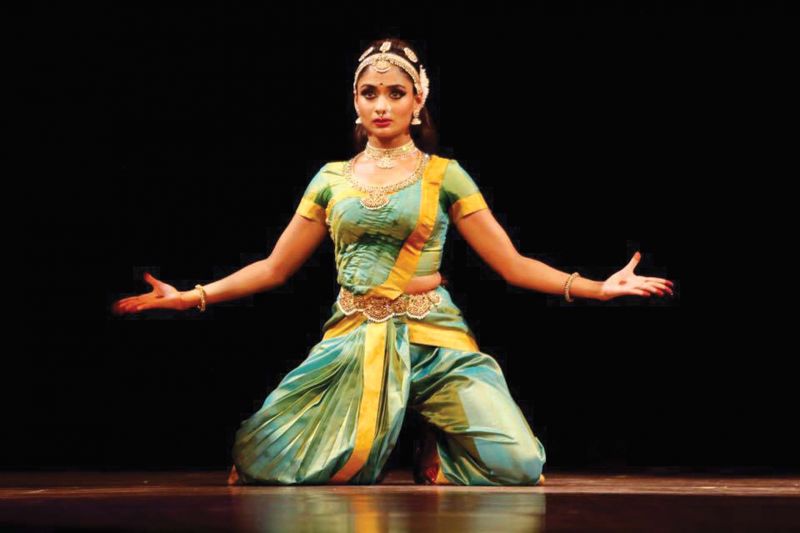 But, things were not as difficult as she imagined. “Initially it was hard. But, then I got used to the language. I translated it to Telugu and English to understand it and then worked on it,” she says. “I am feeling empty after the shoot. I wish to go back. Also, it was interesting to see a lot of women working behind the scenes. I had a good time in Kerala. I love the food, people and the big trees there. It was so inspiring,” she says. She had a minor bike accident on the set. “The character has to ride a bike. I was nervous that I crashed against a wall. But, there were no serious injuries.”

In the movie, she is paired opposite Vineeth Kumar and also has combination scenes with Vijay Babu, who plays the role of a police officer. Sandhya is not bothered about the outcome of the movie. “I have no expectations at all. I am happy I could do this movie. I have my career as a dancer and I will always be a dancer. If more opportunities come, I am happy to take them. This movie would be a good memory. That is my attitude towards this project,” says Sandhya who started learning dance at the age of 10 inspired by her guru Padma Bushan Dr Vempati Chinna Satyam’s dance drama. Once she started learning dance, there was no looking back. She realised that dance was her path and decided to continue her guru’s legacy. “I want to perform and teach Kuchipudi in the same level he did,” she says.

She was fortunate enough to play the lead role in the ballad Gopika Krishna prepared by her guru. That was a big career break. Sandhya has done two choreographies — One for the short film Natyam and the second one about Lord Shiva and Parvathy. In Natyam, she plays the character Kalyani, a housewife, who brushes up her dancing skills after a long time. Dance has taught Sandhya that hard work is the key to success. “It is a continuous work. Also, as a dancer, you have to respect your body, which is the instrument in expressing emotions. You have to take good care of it. And, you should be open to change,” she says. Not just a dancer and actor, Sandhya is a nature lover too. She wants to get into wildlife conservation in future. “I have a deep passion for wildlife. I feel happy when I am in a jeep inside a jungle than in a resort. That kind of joy I have experienced only when I am dancing. Then, I realised I need to do something for conserving the nature. I have already started working towards it.” Besides, she has plans to launch online dance videos to reach out the masses.