I am no star but girl next-door: Manju Warrier

Sporting an Indigo print kurta, Manju Warrier strides onto the lobby of a hotel in Kochi, without any accompanying entourage, for the promotion of her film C/o Saira Banu. Just back from Delhi where she had given a classical dance performance on stage, her next few months too are jam-packed. Manju has pushed the envelope in her second coming and has gone beyond the tag of a powerful actress. She is the face of some big brand endorsements, has launched a number of social initiatives, has debuted in theatre as Shakuntala and has even learnt some magic as a part of the programme organised by UNICEF and the Magic Academy.

The director and storywriter of C/o Saira Banu, Antony Sony and Shaan had worked as assistant directors of Manju’s comeback film How Old Are You and were her friends. When they wanted to narrate a story to Manju, she was more than happy to listen to it. They came home one and a half years ago and Manju continues, “I fell for the story and felt this story should be made and we had regular discussions about the film.” But the project initially faced several setbacks either due to issues from the production or casting side. Manju candidly reveals that they had even thought of shelving the project. “I should appreciate Sony’s confidence and perseverance because he wanted this project to materialise at any cost and he used to tell me that there was no Saira Banu without me.”

Suddenly, everything fell into place and the idea of roping in Amala came about. That gave fan girl Manju some tense moments. Manju divulges, “Amala is someone I have admired since childhood like many other girls. The two Malayalam movies she did were cult films and I was wondering if she had even heard of me. I was crossing my fingers hoping that she would agree to do this film so that I could at least get to see and work with her!” Amala did say yes and Manju got her wish. Manju plays a Muslim post-woman who is the mother of a boy in his 20s. 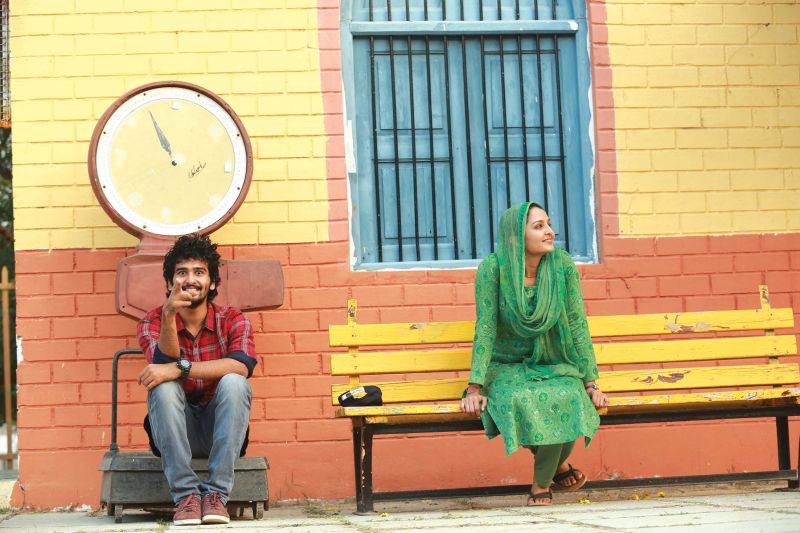 A still from C/o Saira Banu

It would only be apt to dub her Mollywood’s only lady superstar for whom scripts are specifically written. In terms of remuneration too, she commands high billing among her female counterparts. Manju graciously acknowledges the tag of ‘superstar’ but is not overtly affected by that. She opines, “That tag is very huge and a happy responsibility and I realise that. It helps me do my job more diligently and makes me raise the bar higher with each new film. I want to meet audience expectations because that is what I can give back in return for the love they give me.” Ruminating further, Manju says, “I am sure the audience does not look at me as a star. They look at me as this girl next door who they can come up and talk to at any time.”

While having hordes of fans, money and popularity, can make some stars vain, there are some like Manju who leverage the might of their celebrity status to voice their opinions on a variety of causes and support various charities. She has been doing her bit to support the unwed tribal mothers of Wayanad, has funded the dance education of girl children and spoken out strongly about various social issues. She says, “My social work was never a planned one; it just happened! I had initially wanted to fund the dance lessons of five children but then I saw the applications, it rose to 10 and then 12 and then one thing led to another.” Manju points out that she is not doing her bit for society to get the tag of ‘social worker’ but just simply because it gives her deep satisfaction and happiness.

Manju has the Mohanlal film Villain in her kitty along another project where she plays a Mohanlal fan in addition to some other Tamil projects. Kamal’s much anticipated biopic Aami where she plays the legendary writer Kamala Das is her first biopic. It is no small feat and she knows the weight of expectations, “I am nervous because it is a huge challenge. Kamala Das is still fresh in everyone’s minds and it will be difficult to do justice to her. I trust in God and will give my 100 percent to the project. I have been reading a lot of Kamala Das’s books as well as books on her and looking at reference videos to understand her better. I have been speaking to her family and I know I am in safe hands because it is directed by Kamal whom I have confidence in. I know he will make the film tastefully.”

Dancing has been a way of life with Manju long before she started acting. She continues to do that even today amidst her busy acting schedules. Asked about managing to strike a balance between dance and acting, Manju laughs and replies that there is nothing to manage. She simply says, “If someone wants me to come and perform, I go and perform! I enjoy both these art forms and am able to give my hundred percent to both! Both are entirely different but entirely satisfying.”