Funny tales of a Mech Rani

Any guess who a Mech Rani is? Caught you! B.Tech grads can’t escape. That lone girl in the male-dominated classroom of wannabe mechanical engineers. This is one interesting phase most engineering students have experienced in their college life. Happy Wedding director Omar Lulu has revisited his student days to peel off a funny side to make his next Chunkzz. “Mechanical Engineering is not usually a preferred stream for female students. Sometimes, by chance, a girl enrols. They are affectionately pet named Mech Rani. Being a civil engineer, I never had one in my class but there was a girl in one of my tuition classes,” says the director who also handles the story of his new movie. 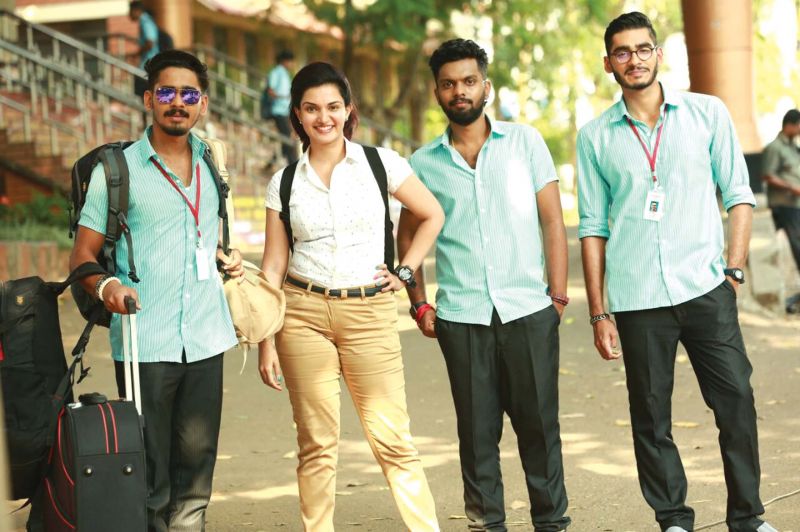 In the movie, Honey Rose comes in the role of Mech Rani. An out-and-out comedy entertainer has Balu Varghese, Dharmajan Bolgatty, Vaishak aka Kuppi and Ganapathi in major roles. Marina Michael appears in the role of Mech Rani’s closest buddy. The plot is all about a set of funny events taking place after the leading lady migrates from Bengaluru to a college in Kerala. Balu, Vaishak and Dharmajan happen to be her classmates while Ganapathi is a Computer Science student. The film has been into its 10th day of shoot at the Adi Shankara Institute of Engineering and Technology in Kalady. A part of Chunkzz turns out to be a freshers’ party. Its scriptwriters Aneesh, Sanoop and Vijeesh are all newcomers.

Omar dared to experiment his first movie Happy Wedding with new faces, but for his next, he roped in familiar faces and he has a reason. “Happy Wedding did well at the box office. Our actors could prove themselves. This time around, I really wanted them to be on board. When I tried, they were all busy with other projects.” He prides himself for presenting a crop of talented young artistes to Malayalam cinema. The director claims the movie has a B-Town flavour. The composing and background scoring are done by Gopi Sunder. The cast also includes Siddique and Lal. Goa is another location. Chunkzz is expected to be a Ramzan release.