Joy is all that matters

With every film, Jayasurya has only gone from strength to strength as an actor reinventing himself physically and emotionally to seamlessly slip into the skin of his character. His State and National Awards are a testimony to that talent. The actor who loves to experiment with his roles has extended that experimentation streak to his craft too - he has tried his hand at playback singing and has turned a producer, with both roles fetching him rich dividends. Currently, he has some plum projects in his kitty, including two sequels – Aadu 2 and Punyalan Private Limited – along with Captain in which he plays footballer V.P. Sathyan.  Yes, each of these roles are as different as chalk and cheese and have him undergoing physical transformations, but right now, Jayasurya's mind is riveted on only one man – Joy Thakkolkaran, his character from the successful Punyalan Agarbathis which he has reprised in the sequel that hits the screens on Friday. The movie is also bankrolled by him.

Joy is someone who Jayasurya knows like the back of his hand and has lived in his mind for four years. “It’s not just Joy. Every character I play stays fresh in my mind. They do not die and I re-vist them time to time. I miss some of them, wonder what they are doing and they slip into me unseen and unheard when I travel past the locations where they lived,” he says.

Playing Joy yet again was not a deliberate decision. It happened by chance when director Ranjith Sankar came to him with a story. Jayasurya explains, “The story was serious and I was slightly wary of fitting into the shoes of the character. So I put across to Ranjith the idea of reviving Joy and blending him with the story, albeit in a humorous way.” Ranjith liked the idea and a collaboration of thoughts brought Joy back to screen. There was work to be done – the story had to be tweaked to accommodate Joy and Ranjith did it brilliantly. 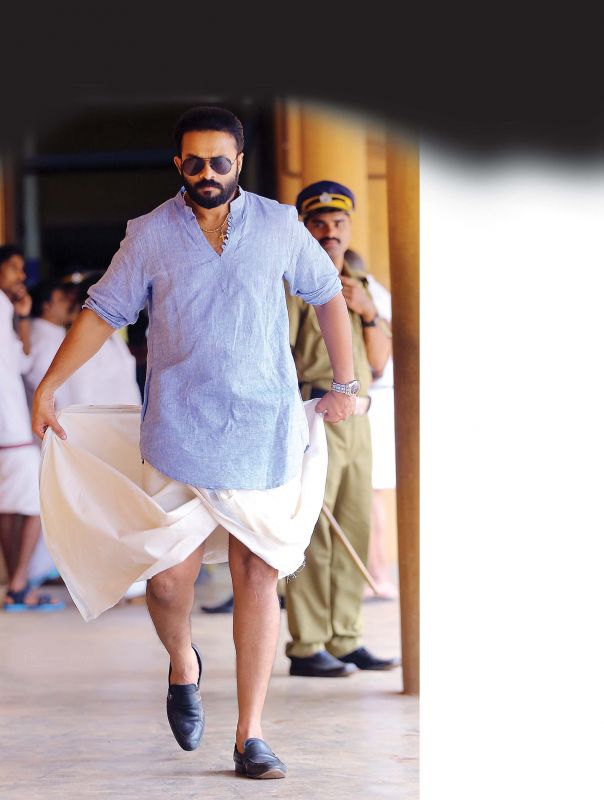 Jayasurya says, “There is no other film for which I have had such extensive discussions over weeks. This character is someone both of us love - not that I do not love my other characters, but this is a film that discusses various socially relevant issues. Punyalan Private Limited is about some hard-hitting questions denizens of the state want to ask.” Most sequels do not have a track record of faring well at the box office, a fact he is aware of. He says, “Personally, I feel the second part is stronger than the first and what assures me is that this film was not made with Joy in mind. A good storyline needed Joy to make it more palatable and realistic.”

It is obvious from Jayasurya's words that he is completely in love with Joy. And there is a reason for that – Joy has given him back so much. It is especially one dialogue that has resonated with a lot of people when Joy says it is essential to leave your own individual mark in the world. “I get messages, calls and texts from many entrepreneurs and youngsters who say how Joy has inspired them or made them rethink continuing with their monotonous jobs. If my dialogues as an actor could change or influence their lives, I consider myself blessed,” he says.

And yes, Jayasurya is nervous because he wants everyone to love Joy as much as he does. “The collections do not matter. Punyalan Agarbathis gave me money – that makes me happy, but that is not true happiness. Happiness is when my film changes lives and is accepted; that is my pinnacle of happiness.”

As in the first part, his wife Saritha has designed his costumes this time too and he is very proud of her. Talking about his children brings the doting father to the fore. His son Adwaith, fondly called Adi, is already showing interest in filmmaking having edited some short films and acting in a full-length film. Jayasurya proudly says, “He is the official editor of his school and has an interest in direction. He also watches all the films on the first day; I cannot figure out how he manages that. On the day my film releases, he takes leave to watch it and gives his comments without any diplomacy. If he likes it, he says that, if he doesn't, he expresses that too!”

Coming back to films, there is a rumour about him being part of the mega-budget Mohanlal-starrer Odiyan when a photo of him with Mohanlal made the rounds in social media. He smiles and says, “That was a trip I made to Kashi with Lalettan. I am not there in the film.”

The socially committed actor has done his part in filling up potholes, giving a break to a financially backward child singer, taking a migrant labourer to a hospital, etc. While being applauded by one section, he has also faced brickbats from another section, especially on social media. Jayasurya says, “I am not doing any of this for comments. So, good or bad comments do not affect me. I do what I do for myself, not to please anybody and earn brownie points. If I start doing good just for society's approval, then there is no sincerity in what I do.”

Before he parts, he talks of the Mollywood scenario, “We have good directors, actors and cameramen, but I feel there is a dearth of good story tellers and scriptwriters.”