Mammooty is a down to earth star, says Jai

A still from Madhura Raja

Actor Jai, who never used to attend promo activities even of his own films and shuns the media, seems to have changed his stance.

“After my debut movie Bhagavathy, where I played the younger brother of Vijay, I am essaying the role of Mammootty sir’s brother in the Malayalam movie. It’s a story where both of us go from Madurai to Kerala and we speak Tamil only. While shooting, it reminded me of Subramaniapuram, which was set in Madurai. Mammootty sir is so down to earth. The movie is also close to my heart,” is how Jai starts the conversation about the movie.

We ask how it was shaking a leg with Sunny Leone for the second time, in the M’town movie, as we also hear he is in regular touch with her.“Yeah, it was Vada Curry where we did a song. Sunny is a friendly person. Our friendship is such that she wishes me on my birthdays on the social media.  Initially, she found it tough and took four to five takes for the dance moves. And in the Madhura Raja number, shot in Kochi, Sunny did everything in a single take”. 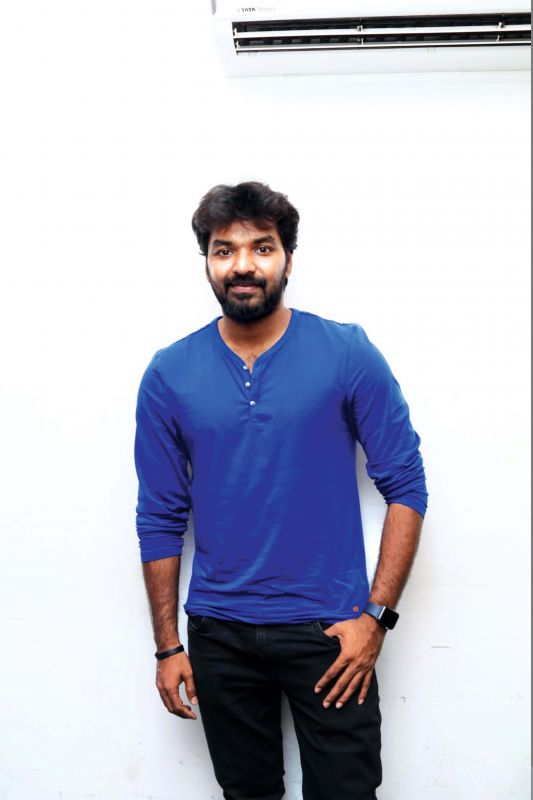 In a humorous tone he adds, “You all know how good a dancer I am. I still was taking several retakes in the peppy song shoot.”

When the topic shifted to his reported romance with actress Anjali, he said, “Oh, it’s ages since I met her. She has become too busy in Telugu films. And for the record, we are only good friends. Like anyone of my age, falling in love is natural. But nothing serious as of now! And no marriage plans at this point of time.”

On his upcoming flick with Aramm fame Gopi Nainar, he says, “It is a film against the backdrop of football in North Chennai and is about oppressed people who are denied recognition for their talents due to their identity.  I speak the North Chennai slang and practising football with those who play international tournaments.”

The dusky actor says that in the horror thriller Neeya 2,  revolveing around a snake taking revenge, the director has improvised the script. Varalaxmi plays a snake woman while Catherine Tresa and Raai Laxmi are his romantic interests.

On Venkat Prabhu’s Party he says, “It is a comedy film, but I play a baddie. I can’t reveal much more.  Regina Cassandra and Sanchitha Shetty will be playing alongside me.”

Among the heroines he has worked with, Nayan seems to be his favuorite. “Despite her huge stature, Nayanthara is a very soft natured person and without any airs as I saw when we shot for Raja Rani. She will never get angry on the sets.” Among the heroes, Simbu is his best friend, he reveals.

The Balloon actor says that he wants to work with filmmakers like AR Murugadoss and Gautham Vasudev Menon. “I am also keen to do more films with my Subramaniapuaramdirector Sasikumar sir. Having done multi-starrers with directors like Sundar C sir, I am open to multi-hero subjects.”

Coming from a music family, Jai has also learnt music and passed 5th grade degree from London Trinity College. “Yes, I love music and my favourite pastime is listening to music. Since, my acting career takes most of my time, I have a long way to go in music direction.”