Every child in the early noughties ruled the remote controls at their homes in the evening. Not waiting to start doing homework or sip a cup of tea after school, they only had eyes for My Dear Bhootham. The bilingual, which aired on Sun TV and Surya TV, had this goody-goody little girl, Nivetha Thomas, a favourite. A few more years later, she came back on the big screen playing Anjana, daughter to Jayaram and Gopika in Veruthe Oru Bharya. She ceased to be a child with back-to-back matured roles in Pranayam, Chappa Kurishu, Thattathin Marayathu, Romans and so on. All of a sudden, she disappeared from M-Town to resurface in Telugu, where she is in demand.

After a lot of planning and postponing, Nivetha fished a few minutes out from her college, work and hang-out time to speak to us. Thing is, her new movie, Juliet Lover of Idiot, actually her Tolly debut, is inching towards a release. She kept wondering at first, what she has to talk about at this point of time when she is totally away from Malayalam cinema, and at the same time has finished four in Telugu. Nivetha keeps no hard and fast rules in her selection of movies or language.  “I just choose to do good scripts and better ones come from Telugu. There has never been a pattern that I was following. I did hear a couple of Malayalam scripts recently, but I am not able to do two or three at a time because I have to go back to college,” clears Nivetha. 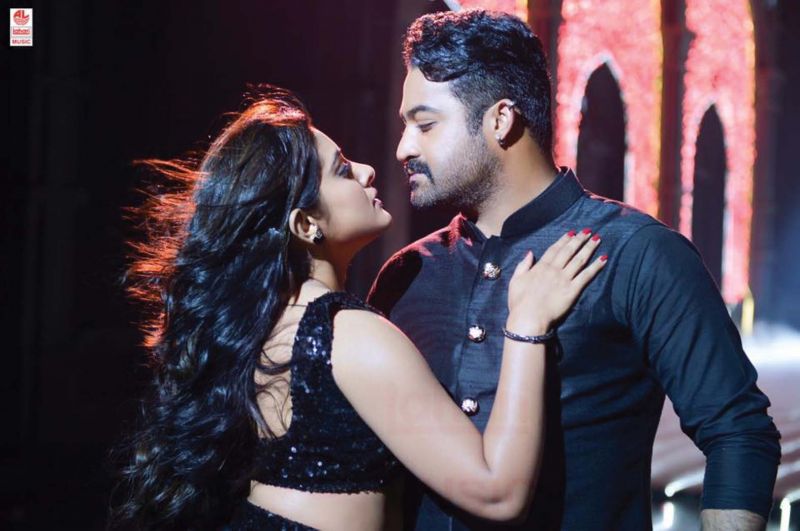 This B.Arch student in Chennai has six more months of college to finish. She shuttles between work and studies.  “It was always tough. Probably because I started so young, I got used to doing both. If I didn’t have one beside me, I was always feeling a little empty. If I go to work I always wanted to come back and study. When I study, I would get back to work. It is this balance that I was used to from a young age,” she reasons. Since Juliet... got stuck due to certain reasons, Gentleman, which released in 2016, bagged the credit of her first in Telugu. Watching her perform in Papanasam, director Mohan Krishna Indraganti gave her an invite to Gentleman. The first outing itself brought her the SIIMA award for Best Debut Actress in Telugu.

“It (Juliet...) was to be my first project in Telugu. We started shooting back in 2014 and were not able to complete due to certain issues.” What is Juliet... all about? “I have not spoken about Juliet... in any of my interviews. She is born to very rich parents but likes doing social work, travels by local trains and spends time around people. She is a very simple girl who falls in love with a man. The movie is about what happens after that,” she says. In fact, she learned Telugu but her plans to lend voice to her characters in Gentleman and Ninnu Kori boomeranged. College, exams and assignments got the better of her those times.

She has got invites from the big town, Bollywood, but Nivetha is not rushing into things. “I did actually hear a couple of scripts, which were not just Hindi, they want to do bilinguals. At the end of it, it is only about the story. The language actually does not matter much.” What more? The prospective architect had not signed any movie for she has a crucial half-a-year left for her studies. Didn’t we spot her in short hair? She did it for good and that she does not wish to talk about!

“I just wanted to chop it off. When something goes off, people start thinking more about how it was before.” Is she not worried about her looks? “There is a very beautiful transition happening in the industry that basically needs you to act. Looks will take you somewhere, but not for long. I can always use extensions and match it up. I make sure it is not difficult for the people I am working with. I have no commitments now. And my hair grows pretty fast,” she beams.