Bengaluru-based artist Shilo Shiv Suleman whose interactive art installation from the Burning Man festival in Nevada, USA, in 2014 was recently resurrected in a Saaho film poster, seems almost quite philosophical. She says, “A lot of my work has to do with gender-based violence; I work with different communities of women who’ve all undergone deep trauma, such as Syrian refugees, sex workers in Pakistan, etc. Over the years I’ve learned to contain my rage.” 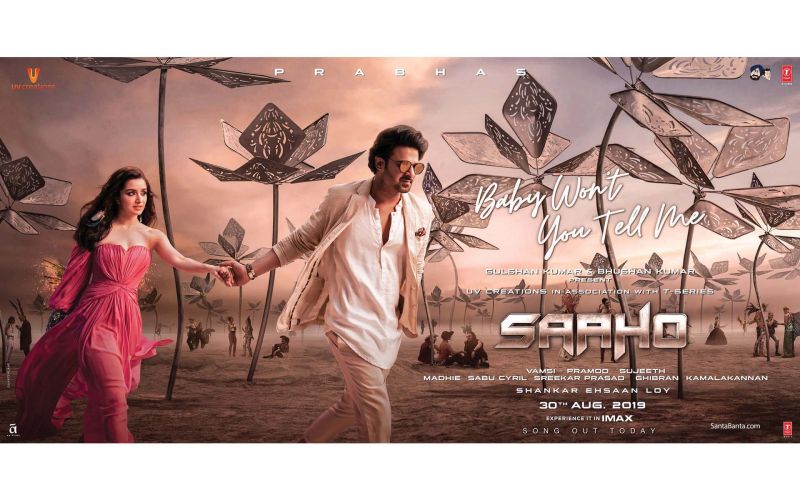 A scene from the movie Saaho

Social media is angry with the makers of Saaho stealing the artwork of local artist Shilo Shiv Suleman for one of their movie posters. And though many like actor Lisa Ray have condemned the act publicly, the artist has stayed mum until now. In an exclusive interview, we got her to open up about the agony of the betrayal.

How did she discover about being a victim of plagiarism? “Shraddha Kapoor put out the poster for Saaho on her Instagram handle. A number of my followers started to comment on the post, tagging me on it. A lot of my work as a gender rights activist stands against some plots of these sorts of films. Hence people assumed that I wouldn’t have given them permission to use my artwork,” she says.

The news soon spread like wildfire. “It went viral. However, it was comforting that although I’m an independent artist, so many people care about my work and know its authenticity and space of depth it comes from,” Shilo says, sharing how falling in love with a neuro-scientist influenced the inception of this artwork - a grove of steel lotuses that glowed when you touched them - one of the largest biofeedback installations of its kind!

According to her, “The world of copyright is a vast and an ‘interesting’ space. Some of the work that is against gender violence is open source in an aim to spread awareness. But work that I do as an independent artist, like the ‘Pulse and Bloom’ is not. These are time capsules, which belong to a deeply intimate space inspired by histories and love stories. They’re almost extensions of my own body. By protecting our art, we are, in a way, protecting ourselves, our emotions and our ideologies, and in movies like Saaho and others, there is no space for this!”

She emphasises, “It was taken without my permission. As a woman and an artist, consent is very important to me. I didn’t have a choice about how the gender roles played out within the film or in the music video that my installation is in. All of this really matters to me, as my work is not separate from my body and politics.”