DECCAN CHRONICLE. | VIDYA NAIR
Published Sep 14, 2019, 12:00 am IST
Updated Sep 14, 2019, 12:14 am IST
As Alice, the cyclist, Rajisha Vijayan has portrayed the hardships that sportspersons have to go through in order to realise their dreams.

We have seen her as a young girl sewing dreams of getting married to the love of her life, yet taking bold decisions even when she had to deal with a breakup. We have also seen her as a girl who is on course of becoming a nun, a wife who strongly supports her husband, a school girl and now as a cyclist being trained by her father for the Olympics. Though entirely different from each other, all these characters that Rajisha Vijayan has breathed life into narrate the tales of girls or women who held their heads high in front of every hurdle and confidently stood firm on their decisions. The actor, who is just five movies old, with her ability to choose the right characters, is proving that good movies need not always require a superstar as the protagonist or an experienced director to helm the project. She shares the experience of working in Finals, her latest release directed by debutant Arun P.R. 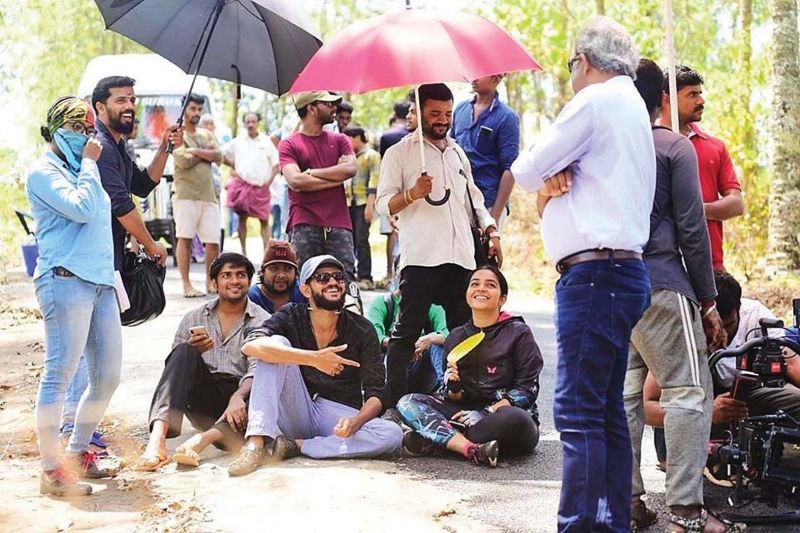 “Festival releases are always very special, because it is when people eagerly wait for new movies to hit theatres so that they can go watch them and spend time with family and friends. However, it also gives a chill down the spine when a relatively new actor like me gets to know that my movie will be released alongside others that have superstars like Mohanlal, Prithviraj and Nivin Pauly in the lead. Moreover, Finals does not have a light-hearted subject that people would like to go watch for fun. It is a serious subject inspired from real-life incidents. Frankly speaking, I was actually tensed because I very well knew how important the movie was for the entire team, especially the director because it was like his decade-long dream coming true. However, deep down my heart, I knew that Finals is a good movie for the dedication and hard work that have gone into realising the subject.

“It somewhere built up a confidence in my mind that people are definitely going to like the movie,” says Rajisha when asked if she had any anxiety regarding Finals.

The actor, who is not a trained cyclist, had to undergo a one-and-a-half-month-long rigorous training to get equipped for riding the bicycle used for a bike race. Even then, it was a herculean task for her to match up with other actors during shooting as all of them were real life cyclists and record holders in the sport. “I was not the way I had done during the practice sessions. We were shooting in Idukki as the story is set there and therefore, I rarely got any chance to ride on a flat road. It was a difficult terrain and required extreme physical exertion,” she observes, adding that not knowing how to ride a bicycle was never her concern when she committed for the movie as she knew about the storyline when she worked in a play directed by Arun and was eagerly waiting for the script to become a movie. “I was so impressed with the script because I had never come across a story that gives equal importance to three characters in a movie. I used to ask Arun who will be cast as Alice and when it finally landed on my lap, why I would say ‘no’ for not knowing how to ride a bicycle. I could learn that.  I never give up before trying. But, I can never compromise the quality of a movie either. If I feel that I am not able to take up the role, I will definitely ask the director to look for a suitable replacement, but not without trying, and I am glad that I have lived up to my directors’ expectations.”

The actor suffered a major injury where the ligaments of her legs were badly ruptured and she was advised complete bed rest. When asked about the injury and what persuaded her to continue with the movie, she says that it is the respect and trust that the director and her co-stars had on her that kept her going. “Most of the scenes where I have to ride the bike where shot after my injury. Those were the most hectic shoots I have ever done. The pain was unbearable, and I had to ride the bike. But when actors like Suraj Venjaramoodu are not acting, but living in the skin of the character seamlessly, it automatically gives you the strength to give performances that matches withtheirs. I am glad that he didn’t treat me as an actor with very less experience and constantly worked with me and tried to build my confidence level for making the combination scenes look better,” adds Rajisha, who stresses that it is the right attitude and dedication of the cast and crew who work together to bring out a movie regardless of the experience each person has that decides the quality of the net product.

The actor, who has a few other projects in the pipeline, including Stand Up, says that she is not willing to comment on them as of now as the makers will announce it at the right time. She says that for her, committing to a movie is a slow process as she can only concentrate on one role at a time because it is a time consuming task to prepare herself for the role. Rajisha, however, has great regard for other actors who take up multiple roles at a time.