Some things never change. Getting hold of Asif Ali for a telephonic interview still remains a herculean task, but he more than makes up for it when he agrees for a direct talk. The answers come out unhurried and sensible. Dressed in a pale pink shirt, Asif plonks himself on a bean bag, with all the glee of a naughty boy. He was in Kochi for the promotion of his upcoming movie Sunday Holiday, which has him cast opposite Aparna Balamurali. First things first, he sets the ball rolling by talking about his upcoming film, which he highlights is a ‘feel-good’ film.

“Regardless of how much you go about proclaiming that the theme is fresh or that it is an experimental film, most members of the audience prefer to watch a film only after hearing or reading its reviews. Various factors are important to different audience members — for some it might be a family theme, to others it might be the value-for-money factor. But rest assured, Sunday Holiday is a family film with a good star cast.  “I play Amal who comes to Kochi from Thalasserry to recover from depression. What I personally like are the motivational dialogues in the film,” he says about his role and film.  Stating that as an actor he likes to experiment with his roles, Asif also keeps in mind the commercial aspect of every movie he does.

“At the end of the day, there are no tried and tested formulas that ensure a film will have a 50-day run. Judging a film is impossible and I go by my gut feeling,” he mentions. Other than being an actor, Asif has also donned the role of a producer in recent times and is well-versed with the unpredictability that each Friday brings. The young actor is now selective about his projects and does not sign films randomly, but there was a time when he did. That was the time when he had just entered the industry. 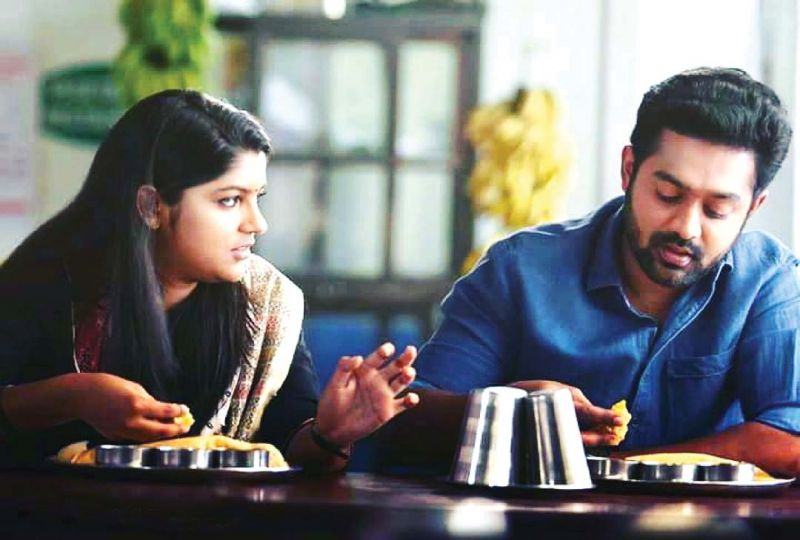 A still from Sunday Holiday

He candidly walks down memory lane, “In the first half of my career, I can now admit, I was a failure. In my excitement, I signed a lot of films listening to just the elements, the thread or the story, without taking into consideration the director or the screenplay. I learnt from all those mistakes and now strive to do ‘good’ films,” he animatedly says. Yes, Asif has learnt a lot. He is more mature and responsible now, unlike the young boy who stepped into tinsel town just a year after finishing college. He had the enviable luck of starting off his innings with prominent directors at a time when there were no competitors.

“I did not understand then the effort behind filmmaking. I used to take things lightly in the beginning and later on when competition came; I cleaned up my act and started taking cinema seriously, ” he says. As a naughty aside, he quips, “I am also the father of two children now and that has brought about a huge change.” Asif’s son Adam is already the darling of everyone in tinsel town and his daughter is set to join the list soon. The doting father says, “When my son was born, I had to leave for my shoot after five days. I spent most of my time with him on the sets on my films. But when my daughter came, I took a two-month break and spent time with her. Being a father is an indescribable feeling and it has made me more responsible.  If earlier it was cinema and friends, now it is cinema and my family. Yes, Asif Ali has become a responsible man!”

Talking of responsibility, the recent arrest of actor Dileep has shaken the industry and Asif too admits to being taken by surprise with the arrest. After the arrest, there were wild rumours about the young brigade threatening to walk out of AMMA if Dileep was  not removed, and wanting a change in leadership. Is there any rebellion within the ranks? Asif completely negates this, “Personally, I am very happy with the working of AMMA. It is always better if seniors hold the reins in any organisation. A situation has not come wherein the leading members have not been able to handle problems.” Asif also adds that the youth brigade is active in AMMA as executive committee members who meet religiously every month.

The actress, who was kidnapped and assaulted, has acted with Asif in many films, including one at the time of the unfortunate incident, and is his friend. So why did he not show any support to her via social media, when many other leading actors did? “An expected question, which many have asked me!” he replies before explaining, “She is my very close friend  and I believe social media is not where you show your support or react. I spoke to her soon after the incident and have been in constant touch with her about what happened and the course of action taken. I do not believe in showing my support to her through social media, but would rather show my support directly!” Before winding up Asif names his upcoming films. “Thrissivaperoor Kliptham and Kaatu,” he says.