Chairpersons of the three juries (Feature, Non-feature and Writing) Shekhar Kapur, Aradhana Pradhan and Anant Vijay during a press conference to announce the 65th National Film Awards for the different categories, in New Delhi on Friday. (Photo: PTI)

THIRUVANANTHAPURAM: Renowned film maker and national award jury Chairperson Shekhar Kapur’s adulation for Malayalam cinema came as an icing on the cake for the state film fraternity which walked away with 10 prestigious awards on Friday. The jury chairman spent a major portion of the award declaration press conference in Delhi extolling the talent in Malayalm film industry. While announcing the special jury mention for Parvathy for her performance in Take Off, Kapur disclosed that she was a strong contender for the best actress award. “There was huge competition in Best Actress. Ultimately and after lot of argument she didn’t get the award. So for Parvathy we gave a special mention,” he said.

Kapur said the Best Malayalam film Thondi Muthalum Driksakshiy-um was a brilliant movie with some brilliant performances. The acclaimed film maker spoke highly about the film; “In the beginning you feel it is a simple film, a husband-wife love story who elope and get married. But once she loses her chain which she believes was snatched in the bus and when they go to police station to register complaint, the chain of events begin. In the end they are left terrorised. “Brilliant screenplay and great performances,” he said. While watching the film, the jury members had a tough time pronouncing the title. So they coined a new name for the movie “The Chain Snatcher”. This solved the problem as members used to fumble each time they pronounced the title. He said the Malayalam films have some great performances. 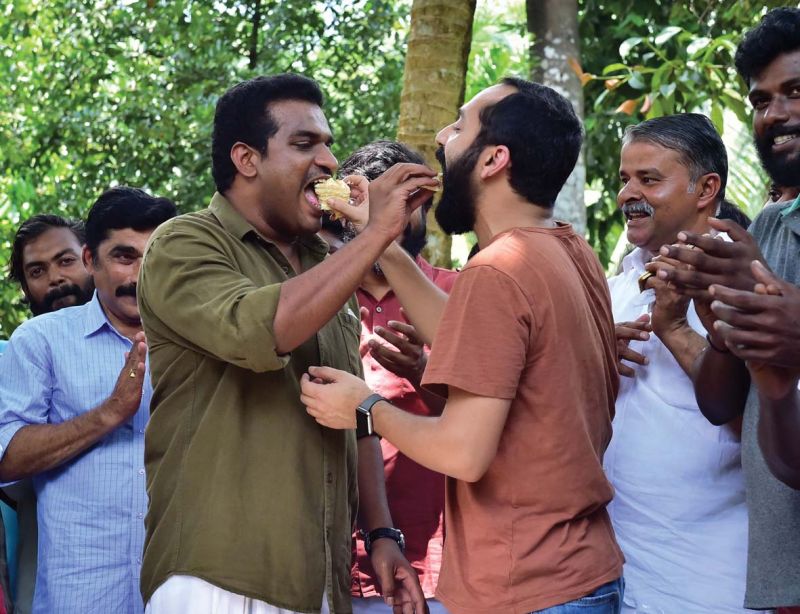 “You have never seen performances like that. You see any Hindi film, one or two films of Amir Khan together or three. You will know it is Amir Khan,” he said. “I saw a Malayalam film recently, the main character is a wife beater and rapist. I hated him and wanted him to get killed. Now I am watching the second film. Is he the same actor? No in this film he is a victim, the police are beating him up, he is running for life and he is terrified. Then I realise he is the same actor,” he said while comparing the characters of  Fahad Fazil’s in Thondi muthal... and 22 Female Kottayam. He said the standard of performance in some of the regional films was completely stunning. “The Hindi films cannot compete with them in their present state and I know why. Hindi films try hard to become everything and these regional films are connected to soil and roots. That’s why they are able to do it,” Kapur said.

Jayaraj who won the best director award for Bhayanakam came in for huge appreciation from Kapur.  The film had also bagged Adaptive Screenplay Award. “It’s an interesting film adapted from a short story which is part of Japanese novel. He made a beautiful, lovely looking film about the First World War,” he said. Kapur praised Aalorukkam,  the best film on social issues, terming it a beautiful movie. Without mentioning Indrans by name, Kapur said actually there was an actor in this film who they had considered for best actor award. The veteran Malayalm actor had won the Kerala State Award recently for his performance as Pappuvasan in the film.

At one point the noted film maker struggled to pronounce the song “Poyi Maranja Kalam” for which K.J. Yesudas got the best singer award and sought help from a Malayali journalist. “Can you please come up and sit with me. Many Malayalm films are coming in different sections,” he said in a lighter vein.   Kapur said award winning Lakshadweep film “Sinjar” which is in local dialect “Jaseri” was a revelation. Before declaring the award for best debut director, Kapur sought to know how many people knew about Jaseri language ? The response from the floor was blank.

He said the film which tells the story of two girls who had gone from Lakshadweep to Iraq, was beautifully made. “I didn’t know Jaseri is a language and people make films in Lakshadweep,” he said. Before signing off  Kapur came up with some suggestions; increase the percentage of women on the jury, encourage more film makers to send their entries and to those who are facing Censor Board curbs and ban the message was loud and clear; “I went from lower court to Supreme Court when Bandit Queen was banned. There is no film maker who has absolute conviction, has not managed to overcome the Censor Board. If we need freedom we will have to fight. Go out and fight.”

Malayalam films walked away with a rich haul of honours  in the national film awards announced on Friday by jury chairman Shekhar Kapoor who lavished praise on the new crop of artistes and technicians of  the regional cinema.   The award winners,  who included      Fahad Fazil,     Parvathi,  Jayaraj,  Dileesh Pothen and  Sajeev Pazhoor, were overwhelmed with joy at the national recognition. Thondimuthalum Driksakshiyum directed by Dileesh Pothen,  bagged several laurels,  apart from being adjudged the best Malayalam film.   Fazil got the best supporting actor award for his role in the film while Sajeev Pazhoor won the best screenplay award.

Take Off won the special jury award for best film while its lead actor, Parvathy, who was touted to be a contender for the best actress award, got  a special mention. Director Jayaraj was adjudged the best director for his  film Bhayanakam. Fazil told reporters that he could act in good movies  because he belonged to the Malayalam film industry.  “It is  sheer  luck that I got the award.  When I started  my career, I was afraid  whether the audience would accept the films of  my taste,”  he  said. His role in  Thondimuthalum Driksakshiyum was one of the most challenging  in his career, he added.   “My co-actors Suraj and Alancier also helped me to perform well.  I just wish my films would get good collection in theatres.  I am not acting for winning awards,”  he said.

Parvathi expressed thrill for the recognition won by the film Take Off.  “There were others also who acted in the film who deserved the award.  I share this award with them,” she said. Jayaraj, whose film   takes place in the backdrop of  the first World War,  dedicated  his  award to some 650-odd men of Kuttanad who were recruited to the Army to perish in the war.  “I also remember the great  Thakazhi Sivasankara Pillai as the film was based on a portion from his novel  ‘Kayar,’   Jayaraj said.

“The award for Thondimuthalum Driksakshiyum has increased my responsibility,” said director Dileesh Pothen.   “The success of  Maheshinte Prathikaram prompted me to do  this film.  I don’t think ‘Driksakshiyum’  is the best film. It may be  one among the best,” said  Pothen. Sajeev Pazhoor,  script writer of the film,  said that Shekhar Kapoor’s words of encouragement  had made him happy, rather than the award. “He was inspired by a  regional language film. The  award  is  the  victory of the collective efforts of all those who worked in the film,” he said. “Once the shooting was completed we were sure it would be a great film. The award has justified our confidence,” he added.