Zhu Zhu was last seen in 'Tales Of Mystery'.

Mumbai: Kabir Khan started shooting for his upcoming Salman Khan starrer historical drama ‘Tubelight’ in Ladakh a few days back.
Be that as it may, the mystery surrounding the superstar’s leading lady for the film had yet to die down.

But as things are now, the identity of the leading lady isn’t a secret anymore. Chinese singer-actress Zhu Zhu has been cast opposite the ‘Sultan’ of Bollywood. The 32-year-old actress reportedly flew down to Mumbai, to take a few lessons in Hindi, on August 3, post which she commenced shoot in Ladakh as per the schedule.

Based in Beijing, Zhu Zhu was born into an army family on July 19, 1984. A qualified electrical engineer, she later pursued designing and also did some VJ-ing, before releasing her pop album. She ventured into films later on.

The actress shared a picture of herself alongside Salman on her Instagram page and also tweeted the same. 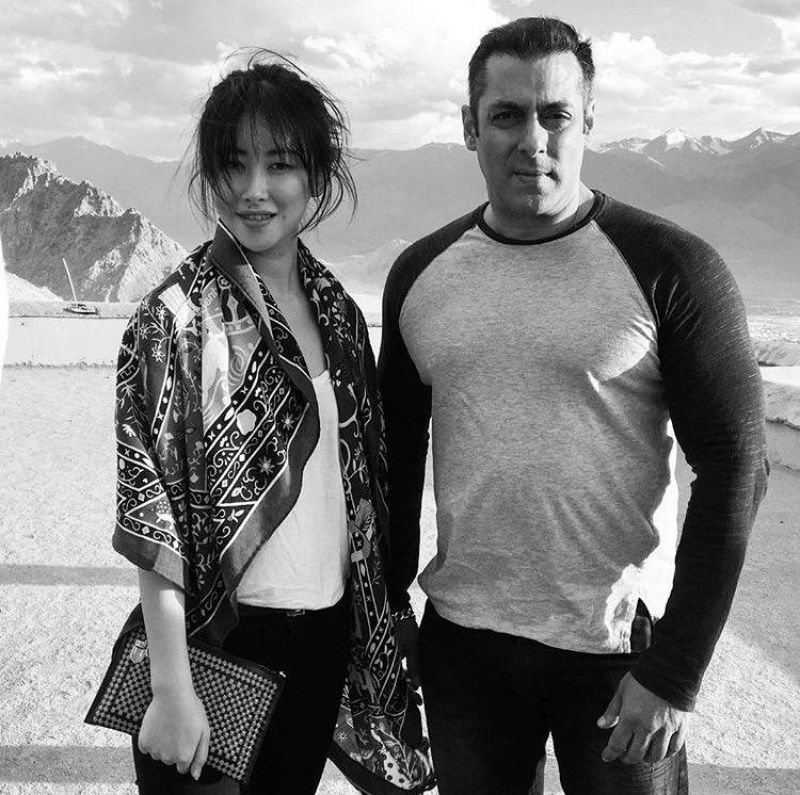 The actress later deleted the picture from her Instagram page.

Zhu Zhu is internationally known, with some critically acclaimed performances in her filmography across TV and films, notably, ‘What Women Want’, ‘Marco Polo’ and ‘Shanghai Calling’.

'Tubelight', based around the Indo-Chinese war of 1962,has Salman playing a specially abled man, with Sohail Khan stepping in as his on-screen sibling once again. Kabir Khan reportedly has been taking ample care to ensure that the character is adequately sensitised.

The film is scheduled for an Eid release in 2017.