Bibin George is eagerly waiting for July 20, the day when his movie Oru Pazhaya Bomb Kadha in which he plays the lead role, hits the theatres. Indeed, a defining moment for him. “Cinema has a magic. If all calculations go right, the magic will do its wonders,” says the writer-turned-actor when we meet him on the sets of Oru Yamandan Premakadha, his third project as writer after Amar Akbar Anthony and Kattappanayile Rithwik Roshan. Though his dream was to become an actor, Bibin put it aside thinking that his disability would be an obstacle. He believes Oru Pazhaya Bomb Kadha would rewrite it. “I came to know about my disability when I was in Class III. I immediately accepted it. The next steps were to overcome it. Everything I have done so far was in that direction — to normalise things,” says Bibin, who has drawn inspiration from actor-director Guiness Pakru. He says he would be happy if his movie inspires others. 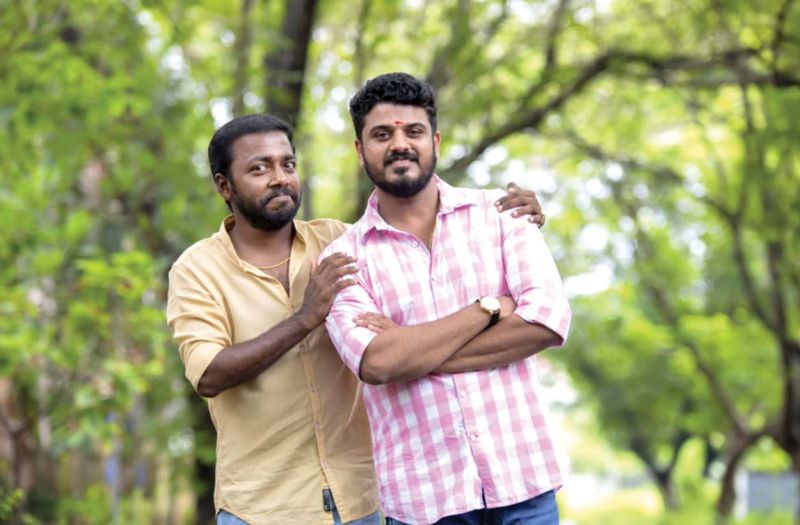 He walks back a little to narrate the path he has travelled. “It started with mimicry in Class VII. Vishnu and I have been friends since then. After Class X, I joined Kalabhavan to learn mimicry. Those days instilled in me a penchant for writing. I found writing skits interesting,” he says. From stage, Bibin moved to television. His first comedy programme Comedy Cousins broadcast on Asianet happened when he was 17. The journey continued till Badai Bungalow. “I still have all those writings with me,” he says smiling. “Writing for television was tiring and sometimes mechanical. There were times I had to write seven skits a day. But, it earned my livelihood,” he says. Some skits were hits, while others did not strike a chord with the audience. “It depends upon God’s grace. There were times skits that I wrote in five minutes went viral, at the same time, those I painstakingly did  failed to impress.” 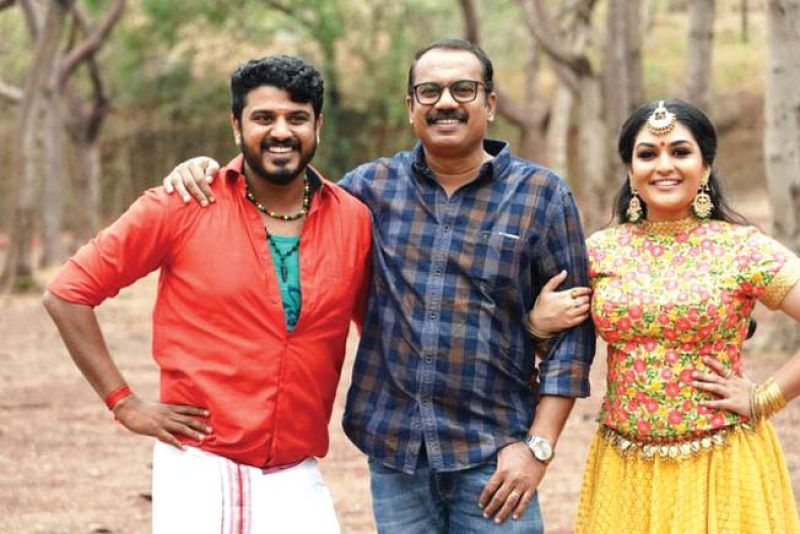 Bibin George with director Shafi and Prayaga Martin on the sets of Oru Pazhaya Bombu Kadha.

However, humour has been the hallmark of his writings since then. “I made humour a part of my life to catch people’s attention and avoid their sympathy.” It continued in his films too. Be it Amar Akbar Anthony or Kattappanayile Rithwik Roshan, there were scenes audience laughed their heads off.  “Amar Akbar Anthony was actually written for us (Vishnu and Bibin). I was supposed to do Jayettan’s role. But, it was difficult to bring out a movie with newbies like us. Then, known faces came on board. We were surprised to see them bringing life to our creations so beautifully on screen. The most important factor was Nadirsha, a brother-like figure to us. The movie was a block buster and its success boosted our confidence. Kattapanayile… elevated it further. It had no big artistes, yet struck gold. It strengthened our belief in script. But, all these are history; we cannot predict what lies ahead.”

Yes, that is Bibin’s philosophy in life. “What is happening right now is important. Our makeup artiste Sankar ettan used to say this: no matter how careful you are in life, you cannot be careful when you fall. Sounds tricky, right? But, that is the fact,” he says with a laugh. He has fallen many times in his life. But, he stood up. Such weak moments popped up while shooting for Oru Pazhaya Bombu Kadha too. “I feel low when childhood thoughts surface. It happened during the dance shooting sequence. I lost confidence and had to regain it,” he says. “Let me tell you something. I had no confidence in my acting skills until this movie got completed.” 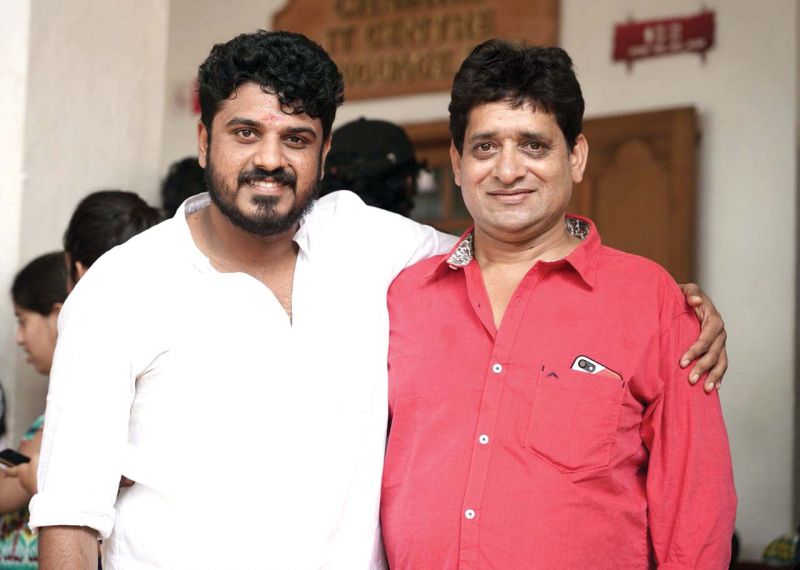 Shafi’s Oru Pazhaya… happened accidentally. “We were working on Oru Yamandan… Its shooting was supposed to begin in February, but we had to postpone it for seven months due to date clashes. Vishnu had films to fill this gap, but I had nothing.  We couldn’t work on a new project too as we write together.” It was then that Bomb Kadha came his way. “Allwyn Antony chettan had told me this story before. He had said that he would do it if I am ready to act. Once Oru Yamandan…got shelved, this movie began to take shape. Everything fell into place in just one day and we started shooting in February. Maybe, an answer to my prayer,” says Bibin who had a great experience working in this. Now, the shooting of  Oru Yamandan Premakadha starring Dulquer Salmaan in the lead has resumed. “It is Dulquer’s comeback to Malayalam after a while.” Bibin is one among the significant actors. “I am a playing a negative character.” Other actors include Vishnu Unnikrishnan, Soubin, Salim Kumar. “It is a love story. There would be humour too.”

Bibin’s story would be incomplete without his friends. Vishnu and Bibin have a bunch of friends who review their scripts before locking it.  “Our group called Manas comprises of people from different strata of society. They all would come together, listen to our script and dissect it before it becomes a cinema. We haven’t read big books or watch great films. The stories we have brought onto reel are taken from people we interact with. When we stop that, our stories too will end,” he concludes.