A humble yet strong start

A still from Kumbalangi Nights

Recent release Kumbalangi Nights, the story of four brothers stole the audience’s hearts even before they left the cinema halls. Meanwhile, many of the viewers were interested in finding out the details of the girl who played the character of Babymol. For those who still haven’t found out, her name is Anna Ben and she is the daughter of Malayalam scriptwriter Benny P. Nayarambalam.

“I saw an Instagram post by Ashique chettan regarding the casting call for Kumbalangi Nights and I sent a video clip of my performance to the team. I didn’t tell my father about it. But when I got a positive feedback from the Kumbalangi team, I talked to him and he asked me to give it a go.”

Until I got selected, I didn’t tell them who I was. The team was surprised when I told them who my father was and after the selection process, Dileesh chettan called my father and talked to him. Though I knew I did well during the audition, I was shell-shocked and could not wait to join the shooting.” 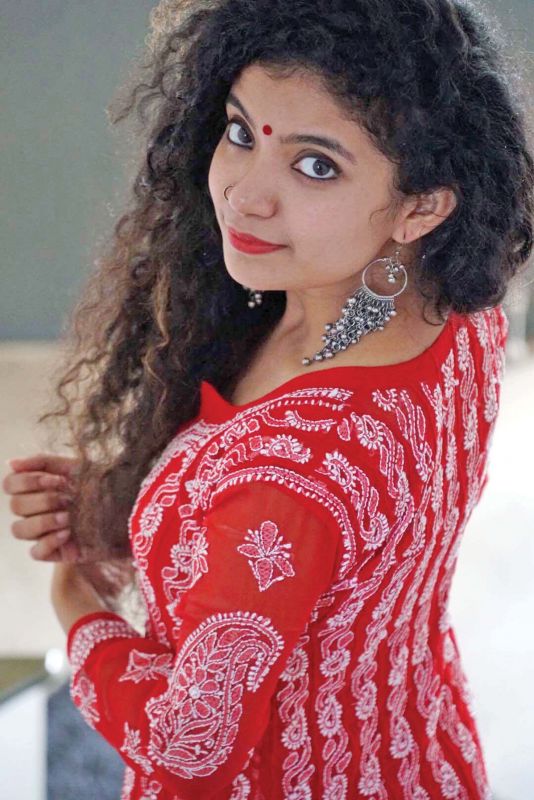 Anna, who is a graduate in fashion technology, was preparing herself to pursue masters, but destiny had other plans for her. Anna says because of her father, she grew up in a world of cinema, but never really wanted to approach anyone because she was not confident. She had appeared in a music video, but seeing her on screen, sharing screen space with the likes of Fahadh Faasil and Shane Nigam, and the way she acted, it would be hard to believe this was her debut.

“I was a bit worried, but there was no shortage of confidence boost from everyone in the crew. They were all very supportive, especially Madhu chettan (director Madhu C. Narayanan). It was not at all a cakewalk, but I could do well,” says Anna. The character Baby is a go-get girl and Anna could relate herself to Baby a lot.

Her one dialogue, “Yesu namukk ariyatha aal onnum allallo”, stands out and was liked by the audiences at large.

Seeing yourself on the big screen for the first time is special and Anna doesn’t hold her emotions back while explaining her experience. “It was very special. I was also very critical about my role and wished if I could implement minor changes in someof my scenes,” laughs Anna. When asked if she had dreamt of acting in her father’s works, she says, “I love all his movies. They are very close to me, but I don’t know if I ever wanted to feature in any of them. I would love to and who knows what happens in the future.”