Biopics, especially sports biopics, are something of a rarity in Mollywood, though Bollywood has woken up to this kind of storytelling based on sports heroes – alive or dead – that we all admire. When media man Prajesh Sen decided to step into films, he chose to start off writing and directing a biopic aptly titling it Captain, based on the life of an unsung hero of Kerala Football — V.P. Sathyan. He was the captain of the Indian national football team from 1991 to 1995 and was a legend who sadly never got his due. Life took a tragic turn for the talented footballer when he committed suicide by jumping in front of a train in 2006, with financial crisis and depression cited as reasons. He had also reportedly written a letter to his wife Anitha explaining his reasons for taking this extreme step.

In terms of cinematic appeal, Sathyan’s life portrayal was a gold mine with its mix of heroism and tragedy. But this was exactly what made Anitha wary when the subject was first broached to her for a newspaper report, “Prajesh is someone I knew and when he initially approached me with the idea of writing about Sathyettan, I was not happy because there were a lot of negative reports in some media about my husband. So I initially said ‘no’.”  But Prajesh did not give up and very patiently time and again explained what he intended to exactly portray through his writing. Anitha finally understood that there was truth at the core of what Prajesh sought and she gave him inputs for his story for the paper. It was much later that he put across the idea of making a film. Anitha says, “This time there was no hesitation from my side. Prajesh wanted to bring to screen the helplessness and despair behind the sportsman.”

She adds, “All I told Prajesh was that I wanted my husband’s dignity to be held high and wanted a true representation of events.” Anitha also felt that the big screen would provide a larger canvas for her husband’s life to be depicted and be understood. Captain stars Jayasurya as Sathyan and Anu Sithara as Anitha. The ‘reel’ met the ‘real’ when both the actors visited Anitha at her home to discuss and gather information about their characters. Anu – Anitha feels is the apt person to play her, “I met Anu when the screenplay was already written and she wanted to know about her appearance. She showed me some proposed character images and asked me if I was agreeable to those costumes and makeup. I told her that she need not strictly follow the dressing style of those years.” 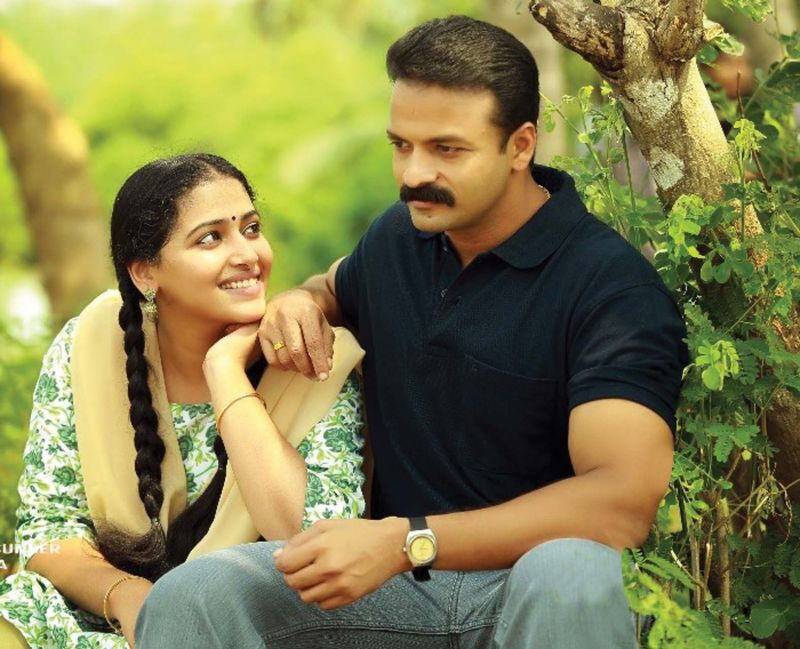 Anu Sithara and Jayasurya as Anitha and Sathyan in Captain.

Anu takes it up from there and says that after reading the script, she and the director went to meet Anitha and spoke to her, “What struck me was the similarity in our style of talking since we both hail from the northern belt of Kerala, so I did not have to alter my way of speaking at all. Anitha chechi even used to come to the location and recall certain tidbits about her life, which made acting her part very easy. Prajesh and Jayasurya too helped me grasp the character.” Anu says that she was initially apprehensive about portraying a real person like Anitha but once she got the feedback of her crew, she became confident, “The crew commented that there was a lot of similarity in the way we spoke, behaved and even looked. So that allayed my fears to a big extent.” Her reason for choosing to sign on the dotted line was because the story was based on a real person and the cast, especially Jayasurya, was known to her since she had already acted with him.

Director Prajesh also reveals that it was the fact that both Anitha and Anu were from the Malabar belt that worked in Anu’s favour. “Another factor was that though Anitha is an engineer who studied in Coimbatore, she is a very traditional woman. Anu, I felt, could carry off that look. Another big aspect was that the photos of Anitha chechi, when she was young, and Anu look very similar. Added to all this is the fact that Anu is a very good actor.” Anitha is very happy with the way the film has progressed and states, “Normally after a well-known sportsperson passes away, it is only the family members who remember them. But in Sathyettan’s case, books have been brought out on him and during his death anniversaries functions are organised. This time around, I am happy a film has been made.” Jayasurya has also spent a lot of effort in understanding the man and the sportsperson behind Sathyan - enquiring and gleaning every detail about him, she reveals. Anitha ends by saying, “I always want his name to live on and am glad that is coming true.” We hope for Anitha’s sake, Captain scores goals at the box office.