When Prithviraj strides in wearing a blue checked shirt and jeans and gives a half smile, all affable in the midst of a very tight schedule, one forgets the long wait to finally talk to the actor. The actor is gearing up for his fourth film of this year — Vimanam — which is based on the real-life story of Saji M. Thomas —  a deaf mute who reportedly built a lightweight aircraft. But this is not a biopic; there is a romantic angle as well. The film’s tagline says it all —  ‘To fly was his dream, to love his destiny’. The film is shot across two time periods and Prithviraj shed weight to play the role, which he shrugs off as inconsequential. “Losing weight has never been a big challenge for me; it’s something that, given my age, I am still able to do. As I get older, it might be a challenge, but right now it is one of the easier things I can do for a film,” he states. That part cleared, he moves on to talk about the film, “Vimanam is not very different from my other films — it had a well-written script to go by and I made sure that I comprehend the written script as well as I can before I moved in for the shoot (like all my films). That was the only preparation I did.”

To hear Prithviraj say this with such ease makes acting sound like a breeze. It has been a decade-and-a-half since the actor debuted through Nandanam in 2002. Nearing the 100 film mark, the actor has straddled the commercial and the serious genres with élan. Over the years, his grasp over the mechanics and business of cinema has sharpened and he has diversified into the role of a producer too. He marked his presence in Kollywood and Bollywood. Recently  his third Bollywood film  was released — Naam Shabana, in which he played the antagonist, receiving a lukewarm response. His other Mollywood films of the year — Ezra, Tiyaan and Adam Joan were all genres that were not experimented much in Malayalam, with each receiving varying degrees of success.  The BO success is immaterial to Prithviraj. He has long learned to detach himself from the outcome of a film. “I am equally detached from my successes and my failures. I think it is important to be that way. Very often on every other Friday, you are going to be faced with a success or a failure in this job, so you cannot design your life around the outcome of each film. Once I do all that I can for a film, I walk away from the eventuality of the film. Tomorrow, if Vimanam is a huge success or a big disaster, both outcomes will affect me equally less,” he philosophically states. 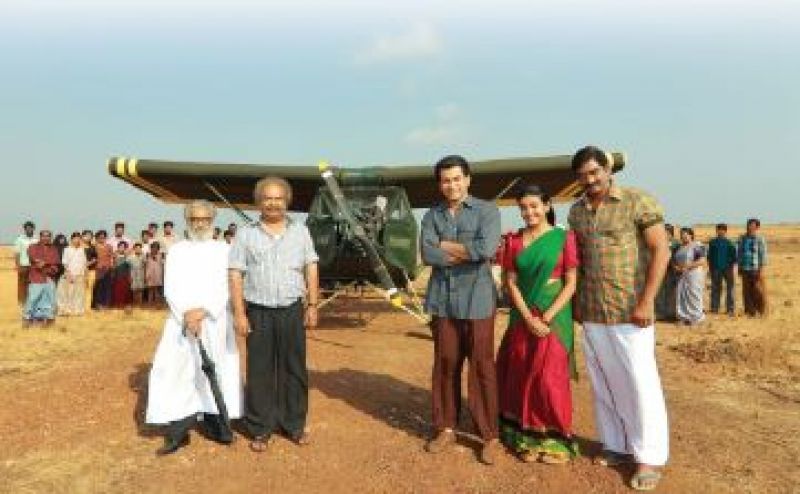 The good-looking actor says the way he looks at cinema has evolved over the years. “When I entered films, my biggest dream was to do a film with a big director or a big production company like the Bhadran-Good Knight legendary combination. But now I realise it is no longer about the director or the producer. All that matters is what the film is about and how it is executed, which is reflecting in my roles.” As an aside, he says, “I keep thinking I should slow down and do lesser number of films each year.” To Prithviraj, it is not just acting but the whole process of a cinema — right from the conceptualisation to the execution — that allures him. So it was no surprise when he decided to take up the mantle of a director with the Mohanlal-starrer Lucifer. But direction, he says, is something he wanted to do since a very long time.

He reveals, “When Babu Janardhanan first told me the idea of City Of God, I wanted to direct it! But later on, it made its way to Lijo Jose Pellissery and I must admit that Lijo made a much better film than what I was thinking.” Coming back to his directorial Lucifer, he mentions that it was a completely accidental choice, which fell in place suddenly. Prithviraj and Murali Gopy were doing a film together and pitching ideas to each other when one day Murali told Prithviraj a story idea that he wanted to do with Mohanlal in the lead.   Prithviraj explains the rest, “I asked him who would be directing and he asked if I would like to do it! I said I would love to, but I did not know how Mohanlal and producer Antony Permabavoor would like the idea because it was a story that any big filmmaker would say yes to.”  Well, looks like they loved the idea! The next day Antony flew down to Hyderabad where Prithviraj was and put Mohanlal on the line. The whole sequence unraveled over 24 hours and the wonder is still evident in his voice. Divulging the current preparations, Prithviraj says, “The writing is going on. I am a fan of Mohanlal, which is a public secret and I intend to show him the way I want to see him and hope people join in my vision.” He hopes to kickstart the shooting by June.

What makes Prithviraj let down his guard is when he speaks about his daughter Alankrita, fondly called Ally. The doting father is on show when he talks about the only person who can twirl him around her finger, “Rhetorically speaking, apart from your parents, that is the next permanent thing you have in your life. She is a part of me and regardless of what happens, she will be there and I guess that is what is called ‘blood relationship’. Fatherhood is a wonderful teacher in terms of patience and suddenly you realise that a lot of things you thought impossible are actually possible.” The warmth creeps into his eyes when he says, “She is a compulsive dancer.”