On course to a seasoned actor

Rajisha Vijayan is beauty personified. Her long hair, evocative eyes, and the girl-next-door appeal make her the favourite of the Malayali audience. This was exactly how Elizabeth of Anuraga Karikkinvellam was. It might probably be the reason why Rajisha could do complete justice to the character and charm the audiences and critics at the same time, taking home the Kerala State Film Award for Best Actor. Though she has not many movies to boast of, it seems that Rajisha has always made it a point to grab the spotlight whenever she appears on screen. Her attempts to be June Sarah Joy of June, one of the most awaited movies of 2019, saw her undergo an amazing makeover as well.

She has broken that mould and has stepped out of her comfort zone to conceive a character that, she says, will never disappoint her audience who have great expectations from her. “June is a coming-of-age film that travels through a girl’s life, starting from the age of 16 when she is in school to her marriage at 26. June Sarah Joy is very close to my heart as I took a lot of effort to get into the character’s skin.

It is probably the most tiring character I have attempted till date as the transition of the character from each age was difficult. It required rigorous physical as well as mental preparations. Losing those extra kilos was taken care of by my trainer. However, getting hold of the mannerisms of a teenager and a matured woman was a bit tricky and I had to be extremely careful not to go overboard as it would completely take attention away from the essence of the story.” 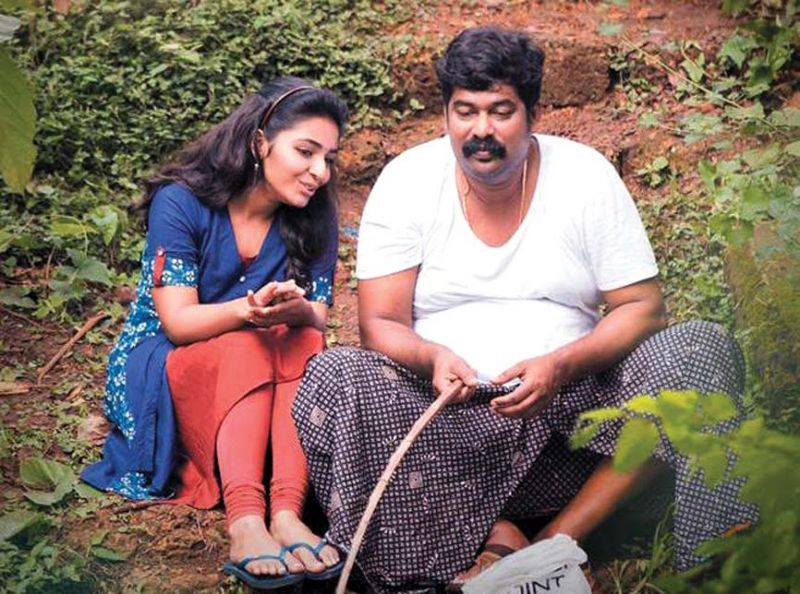 Rajisha adds that apart from her makeover, the movie has been a long journey for the entire cast and crew as well because even June’s friends (16 newcomers) had to undergo the physical transformation that had to match their age. The movie is directed by debutant Ahamed Kabeer, which again made it a difficult task for Ahamed to find a producer. As Rajisha puts it, “ After meeting around 17 producers, It was Vijay Babu who trusted the director and the script. He was admant that  June’s story had to told to the audiences”

Asked what persuaded her to commit a movie by a group of newcomers that would eat up a lot of time off her career, Rajisha says, “Direction is definitely the most important part of a movie. But I think that the backbone of a movie and the major factor that decides its success and failure is its script. June has one of the most amazing and solid scripts that has forced all of us to become a  part of it. That said, people might think that it is a female-oriented movie. But the truth is that it is an ordinary movie that uses June as a catalyst to look into a girl’s life and understand various emotions that she goes through in an organic way.

June shows us that women-oriented movies need not always have serious subjects that depict a woman as a victim, a survivor or a fighter. It can be portrayed in a light and relatable way as well.”

Elaborating on the physical transformation for the character of June that required her to chop off her long hair, Rajisha says that it was an inevitable part of the journey of becoming June. “As I already mentioned, I had to undergo the physical transformation as my character’s age advanced. My hair cut was also done in par with the six different get-ups that I have in the movie. Though I was initially very much reluctant to cut my hair, our producer Vijay Babu convinced me to do it. After completing my shoot, I understood how important it was for me to undergo the physical transformation in order to look like June. I also lost nine kilos to look like a school girl,” she adds. The actor stresses that the makeover brought her closer to the character and she started feeling confident that she could pull it off well.

But Rajisha adds that her extreme involvement ultimately resulted in June still lingering with her even after the shoot of the movie was completed. “In order to remain in the character I used to behave as a school girl on the sets even while we were not shooting. However, that does not work out everytime as we do not shoot the scenes in order of the sequence. I was so much attached to the character that it did not leave me even after the shoot ended. I remember calling Joju George and crying over the phone addressing him as Appa as he appears as my father in the movie. Even my room felt an alien place for me for few days,” she says.

Asked if Rajisha has any qualms of taking a long break at a crucial point in her career, she answers in composed and confident tone, “I am not a blessed actor. I work very hard in order to realise a character. I have invested a lot into June and feel content. Quantity was never my priority as I can only become one character at a time. Given a choice, I will only opt for quality. I am here to become an actor, not a star,” she concludes.