DECCAN CHRONICLE. | ELIZABETH THOMAS
Published Jul 6, 2019, 12:00 am IST
Updated Jul 6, 2019, 12:15 am IST
Anu Sithara, who will be next seen alongside Dileep in Subharathri, talks about her journey from an aspiring to a mature actor.

I started my career doing small characters. Audience may not even remember them now. I am happy I could reach this far — Anu sithara

Looking back, Anu Sithara feels happy and grateful. A girl who grew up dreaming cinema, she is content with her journey so far. “I started my career doing small characters. Audience may not even remember them now. From there, I could reach this far. I am happy about it,” says Anu, who has become a household name now.

Her career began with Pottas Bomb in 2013. She was, then, seen in character roles in a slew of movies including Oru Indian Pranayakadha, Anarkali, Happy Wedding, Campus Diary and Fukri. Her luck changed with Ranjith Sankar’s directorial Ramante Eden Thottam where she played the female lead Malini. Since then, she has been seen in a number of movies that include Sarvopari Palakkaran, Achayans, Padayottam, Johny Johny Yes Appa and the critically-acclaimed Captain and Oru Kuprasidha Payyan.

Latest, she was seen in And the Oscar Goes to as the love interest of Tovino Thomas. Her next is Subharathri opposite Dileep. Directed by Vyasan K.P., the movie is based on true events. Anu, who appears as Sreeja in the movie, says, “I cannot divulge more details of my character.”

She says whenever a new movie comes up, she gets this question about novelty in her character. Anu says each character has an identity. “I may look the same on screen, but characters are different,” she opines.

Ask her how cinema has changed her as an actor and a person, Anu says it has widened her world and made her more responsible. “Back then, my world revolved around my family and friends in Kalpetta. I just had to think about them. Now, there are many people who love me. I am responsible to them,” explains Anu. 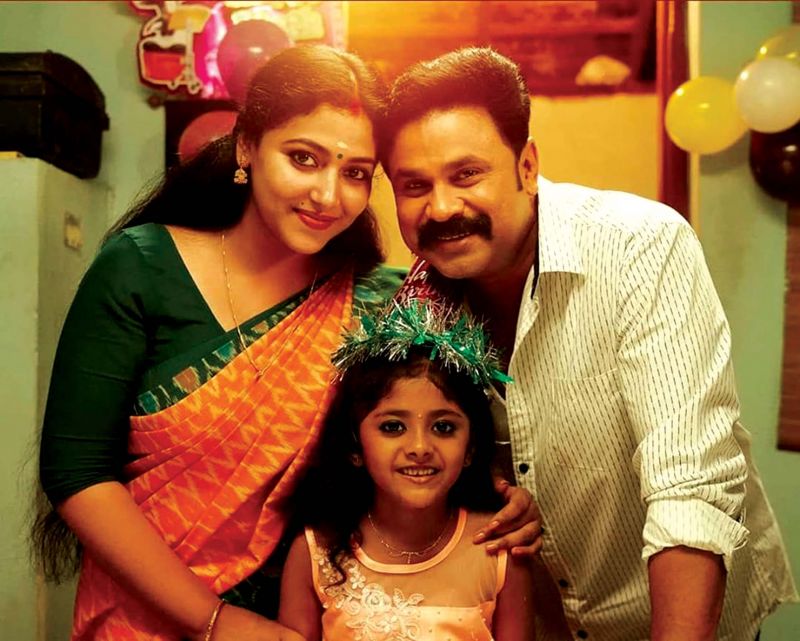 ‘I am open to experimenting with roles, but I should be comfortable doing them. Else, I will say no. I may not be able to do all characters that come my way’

She also says that each project has been a lesson. From mugging up dialogues and enacting just what the director wanted, she has grown to an actor who observes and thinks. “That element I learned from my senior co-actors. No matter how experienced they are, they always look for ways to make their performance different. They are also quite updated about new developments in the industry. That is something I have acquired from them. Now, I make it a point to update myself about my profession.”

As an actor, she is optimistic about the changes in the industry. Anu believes change is good and inevitable. "Observe our cinema, it has always evolved. So, it is part and parcel of the process,” she says. She sounds hopeful when she talks about the body positivity wave that has hit the industry recently, breaking traditional representation of women. “I think it is all about audience appreciation.

Whether the actor is plump or size zero, if audience likes the character, they will accept it. Look how successful Vidya Balan is, that too in an industry where size zero is the norm,” says Anu, who loves enacting characters that demand body transformation.

However, she is particular about her comfort in the character and look on screen. “People should like us on screen,” she reasons. “I am open to experimenting with roles, but I should be comfortable doing them. Else, I will say no. I still have to learn a lot, and I am aware of my limitations. I may not be able to do all characters that come my way. I do characters that I am confident of,” says Anu, who wants to do memorable roles like Urvashi’s Sulochana in Midhunam.

One such memorable character that crossed her life is Malini from Ramante Eden Thottam. “It was my first role as a heroine, and was challenging, too. I did not know much about Malini. Moreover, the director (Ranjith Sankar) had briefed me that he needed subtle acting. In fact, I was a bit tense. But, all my fears turned to dust once I reached the location. People around me supported me in transforming as Malini. That boosted my confidence. People help us."

Next, Anu has Mamangam in her list. Though she is not allowed to reveal about her character, giggling she says, “Period movies happen once in a while. So, I didn’t want to lose this opportunity. It is a big project, and I am waiting!” she concludes.

Chola in cinemas on December 6