He loves the stage

Each screening of Angamaly Diaries ended with a series of ‘wows’ from the crowd — for the actors, especially for the towering screen presence of ‘Appani Ravi’. It is perhaps for the first time that an actor got a registered fans’ association after his debut movie. Sarath Kumar says it was not something made by him, but by a group of youngsters who came together impressed by his ‘Appani’ act. As you get to know him, more ‘wows’ follow, for Sarath bears no resemblance to the carefree, ruthless, no-nonsense ruffian from Angamaly. Overnight stardom has made this passionate actor all the more grounded.

“I am very glad that ‘Appani’ happened. From a theatre student, I became a movie actor, got the opportunity to work with people I hadn’t even dreamt of meeting, made my parents proud, married my girlfriend, built my dream home and above all, received love from people all over the world. It’s all because of movies,” shares Sarath, speaking from the sets of Amala in Athirappilly. In the offbeat movie directed by Safeer Thailan, he plays a pivotal role along with Anandam-fame Anarkali Marikar. He has just finished Jijo Antony’s Pokkiri Simon and Laljose’s Velipadinte Pusthakam, in which he shares screen with Mohanlal. Also coming up are Odiyan and Pipein Chuvattile Pranayam, with Aju Varghese and Dhyan Sreenivasan,  and a few other projects. ‘Appani Ravi’ hasn’t got to stereotype Sarath. “You can see very different performance in all these movies. I was lucky enough to get diverse roles. 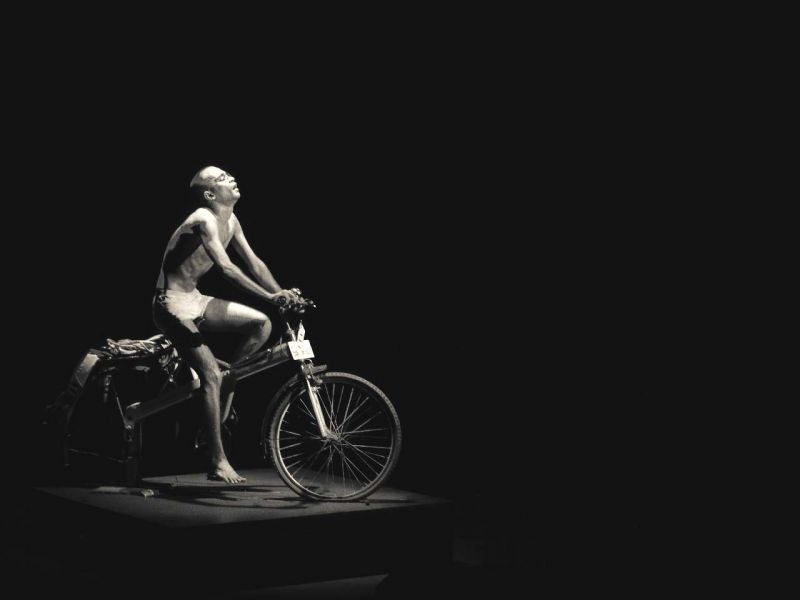 A still from the play Cyclist

“In Pokkiri Simon, I play Love Today Ganesh, an auto driver who is a hardcore Vijay fan. In Velipadinte Pusthakam, I play Franklin, a youngster who is a student during day and a fisherman during night. I act as Lalettan’s favourite student and have two get-ups in the movie. There are a lot of emotions, romance and humour. I have no words to explain the feeling of acting with Lalettan and watching his graceful movements and performance. I can’t still believe I could act with such a great legend,” he says.

However, being busy hasn't made Sarath lose focus from theatre. “I haven't felt any lack of time. Theatre is what made me; I can never let it go,” says Sarath, who is also directing a play Nagothra. This is not his first; he has directed and acted in several mimes and plays, the notable ones being Cyclist, which went on to win the State Youth Welfare Board Award, and Narendra Prasad's Friday. Apart from composing music for a few plays, he has worked a lot with children's theatre too. Taking you along through his dreams and future plans, the humble Sarath says, “Many people advised me to start a business while doing movies, but I know nothing else other than acting. All I can do is my part towards theatre.”
So, he decided to make the move. With a group of likeminded theatre enthusiasts, he is launching a mobile application — the first of its kind — on theatre named Theatrelife. 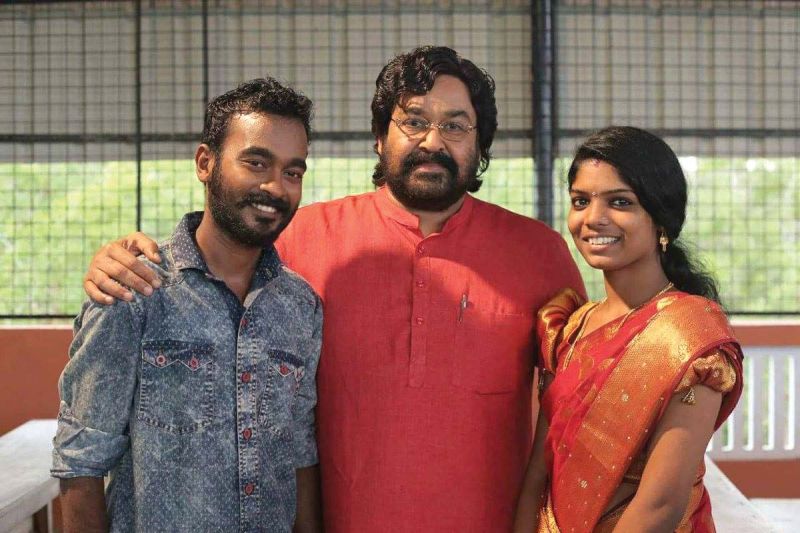 Sarath and his wife with Mohanlal

“Theatrelife is an encyclopaedia on Kerala theatre. The app will have a list of all playwrights, actors, their works, photographs and also the theatres across the state. “We will update information on the ongoing plays being staged and are also planning to include facilities for booking stages. The app will also serve as a stress-buster by offering classes on children's theatre, meditation, kalarippayattu, kutiyattam, etc. Theatre is an excellent way to revive people who are looking for optimism and energy in life. Those registering on the app will be introduced to the classes at our space.”

Speaking of space, Sarath reveals that he has plans to open an institute for performance, not just theatre, but dance” forms too. "My wife Reshma is a Bharatanatyam student at Sree Sankaracharya Sanksrit University, Kalady, whereI was a theatre student. Making use of her skills in Bharatnatyam, Mohiniyattom and   Kuchippudi, we plan to develop the institute. My idea of a play is a visual treat which offers a movie experience to the audience," he adds. Asked where he was planning to build his institute, pat comes the reply, “Of course, somewhere near Angamaly!” During the shoot of Angamaly Diaries, Sarath did not know how to drive and it was his co-actor Tito Wilson, who played ‘U Clamp’ Rajan, who rode the truck. “I learned to drive after that. In Pokkiri Simon, I drove  an auto rickshaw and in Velipadinte Pusthakam, I steered a boat to the mid-sea. I even did a car chase in a movie. I am confident enough to even fly an airplane now,” he laughs.