The trailer of director Sundar C’s upcoming acting venture - a hardcore horror movie Iruttu - created a lot of buzz  as the ace filmmaker had indulged in hot lip-lock and had explicit intimate scenes with newcomer Sakshi Choudhary.

When we queried, Sundar, who sports khaki for the film, explains that it will be justified in the film. "It is a crucial scene in the film, and in fact, the director of the film VZ Durai wanted us to get more intimate. However, I put my foot down."

He also said since the film was shot in Ooty, his wife Khushbu was very much present when these particular scenes were canned as she had come to the location with daughters for a holiday. “Imagine my plight,” he adds. 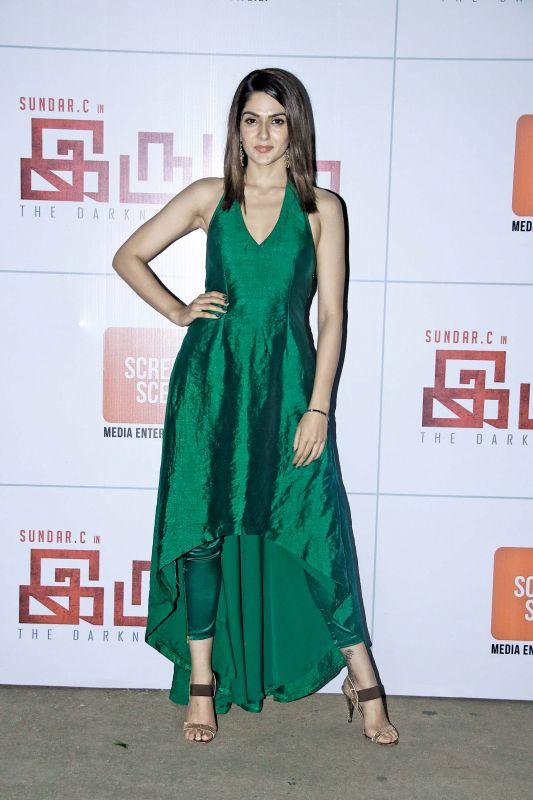 Ask him about how many takes he took as he said earlier that Durai is a taskmaster and will not leave till he gets the shot correct. “Oh yeah, he took a number of retakes for these smooching scenes. It was not intentional. Perhaps he didn’t get the desired effects he had envisioned.”

However he quips that after a point, Kush left the room and stood outside despite it was freezing cold.

Iruttu is different from the stereotype horror genres and is devoid of ghost per se, claims director Durai.

“We have introduced a new element called ‘Islamic Ghosts’, which are called Jinn. We have done quite a research in introducing Jinn, which are new to Tamil cinema.  The Quran has references to witchcraft and the evil eye as well as to supernatural beings known in Arabic as Jinn. Muslims affirm that Jinn exist.”

He also added it was VTV Ganesh who introduced Sundar to him. The movie bankrolled by Screen Scene Media Entertainment features Vimala Raman in a key character, VTV Ganesh, Sai Dhanshika and Yogi Babu. While music is by Girish, the movie is set to hit the marquee on December 6.

‘The South has given me so much of love’