Jeeva Subramanian is one of the rising transgender actresses of 2019. Though she started her career as a makeup artiste, she started acting in short films and later got her space on big screen. Her short film Aval Nangai brought her in the limelight.

“When my dad saw me for the first time on the screen in Dharma Durai he called me and said he would proudly tell everyone that he has a daughter. I cannot express my happiness when I heard those words from my dad,” relishes Jeeva. 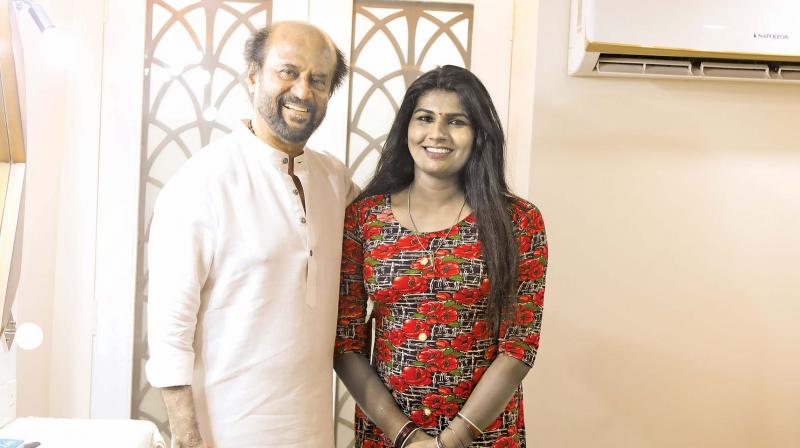 Jeeva who made her debut in Dharma Durai, is acting with Superstar Rajinikanth in Darbar in an interesting role.

“I was appreciated by Seenu Ramasamy, Vijay Sethupathi, Madhavan and GV Prakash for the role I played in my short film Aval Nangai,” says Jeeva.

On braving odds, Jeeva says, “It took a lot of hard work and pain to realize my dream.”

She won the best actress award in 2018 for a transgender short film and documentary festival in Madurai. Jeeva who left her home at the age of 13 is excited to return to her family after several years.

On Darbar experiences, she says “I never thought that I would act with Rajini sir. It was a dream come true and working with him was an honour. I worked as a makeup assistant in the movie Linga and Kaala.

A.R. Murugadoss sir motivates me a lot I have worked as a makeup assistant in Sarkar. It was then I  asked him for a role in his movie and he promised that he will definitely get me a good role and it happened.”

Jeeva's future project is going to be with Karthik Subbaraj.