Amid talk on his political career, Rajinikanth arrives in Mumbai to shoot for Kaala

Chennai: Tamil 'superstar' Rajinikanth on Saturday arrived in Mumbai to shoot for his upcoming film 'Kaala Karikalan' (Kaala) scheduled to begin on Sunday. 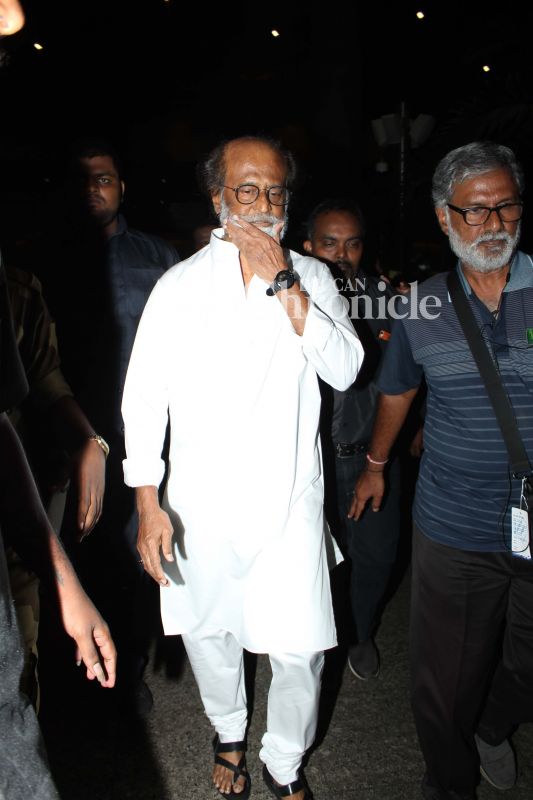 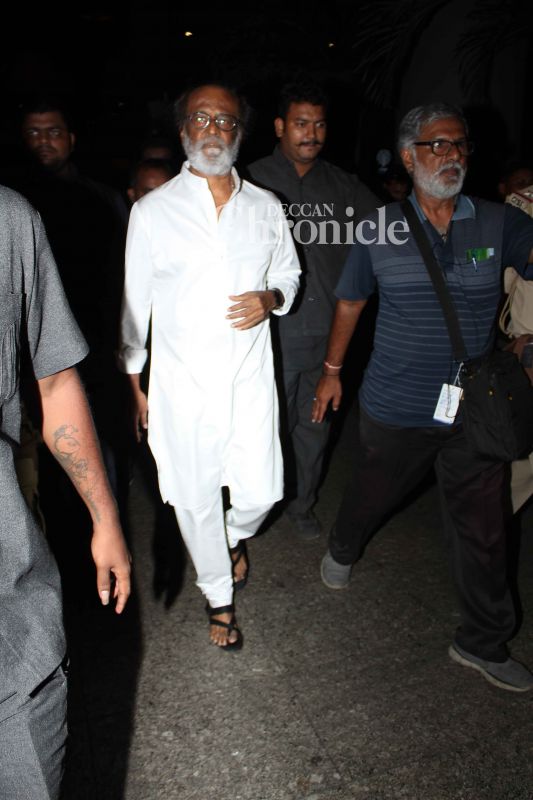 The film considered to be a sequel to 'Kabali,' which released last year, would be produced by Wunderbar Films promoted by Rajinikanth's son-in-law and actor Dhanush.

"The shooting for Kaala begins tomorrow.. I am leaving for Mumbai.. You are doing your job, please allow me to do my job," Rajinikanth told reporters before leaving to Mumbai.

The actor also dodged a question on the reported comments made by his brother on his possible entry into politics.

Last week, the 67-year-old 'Kabali' star met his fans after a gap of eight years and had hinted of taking the political plunge when he asked them to carry on with their daily responsibilities, but "face the war when it comes."

Pa Ranjith, who had directed 'Kabali' would be weilding the megaphone this time too.

Ranjith's favourite musician Santhosh Narayanan is on board 'Kaala' also and the film is being made in Tamil, Hindi and Telugu.

The film had earlier courted controversy with the adopted son of Mumbai don late Haji Mastan alleging the plot was based on his father's life.

The makers had, however, denied it.

Recently, Dhanush had released the title and the first look of the movie on social networking sites.

■Anjali Patil is the latest addition to Kaala
■Allow me to do my job, says Superstsar Rajinikanth
■Rajinikanth warns fans against indiscipline, might expel them from fan clubs
■Tamil Nadu: Vaiko not to comment on Rajinikanth
■Anjali Patil to play key role in Rajinikanth’s next film