He's also asked them to trust the lawmakers.

Mumbai: After Kamal Haasan, Rajinikanth has also urged protestors to end riots and go back home.

In a handwritten letter in Tamil that the superstar shared on Twitter, he's addressed the scores of Tamil youth who have been protesting against the Supreme Court's ban on Jallikattu. 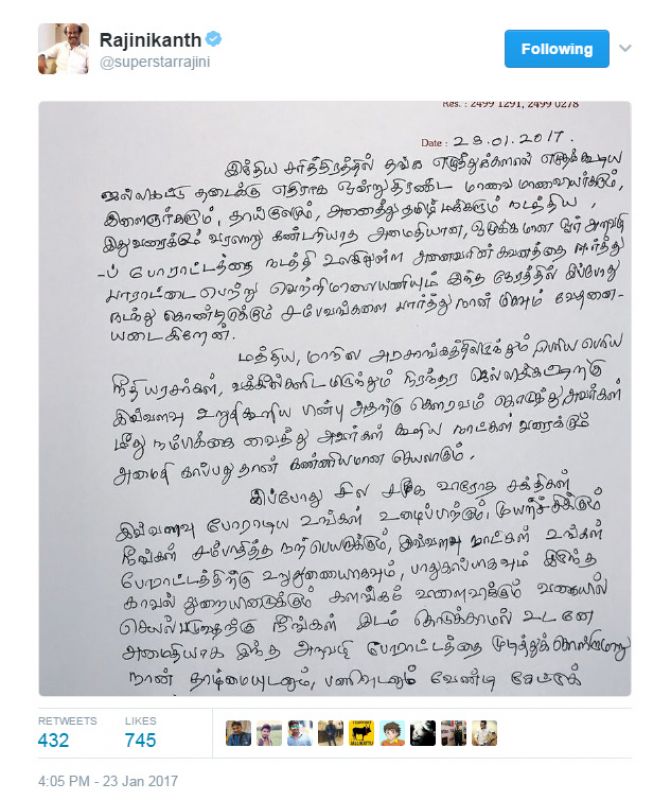 Rajini asks the protestors to quit the protest, saying that the right thing to do is to trust the lawmakers' words and give them the time they have asked for.

He has also said that the protestors should not give room to 'anti-social elements' and taint the goodwill that they have earned until now." 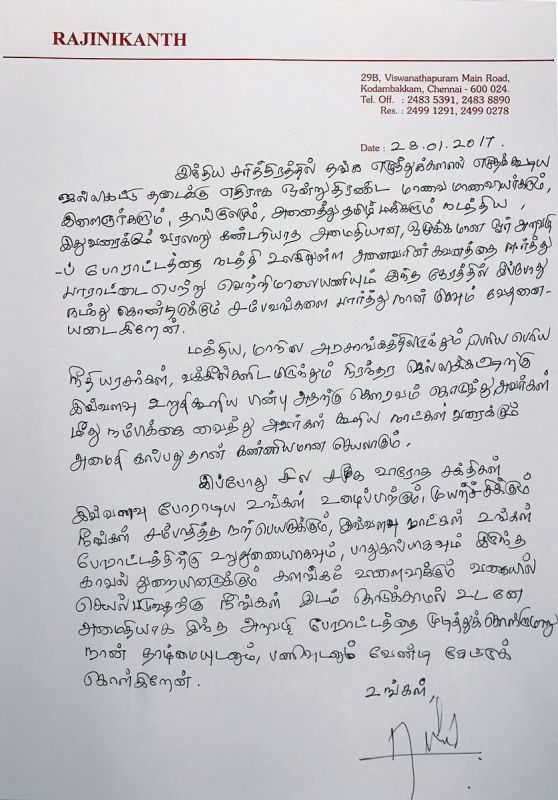 He also added that miscreants have been trying to hijack the very peaceful protests.

Kamal had also tweeted urging protestors to not resort to violence.

The week-long pro-Jallikattu protest at Chennai’s Marina Beach turned violent on Monday after early morning crackdown by the police on scores of protesters, demanding a permanent solution for holding of the bull taming sport.

The Supreme Courts ruling, banning the traditional bull taming sport had been met with tremendous resistance across the state, including its thriving and influential film industry.

AR Rahman, Ajith, Dhanush and other popular celebrities had come out in support of the sport. Suriya and Vijay had supported the protest by the students and lashed out at PETA for opposing the bull taming sport.