Writer, lyricist and director A P Arjun turns producer with 'Kiss'. While the filmmaker's new definition for Kiss, which is ready to hit the screens from September 27, means - Keep It Short & Sweet, marks the debut of two new actors, Viraat and Sreeleela into the Kannada film industry.

What makes Kiss, a special treat for Arjun's fans is that he makes his comeback after a gap of three years! His last directorial venture was 'Mr. Airavata' featuring challenging star Darshan alongside Urvashi Rautela, Prakash Raj and others.

On turning producer for Kiss, Arjun says, "It was an unexpected decision since I started the project with direction but eventually due to some circumstances, I had to produce my own dream venture. I always wanted to produce and direct my own film one day but the situation made it happen a bit quicker. However, we have given our best for Kiss, and audience will realise why it took three years for me to return." 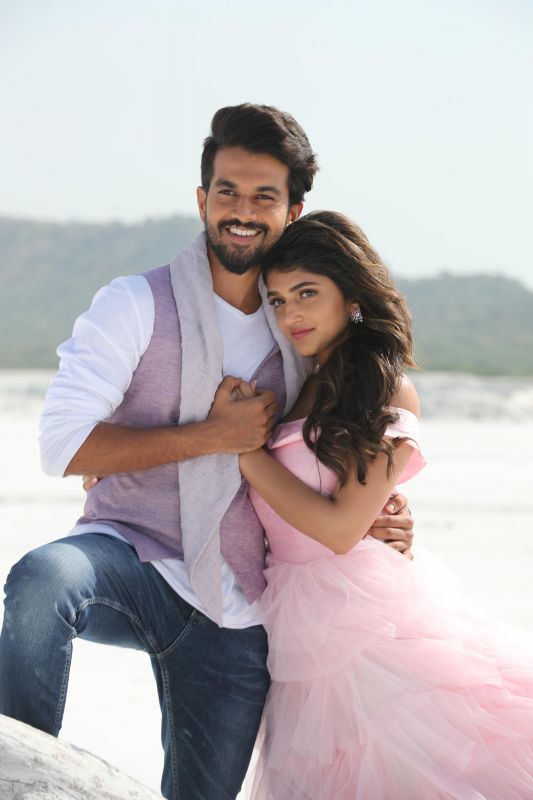 While he is known for introducing new talents apart from making big budget films starring star actors, he goes onto add that with respect to newcomers, the makers are at liberty to make changes at any given point of time and moreover it is always a great comfort in working with new talents.

The two actors, Viraat and Sreeleela, both underwent various training for at least a year before they faced the camera for Kiss. While Viraat has worked in the popular television soap - Jothe Jotheyali, Sreeleela is fresh out of college.

The songs for Kiss is scored by Harikrishna, and his son Adi, to which Arjun has penned the lyrics for them all.