Chennai: While everyone, particularly the Vijay fans, are raving about the first look and the title of Ilayathalapathy’s 62nd unveiled on Thursday, one diehard campaigner against tobacco is not quite impressed. 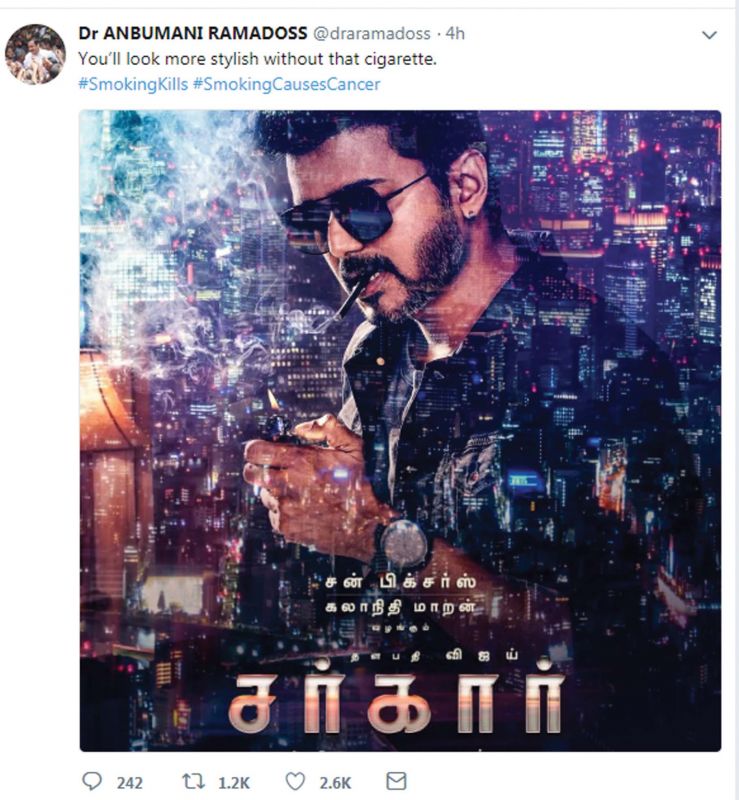 The Dharmapuri MP has a ‘special’ reason for being upset with Sarkar Vijay’s sporting a cigarette in his dashing pose for the movie that his fans are betting would be the biggest grosser ever when it hits the screens this Diwali.

Responding to a passionate appeal by Dr Anbumani, when he was the Union Health Minister (2004-2009), Vijay had declared he would “never again smoke on the screen”.

And that pledge was prominently carried by all the mainstream Tamil media at that time, besides getting the Minister thanking the young star warmly.