The Chennai police on Thursday arrested actor and Tamil Film Producers Council President Vishal after he tried to break open the lock on the TPFC office door in T.Nagar put by a rival group in T.Nagar. A group of producers had protested against Vishal, accusing him of acting arbitrarily and swindling the council’s money. Demanding his resignation, the group had locked both offices of TFPC.

Vishal halted his shoot in Pondicherry and headed back to the city late at night. Along with other office bearers of TFPC, he lodged a complaint with Pondy Bazaar Police Station against the rival group.

On Thursday morning, Vishal and his supporters reached the council office at T.Nagar and allegedly tried to break the lock. The police deployed there stopped the actor from entering the office. Heated arguments took place with Vishal questioning the cops as to why so many police have been deployed to safeguard a building that had been locked by unauthorised people.  When he persisted with entering the building, police detained him. 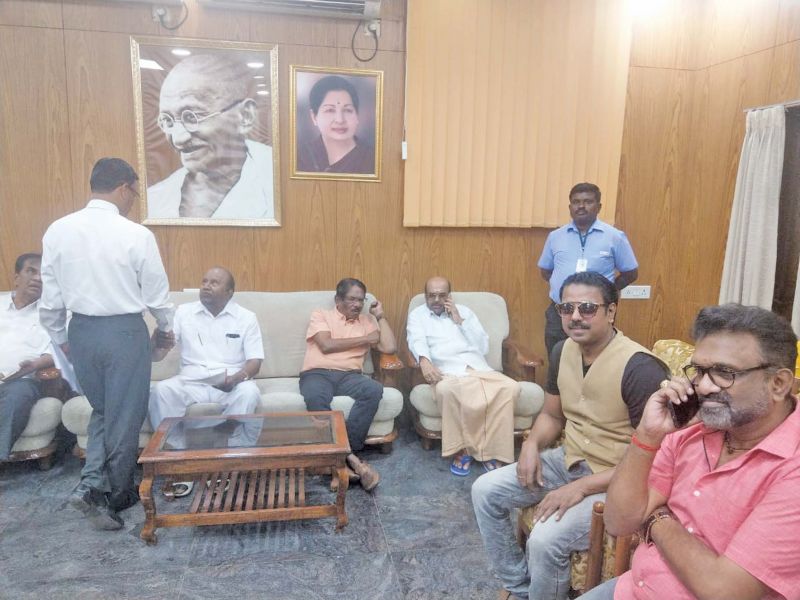 Speaking to the press, an angry Vishal said, “I have not committed any mistake. They are not allowing me to go inside my office. If we ask questions they are arresting us. This is ‘unbelievable’.”

Cops on their part reportedly said that “When Vishal’s complaint is under scrutiny, he cannot take the law in his hands and try to enter the premises. Hence we detained him.”

Vishal took to twitter to post, “Police who were mute yesterday when unauthorised ppl locked the doors & gates of TFPC have arrested me & my colleague today for no fault of ours, absolutely unbelievable. We will fight back, will do everything to conduct Ilayaraja sir event & raise funds to help producers in distress.” 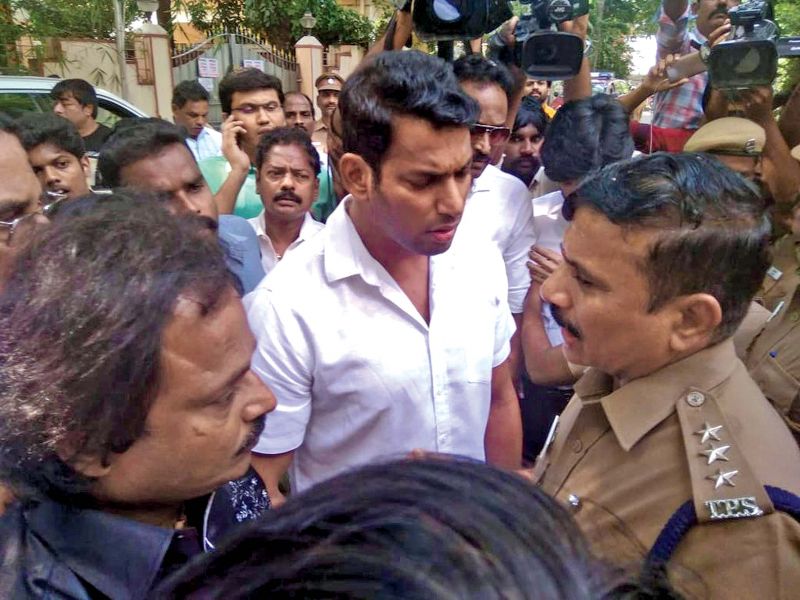 It was revealed that the locks were removed from the TFPC offices later in the day.  In the meantime, the rival group of producers, including T.Siva, Suresh Kamatchi, S.Ve. Shekher, Alagappan and K.Rajan under Bharathiraja’s guidance met CM Edappadi Palanisamy and submitted a memorandum addressing their grievances and problems plaguing TFPC.  They are reported to have pointed out there was no transparency with this set of office bearers and that TFPC elections must be held within four months.