DECCAN CHRONICLE. | ANUPAMA SUBRAMANIAN
Published Sep 20, 2019, 12:00 am IST
Updated Sep 20, 2019, 11:44 pm IST
People who spread hatred must focus and use their energies to trend them for good causes by creating hashtags.

Since Bigil revolves around the game of football, Vijay said in a philosophical tone, " You can play politics in many ways, but do not let politics enter sports. Life is also like a football game. You will try to score goals, while there are people who will try to stop you from doing so. Sometimes even people known to us put same side goals. Do not try to be someone else, be original and craft your own identity.”

To emphasise his point, he added with a pun, “If the right people are made to sit in the right place, things will be good (Evana enga okkara vekkanumo avana anga okkara vecha, ellam nalla irukum). He cited a Kural from Thirukkural to draw a reference to the present political climate of the state. “You can’t keep someone from a fish selling shop in a fireworks stall. He would automatically sprinkle water on it.” 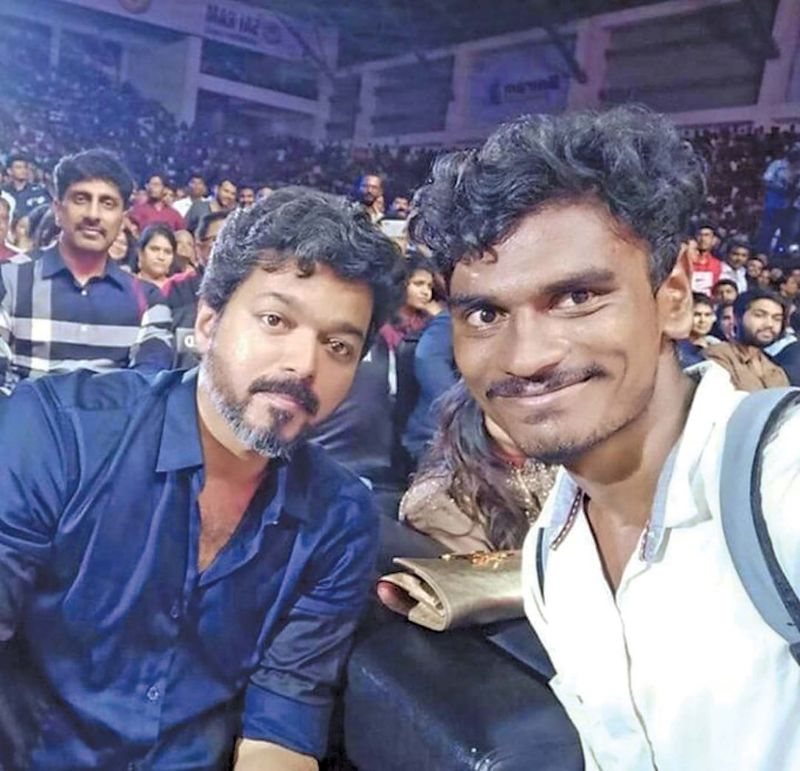 Talking about Subhasri’s tragic death, he said, “Regarding her unfortunate death, the lorry driver and the banner printer have been arrested, instead of people who are really responsible for it. Please create a hashtag for such causes and trend it on social media.”

It is known that fans of Vijay and  Ajith are always at loggerheads and they trade blows on twitter over trivial issues. Reportedly, Vijay had strong words to say addressing fan wars on twitter and social media trolling.

“Online fan wars are fine as long as they don't cross the limit and meant for fun. People who spread hatred must focus and use their energies to trend them for good causes by creating hashtags.”

The actor quoted an incident about legendary MGR’s trait of respecting even enemies and opponents. “While traveling with MGR, in order to impress him, one of his aides was continuously talking negative about Kalaignar Karunanidhi. After a point, MGR asked the driver to stop the car and asked the person who spoke ill of Kalaignar to get down from the car.”

Vijay also expressed his furiousness on the issue of his fans being manhandled for putting banners and posters.  “My fans place banners and cutouts out of love and they put in a lot of effort. You can tear or destroy my banners. But do not manhandle or harm my fans on this issue. This is my request. If you still continue the same behaviour…” he just lt his words hang there to thunderous applause from his huge fan gathering.

The actor also crooned  a few lines from the song ‘Verithanam’ set to tunes by AR Rahman much to the delight of his fans.

Sam to have a quite birthday