Like Rajinikanth, Mahesh Babu's Tamil accent will be accepted by people: Murugadoss

AR Murugadoss, who is back with a spy thriller. (Photo: N. Vajiravelu)

Spyder deals with humanity and how people become insensitive to issues, with the backdrop of an intelligence agency,” reveals AR Murugadoss, the pan Indian filmmaker known for his high-action commercial flicks with underlying sensitive messages.

In an interview to DC, ARM talks about his bilingual in Telugu and Tamil, Mahesh Babu’s stylish role of Shiva — an officer in the IA and a spy, the dearth of heroine-centric films in the south, on SJ Suryah turning into a menacing villain, and his ambitious project with Rajinikanth!

“Like Thuppakki, which dealt with sleeper cells and Kaththi on farmers’ suicide, the film Spyder deal with the issue of humanity. People have lost their basic human empathy and kindness — and become insensitive to problems. For example, when there’s an accident, instead of taking any effort to save the casualties, the mentality of taking videos or pictures has increased. That aspect has been touched upon in this film,” the soft-spoken Murugadoss opens up.

On Mahesh Babu’s role, he says, “He plays a junior intelligent officer — a certain issue which he comes across, and how he deals with the threat forms the crux. He has been projected as a super-stylish dashing hero, and his good looks elevated it. The story is set in Hyderabad.”

Recently Mahesh had remarked that only great directors could do bilinguals perfectly and Murugadoss was one such filmmaker.

The maverick director comments on this — “We were to do a film ten years ago, but somehow, it got postponed. Since most of my films were dubbed in Telugu and Hindi, I was not ready to do a straight Telugu movie. When it finally materialised, I wanted to make a bilingual. It is like a parallel remake. Each scene has to be shot twice one after another! It needed enormous effort and was stressful. We had to be careful that the energy levels of the artistes were maintained also. One should get the same impact in both versions. I was comfort with Tamil and hence I shot the film in Tamil first and then Telugu.”

Mahesh Babu has walked those extra miles to get his Tamil diction correct and ARM is super proud of the star. “Mahesh knows Tamil well, but yes, I do agree that he has got a certain accent. But just like Rajini sir has an accent which is enjoyable and accepted, Mahesh Babu’s way of speaking will also be liked by the audience!”

Heaping laurels on ‘Prince’, as the actor is fondly known, ARM says, “He is a director’s hero and a delight to work with. He blindly believes the filmmaker and gives his 200 per cent. He also gives so much confidence to the director.  Despite being a superstar, Mahesh is so grounded and interacts with everyone on the sets. His sense of humour in real-life is also incredible!”

Does Rakul Preet Singh have a solid role in Spyder, we ask? “She has an important role. But if you ask me about the screen space, it will be on an entertainment level only. She will be there where audiences require relief or entertainment.”

But ARM is also the director who tweaked the Tamil film Mouna Guru and made it female-centric as Akira in Hindi — so why does he want to restrict heroines to just eye-candy roles? “When I did Ghajini also, the script demanded a strong character to the heroine. It all depends on the script. I do understand the claim though; I will change slowly in the future.” 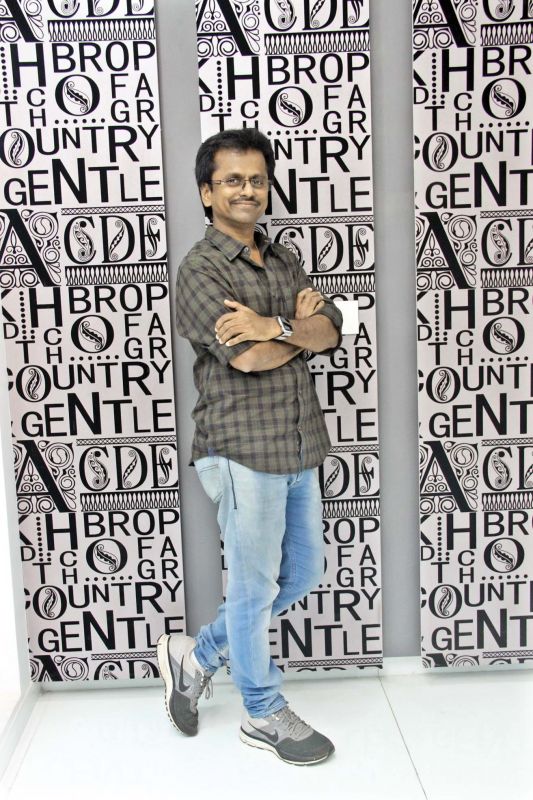 Moving on to the scenario of female-centric films in south compared to Bollywood, he asserts, “If an established director makes a female-centric film with good production value — and if it turns out to be a hit, then it will become a trend.”

While talking about his friend SJ Suryah, ARM says, “I felt he would be apt for the role of the intimidating villain; he will be talked about for his awesome performance once the film gets released in both versions.” However, he was not too keen to open up about Bharath’s role since it has been kept under wraps.
When the topic of his long-cherished dream of working with Superstar Rajinikanth comes up, he did admits that it is indeed in the pipeline. “My next will be with Vijay sir. But I have met Rajini sir and narrated a one line story, which he liked. It is yet to materialise. Soon, it will happen.” (smiles)

Talking about one of the challenging scenes he shot for Spyder, ARM says, “We shot on the arterial roads of Hyderabad with Mahesh Babu and 2000 junior artistes. We could shoot only on Saturday afternoon, and the whole of Sunday. Still, there was huge crowd and traffic — it was peak summer time.”
The magic combo of Harris Jayaraj and ARM has worked once again — “The songs are topping  iTunes already. He has given a brilliant background score,” ARM beams.

Santhosh Sivan has attempted something new visually and given a treat to the audience, the Ramana director reveals. He is also confident that the movie would pass the certification board with a ‘U’ certificate — after all Spyder has no smoking or drinking scenes, nor any club dances!

Simbu and Andrea unite for Siddharth

You’ll lose out in films if you speak up for social causes: Ameer

A fresh pair for Aranmanai 3